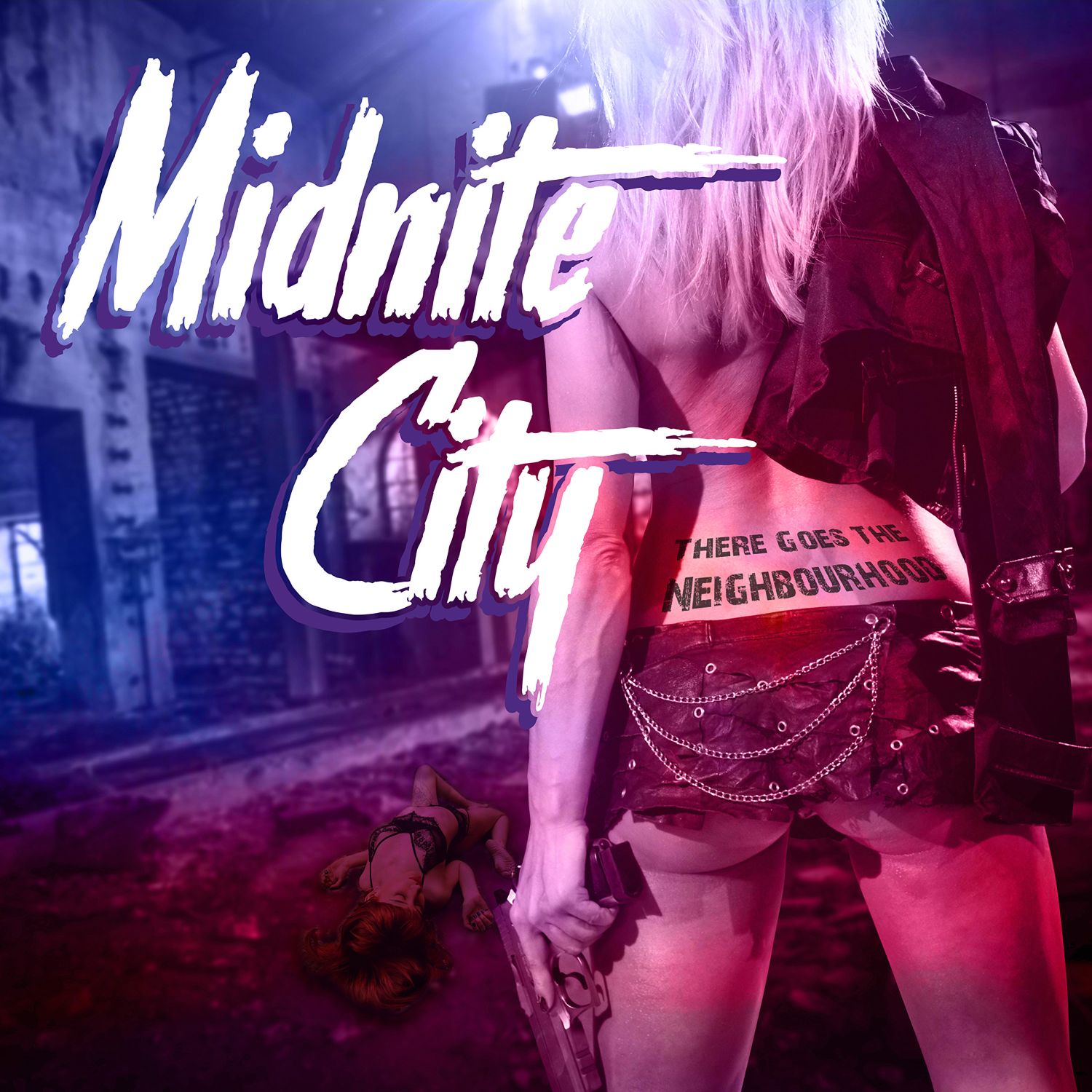 November 9, 2018 by Michel van de Moosdijk - More about our team

When you listen to the second CD of Midnite City and you are not familiar with this group judging on the music you might think that these musicians are about twenty years behind the time and hail from the USA. Their songs on ‘There Goes The Neighbourhood’ sound like bands like Danger Danger, Trixter, Poison and Bon Jovi in their heyday.  Stadium rock with big vocals, easy on the ear choirs, enthusiastic and melodic guitars, up beat drums, colourful keys and a singer in the person of Rob Wylde that could have been the front man for those above mentioned bands. Yet these boys hail from good old England, Nottingham to be exact. Already on the 2017 ‘Midnite City’ debut they showed us where their musical influences came from and earlier this year Rob and drummer/producer Pete Newdeck participated on the Nitrate CD [with Dutch singer Joss Mennen and guitarist Nick Hogg], also a CD heavily influenced by that once so popular style. Rob Wylde spent some time in the USA and plays in some other bands as well [Tigertailz being one of them]. So can we conclude that the music on ‘There Goes The Neighbourhood’ is predictable? Yes, you can do that. But in this case it does not really matter that the CD sounds familiar. Rob Wylde [known to be a big fan of Poison] and his compatriots have managed to write and record a bunch of strong tunes. The songs could be described as radio friendly but have enough kick and power, swing and variation in order to conclude that Midnite City have outdone themselves on all fronts. Newdeck has given the record a smooth yet powerful sound and no matter which song you listen to on this one, there is no reason to fault anything at all. ‘There Goes The Neighbourhood’ might be behind the times perhaps but has that much quality and ditto songs and musicianship that I could not care less. This is how big stadium rock should sound and Midnite City has delivered the goods! Big improvement compared with the debut.