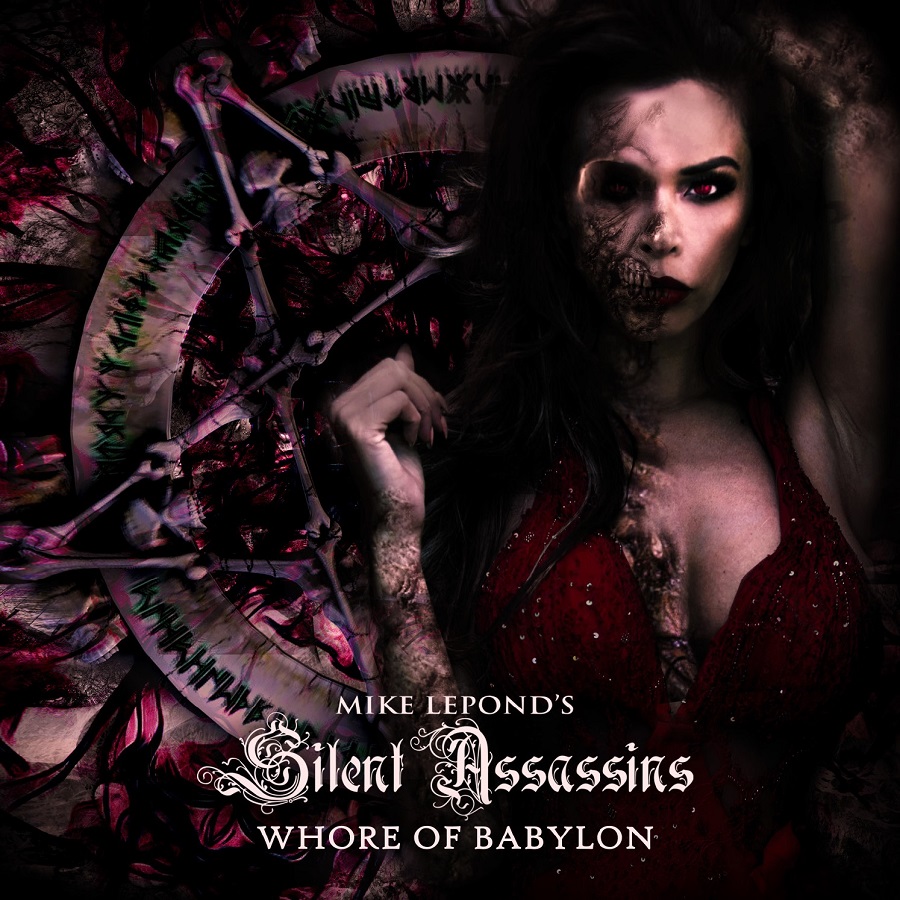 On his third album with his Silent Assassins bass player/composer and producer Mike LePond surely does not do his business in a silent matter. ‘Whore Of Babylon’ is in my opinion a big improvement on his 2018 album ‘Pawn And Prophecy’. LePond is a busy boy as he has been since a few decades an appreciated member of Symphony X and a few months ago he and his band mates in DeadRisen surprised the world with a very strong selftitled metal album. It should come as no surprise that Rod Rivera, the guitarist of DeadRisen, plays (as he did on ‘Pawn And Prophecy’) a guest role on lead guitar on various songs on this release. Basically LePond has kept his team of confidants helping him out intact. So you can enjoy once again the voice of Alan Tecchio, who has not lost any of his enormous power, reach and versatility. Alan of course has a long history in metal with bands likes Hades, Seven Witches, Watchtower and Non-Fiction. Further present Symphony X boss Michael Romeo who provided his studio and contributions on mandolin, keyboards and being responsible for the drum programming. Also guitarist Lance Barnewold and Michael Pinela (piano and also a member of Symphony X) are again part of the team. Mike LePond himself wrote all the songs, plays various types of bass guitar and rhythm guitar and he made clear in the info that came with this record that it is his goal to make sure that the youth of today is properly educated about the metal riff and ancient history (there are no boy lost girl and feels lost and lonely lyrics here). Within this band the keys play a role on the background, it is all about pure heavy metal in a style that is certainly not new (far from) but is bone crushing hard and straight in your face. There are some moments where LePond and his team take the foot of the gas pedal and at those moments Alan Tecchio shows he can do a lot more than just blast away in the high regions. But it is safe to say that ‘Whore Of Babylon’ is made up of in pure iron and steel marinated riffs, fast songs, thunderous bass explosions and some really masterful guitar work by LePond, Rivera and Barnewold. People that like stuff in the style of Manowar/Ross The Boss and are partial to some old style pure heavy metal (that sometimes goes a bit over the top) are going to enjoy this record. And as I was not so impressed (I think) with ‘Pawn And Prophecy’ I have given myself the task to get re-acquainted with that record on the double as I have nothing but praise for ‘Whore Of Babylon’ that has no weak moments at all. It is an album that gives you a right kick up the bum and one in the guts at the same time!