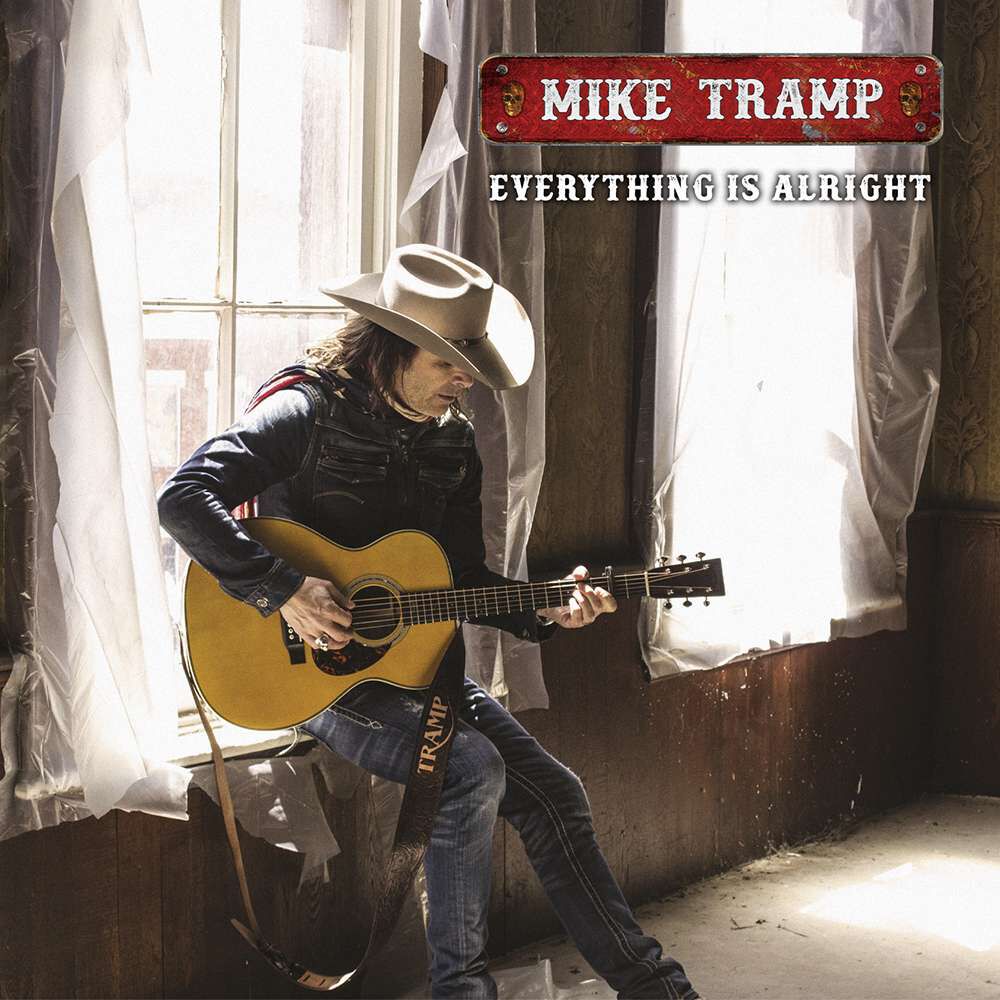 Surely Mike Tramp is a name that should ring some bells. He started out in the eighties in homeland Denmark with a band called Mabel that even put a song in trying to represent Denmark at the Eurovision song contest (which they did) before first moving to Spain and later America with his band to try his luck. Things did not work out, the other band mates went back home but Mike stayed in New York, meeting Vito Bratta when Mabel supported Bratta’s band Dreamer with whom he started the band White Lion soon after, releasing four albums that were very successful before the band disbanded. Mike moved on with the band Freak Of Nature, released several albums with them before starting a solo-career that has resulted in no less than ten records.

‘Everything Is Alright’ is a compilation album with the title-track being new as Mike, just like in the eighties, entered the Danish preliminary trials for the Eurovision song contest that is being held in Rotterdam, The Netherlands this year. Mike did not make the cut but that will not hurt him too much I suppose. Mike does not make music in the White Lion and Freak Of Nature style anymore and has not done so for some years. The Mike Tramp of today plays some middle of the road rock with some pop and slight country rock influences. ,,Everything Is Alright’’  has a slight country touch and is a nice song although not very heavy. This compilation is a very decent oversight of the last years. Being helped by excellent guitarist Soren Andersen (worked in the past with Glenn Hughes) in the last years it is actually not bad to hear Mike Tramp perform these songs. Easy on the ear at stages, sometimes rocking more solid (,,If I Live Tomorrow’’), sometimes very autobiographic (the acoustic ballad ,,Cobblestone Street’’) it seems to me that Mike Tramp is at peace with his current musical direction. Have a listen if you can as the man still is a singing force with a very recognisable voice indeed. The White Lion days will never come back but Mike Tramp has found his own little musical corner and is doing fine!