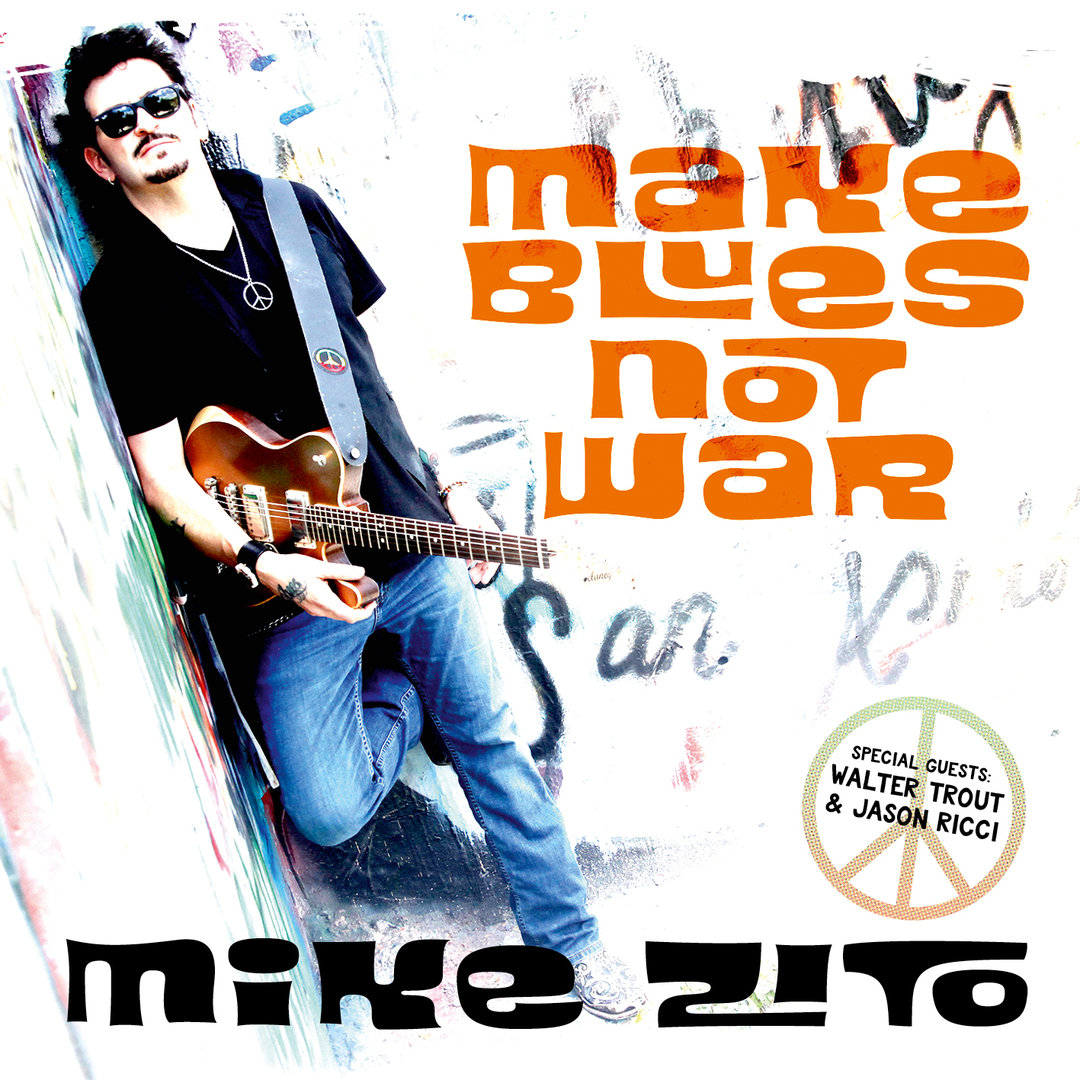 Mike Zito hails from St Louis Missouri and has released under his own name more than a handful of records. He was also involved with the band Royal Southern Brotherhood with whom he recorded two excellent CD’s and also a live DVD before leaving them and concentrate on his own career again. The singer/guitarist had his album produced by Tom Hambridge, a famous rock and country rock producer who is also an excellent drummer and talented songwriter. Hambridge is one of the main reasons that ‘Make Blues Not War’ is a fine piece of work. Already the first track ,,Highway Mama’’ shows what Zito has got to offer. Inspired, guitar driven blues rock with plenty of heavy elements. On this track you can recognise the guitar sound of Mister Walter Trout mixing it up with the slide guitar from Zito. Great beginning. The rest of the CD is also not to be missed. Not all tracks are as good as each other, but there are plenty of highlights to be found like for instance the emotional blues ballad ,,Bad News Is Coming’’ or ,,Road Dog’’ which seem to have a bit of an autobiographical lyric where Zito is concerned (‘all I ever do is leave’). Emotional and chilling to the bone. There is also a nice guitar battle between Zito and his young son Zach who grew up with a guitar in his hand, going where his old man goes (,,Chip Off The Block’’ with a rock and roll shuffle). ,,Route 90’’ is a typical fast honky tonk piano rocker, but like I stated not every song is a good as each other, ‘Make Blues Not War’ is record with plenty of variation to get excited about and suited for people who are into artists like Gary Hoey, Walter Trout etcetera.