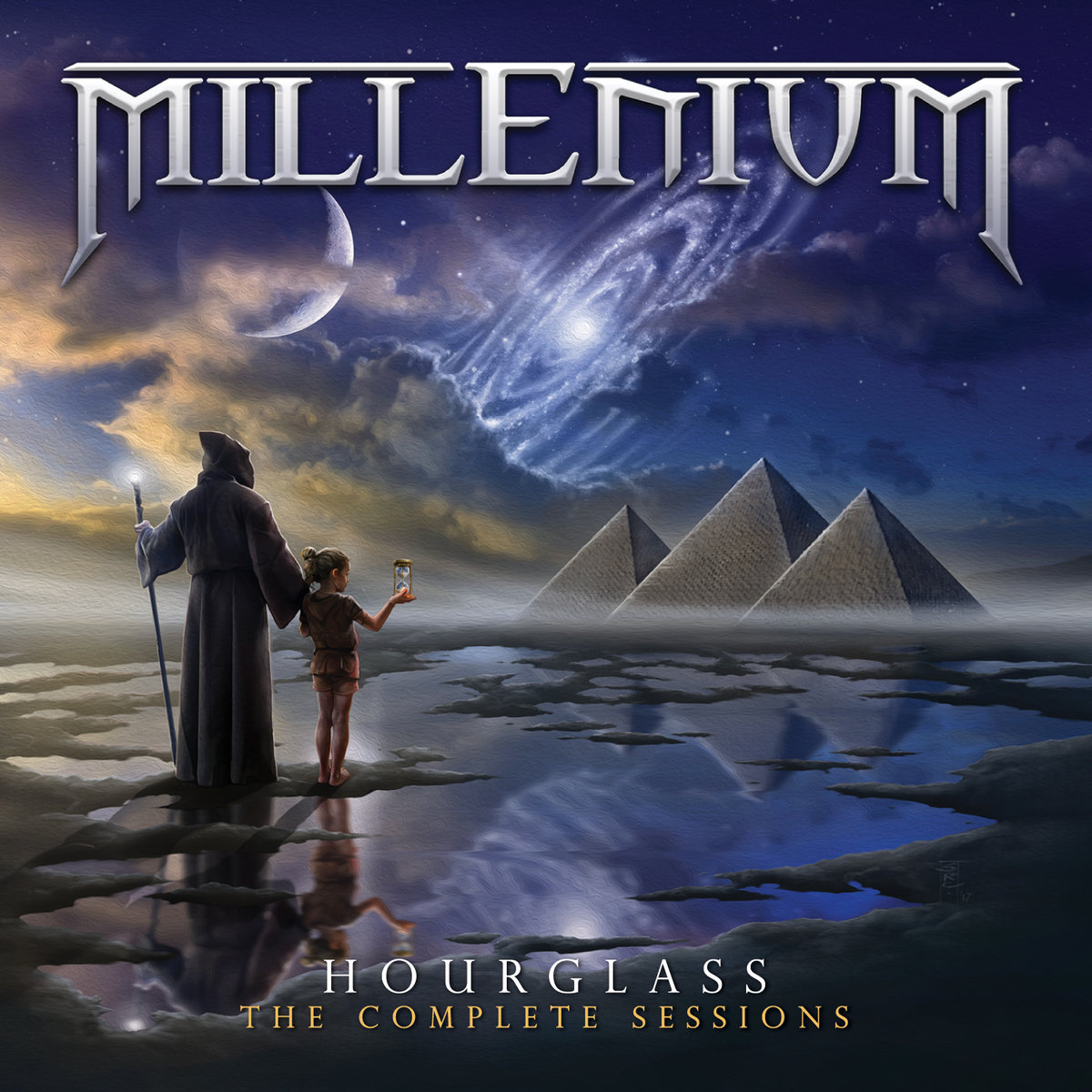 ‘Hourglass’ was released in the year 2000 (Frontiers Records) by the USA outfit Millenium who for the occasion used a young Norwegian singer who was just getting known in the scene as a powerful vocalist. His name: Jorn Lande. The singer just recorded one album with Millenium before moving on to bigger things like a solo career and bands like Masterplan. Still, ‘Hourglass’ was in those days a definite highlight. The ten songs on the CD were a fine example of melodic heavy rock, with beautiful guitar work, clever song arrangements and of course Jorn showing of his vocal talents. Now, seventeen years later this CD has been released again, completely remastered by Jamie King and with an extensive interview with several band members like the guitarists Shane French and Ralph Santolla, who also gives his view on Jorn Lande and their time together plus comments about some guests that played on the CD like TNT guitarist Ronni LeTekro and Deep Purple’s Don Airey. All complimentary comments of course. Have not heard the CD for a while now, so it is nice to get reacquainted with excellent tracks like ,,Power To Love’’, ,,Chasing Time’’, ,,Hourglass’’ and ,,Wheels Are Turning’’. What makes this re-issue so interesting? During the sessions the group recorded a bunch of songs that never made the cut including four cover versions of ,,On And On’’ (Michael Schenker Group), ,,I Surrender’’ (Rainbow’’), ,,Jane’’ (Jefferson Starship) and ,,Love Is Like Oxygen’’ (The Sweet). I do remember that ,,On And On’’ was the first track of the in 2007 released Jorn Lande CD ‘Unlocking The Past’. These cover songs really give this CD a lot of extra value. Especially Jorn is so good on ,,Jane’’ and ,,I Surrender’’, that he even outshines the original singers of the song Mickey Thomas and Joe Lynn Turner. And what the band did with ,,Love Is Like Oxygen’’ is just as amazing, adding a beautiful instrumental part halfway through the song before returning to the original, giving this classic tune a completely different taste. Add to that a couple of left over studio songs that have been included (,,Rain’’ and ,,Anybody’’) and you have a CD that would not make a bad figure in today’s melodic rock movement. Not a bad figure at all!