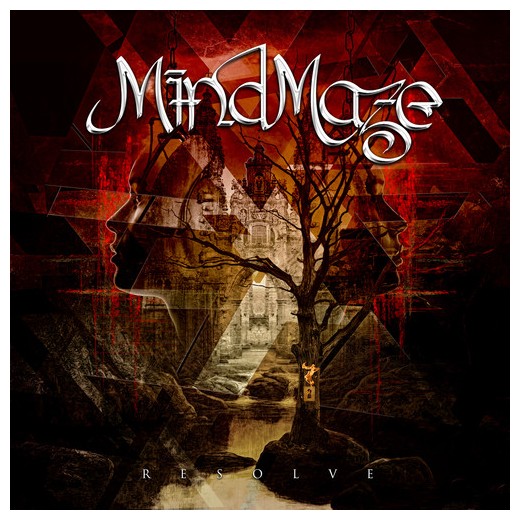 MindMaze is formed around brother and sister Jeff (guitar/keyboards) and Sarah Teets (vocals) plus drummer Mark Bennett and bass player Rich Pasqualone. This group financed their first CD in 2013 before being snapped up by Swedish Inner Wound Recordings who released their second and now their third CD ‘Resolve’, where the band comes up with a concept. According to the musicians they are heavily influenced by Queensrÿche, Dream Theater, Iron Maiden and Savatage which to some extent shines through in the music. Especially the neo-classical guitar bits from Savatage come to the surface in the playing of Jeff Teets, while the music can be seen as a mix between metal and progressive rock. So far so good, right? Well, there are some decent bits on hand like the instrumental neo-classical track ,,Sanity’s Collapse’’ and ,,One More Moment’’ is a nice example that MindMaze does combine metal with progressive influences. But sometimes the songs lack real quality and Sarah Teets who likes to reach the high notes on occasion never seems to get there completely. With this kind of music you need a singer with a voice that is a bit rougher around the edges. Sarah sounds a bit too timid for this type of metal. And to be honest I have not heard too many elements from the above mentioned bands that MindMaze have used to their advantage. One of the many CD’s in the genre that is nice to hear once or twice, but not one that will make a lasting impression, although that Spanish acoustic guitar suddenly rocking up in the track ,,Twisted Dream’’ is a pleasant surprise.