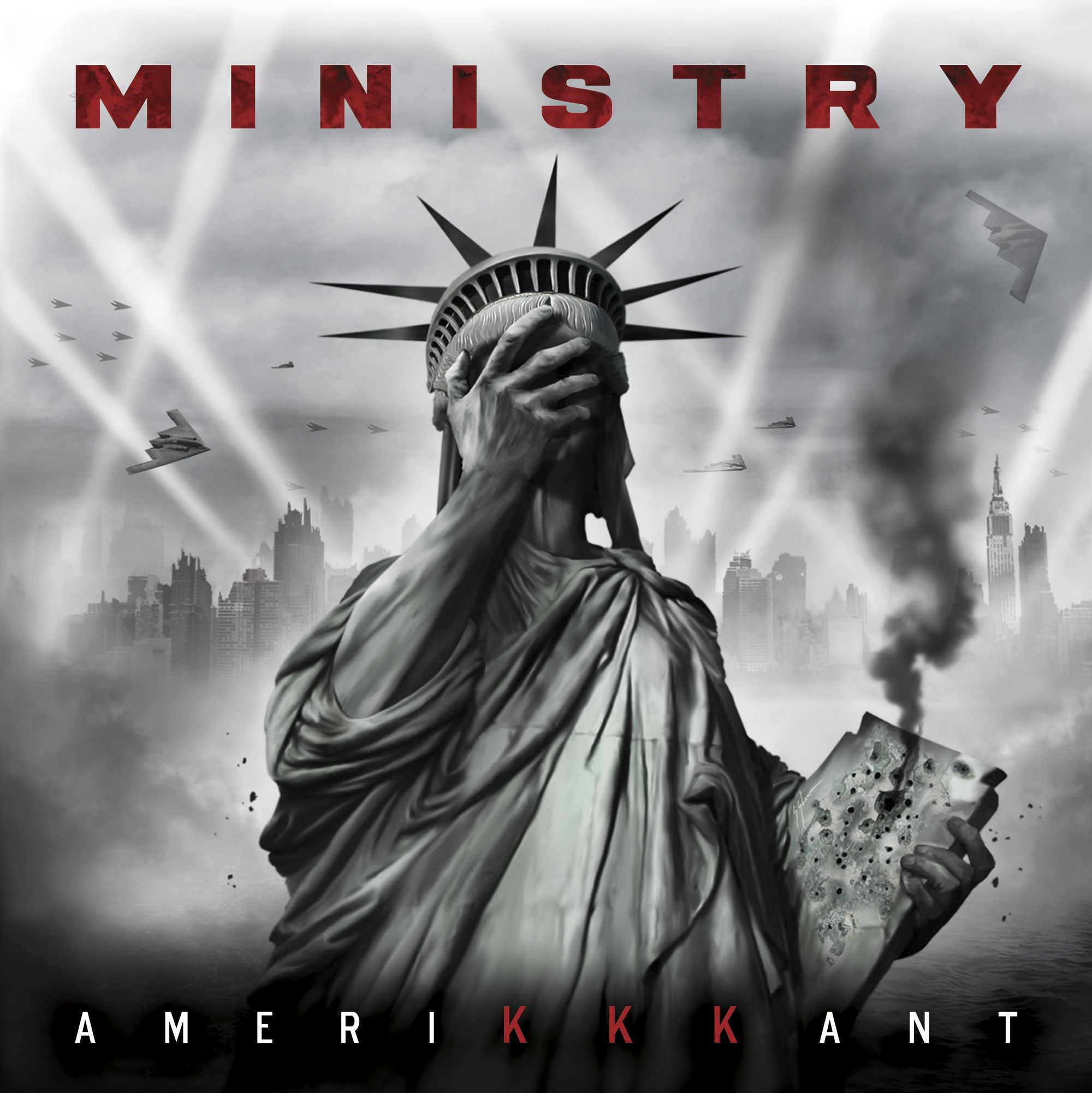 Five years ago, Ministry main man Al Jourgensen declared the band as over, done, dead…yet again, as it wasn’t the first time Uncle Al had enough of it. This time for good reason: his long time guitarist, Mike Scaccia died of a heart attack. But the veteran industrial metal band couldn’t resist to come back again. They once fought a stupid dumb ass president called George W. Bush, so it is no surprise that in a time of an even dumber person by the name of Donald Trump, Al had to come back and protest in his own way, throwing the meanest industrial riffs possible at the current administration.The brand new nine track album is a soundtrack to the apocalypse, the melody of destruction, a farewell note to the new world with a “leader“ in charge that could ruin the whole planet. ‘AmeriKKKant‘ is definitely not Ministry‘s best album, but it is a life sign,it  is a statement against an evil power that took over and is growing over the planet like a disease. If this stupid dip shit will reign at least for four years, be sure, Al Jourgensen will have a lot of ammunition to shoot at him. People should start to listen, open their eyes, and make sure, history won’t be repeated again. Thank you to Uncle Al for fighting the evil since 1981 and never getting tired of it.