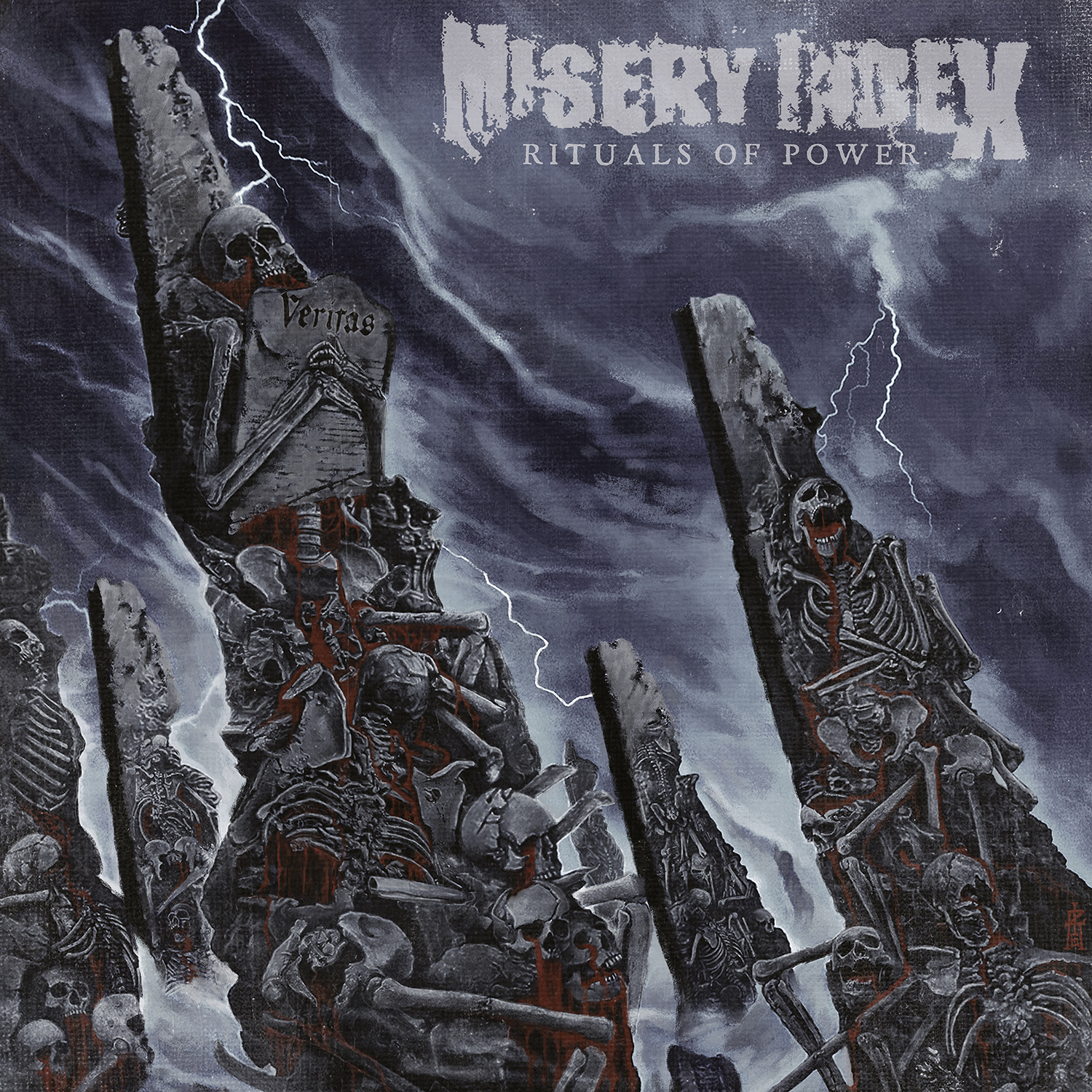 Misery Index is one of the stalwarts of the death metal scene. The band runs its own record label, Anarchos Records, tours fanatically to promote their music and keeps delivering strong record after strong record. Especially since their album `Heirs To Thievery’ they seem to be on a winning streak. Their style of death metal is completely unpretentious. They play an adrenaline fuelled style of death metal that invites you to holler the chorus of their songs with a beer in your hand. To be clear, I don’t mean this as a slight. On the contrary, this is one of the aspects I really like in their music. `Rituals Of Power’ opens with ,,Universal Untruths” which is a relatively slow song. It works kinda like an intro song. The theme of ‘truth’ and ‘untruth’ runs through the whole of the album. `Rituals Of Power’ is not a concept album but it is build or structured around those two concepts. After ,,Universal Untruths” ,,Decline And Fall” shoots forward with the appropriate speed for a Misery Index album. Most of the choruses on Misery Index albums are shouted in unison, a bit like, but not exactly like, the so called gang vocals by Accept. Guitar solos are sparse and short but that fitting within the genre. Jason Netherton’s vocals can best be described as a mid range grunt. He doesn’t vary much in his delivery something I would have liked to hear him do a bit more. `Rituals Of Power’ is again an excellent and energetic album that gave me the urge to throw some furniture around. For me, the stand out track is ,,New Salem” that deals with the Salem Witch trials in modern form. In the end `Rituals Of Power’ is a great album to listen to with your friends, have a beer and just enjoy the metal.