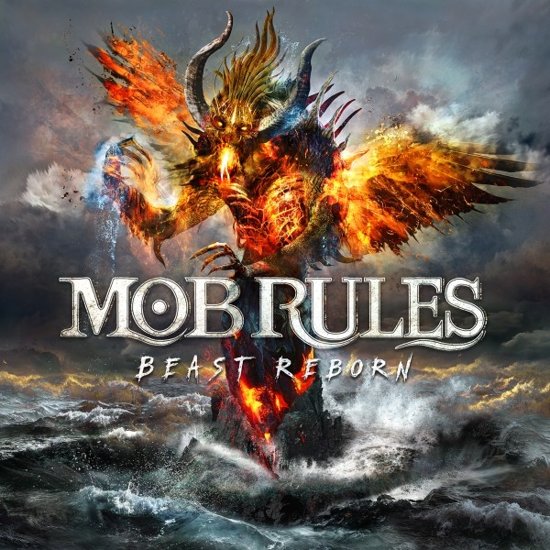 On their 9th studio album the German melodic and metallic rockers of Mob Rules stay true to their roots. Singer from day one Klaus Dirks has seen a bunch of band mates come and go through the years but one way or another he has kept Mob Rules going. The latest recruit is guitarist Sonke Janssen who took his guitar lessons from Sven Ludke, the first guitarist and main composer of Mob Rules. These days also keyboardist Jan Christian Halfbrodt, bass player Markus Brinkmann and drummer Nikolas Fritz are part of the outfit. Musically not a lot has changed. The band is still producing a very solid combination of melodic rock with a few progressive and metal influences added for good taste and measurement reminding me style wise of bands like Masterplan. The title track is just a short instrumental intro before ,,Ghost Of A Chance’’ get things really rocking. It strikes me that Mob Rules has made a strong track selection, mixing faster songs up with more mid-tempo tracks basically making sure that ‘Beast Reborn’ keeps a steady pace and variety. Luckily Mob Rules has managed to write a couple of excellent songs as well giving their CD some welcome highlights accompanied with strong instrumental and vocal performances. ‘Beast Reborn’ is not going to steal first prize for originality but is an album that can stand on its own two feet and stand tall as well. A solid rock record with stamina!