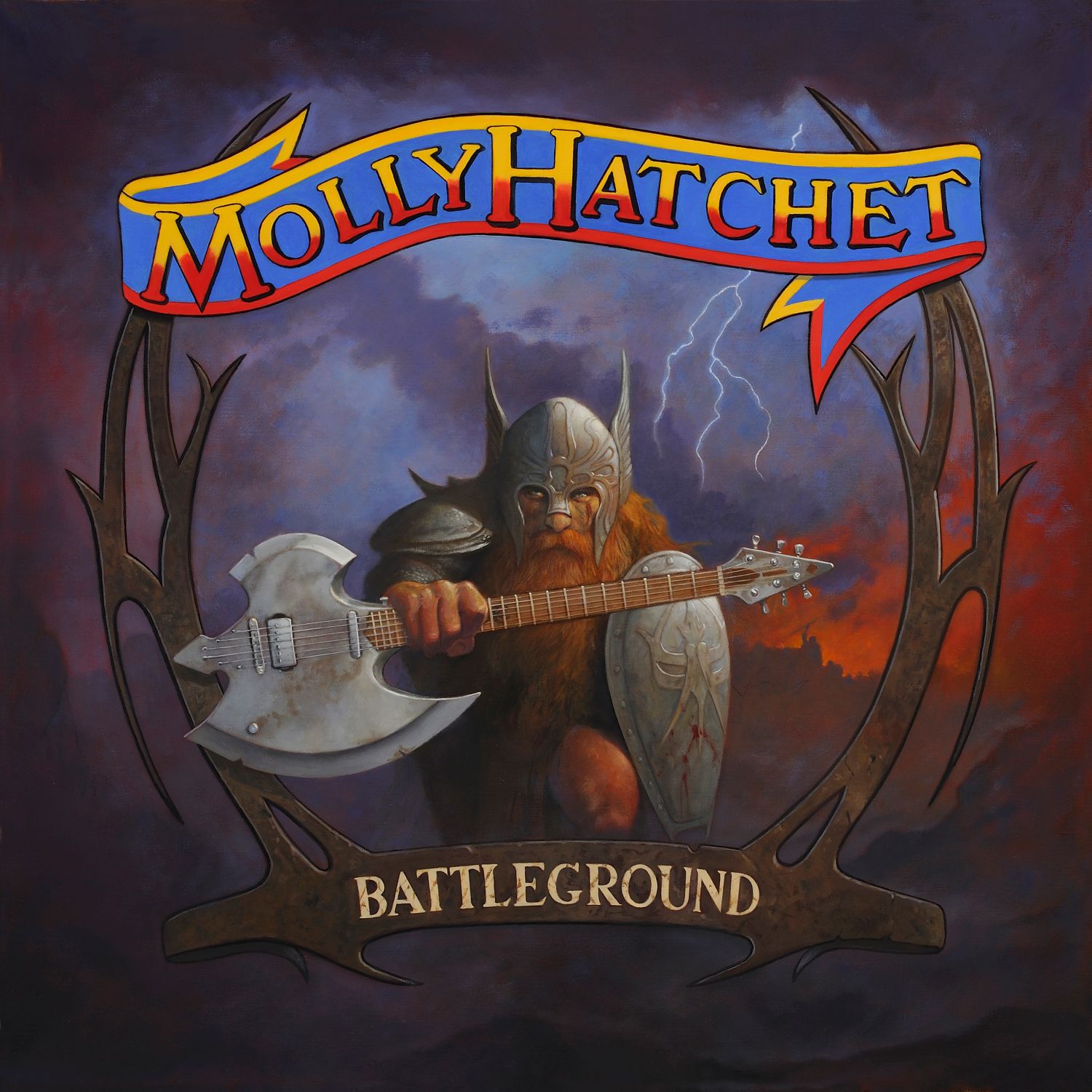 It has been a while since we heard something from the southern sons of Molly Hatchet. The only news we received was sad. One of the founding members Dave Hlubek died in 2017 and in April this year singer Phil McCormack passed away. The mortality rate in this band has been extremely high anyway. All singers that the band had (Danny Joe Brown, Jimmy Farrar and Phil McCormack) have passed away, as have other former members like Riff West, Banner Thomas (both bass guitar), guitarist Duane Roland and drummer Bruce Crump. It is astonishing that the band always managed to get over these losses and battled on under the undisputed leadership of guitarist Bobby Ingram who became the sole owner of the name and the trademark Molly Hatchet a few decades ago. The recent loss of McCormack has been hard and completely unexpected but with new singer Jimmy Elkins as his replacement and an upcoming European tour nothing seems to stop these southern rock icons. Europe has been the main territory for Molly Hatchet. ‘Battleground’ is a 2-CD live registration. I have read some reviews and sometimes I wonder whether people really listen or have any ‘f***ing’ knowledge. These recordings are the swan song of Phil McCormack and just to publish that Elkins is singing on ‘Battleground’ is just beyond me. The 40-year anniversary tour since the release of their first album the band did was the last with McCormack and was recorded during two shows in Switzerland and Germany. I can understand that it was decided to release this record as it was the last thing McCormack did and the band is touring soon so a record to promote was necessary. Understandable I guess but why not record a new studio album with Elkins and then tour? I mean the last studio-album ‘Justice’ was released in 2010 although the cover album ‘Regrinding The Axes’ was released in 2012, so a new studio record is long overdue. That is not the case at this moment. ‘Battleground’ is a fairly strange record. You hardly hear any public/fans on the recordings and some songs have been strangely re-arranged. I mean just a half version of ,,Fall Of The Peacemakers’’ (way too short) and the semi-acoustic version of ,,Edge Of Sundown’’ (originally recorded by The Danny Joe Brown Band in 1981) are not really what I had expected, although I don’t mind the way the band has done ,,Edge Of Sundown’’ with a big role for long time member John Galvin on piano and keyboards and close harmony vocals which are not really a trademark for Molly Hatchet. About the song choices the band has made on this album you can have a different opinion as well. As always the old stuff from the first albums gets priority but there are so many other songs that the band has recorded through the years that would have deserved a spot on ‘Battleground’ as well (for instance the guitar driven ,,Saddle Tramp’’ or ,,Tatanka’’). So is ‘Battleground’ a genuine Molly Hatchet live-record that all fans should buy? Because it is the swan song of Phil McCormack it might be but all in all the record does not really blow me away. Yes, there is tonnes of guitar work and John Galvin is extraordinary good at times but for a live-record it sounds a bit too ‘cleaned up’. The real roughness that always was the trademark of a Molly Hatchet concert is not there at times. Anyway, there you have it. Soon to be seen in Europe with new vocalist Jimmy Elkins and hopefully 2020 will bring us a new and inspired studio-CD. Originally started in 1971 by Dave Hlubek there is still life in this band, that is for sure and knowing Bobby Ingram he will keep the spirit of the South alive as long as he can.