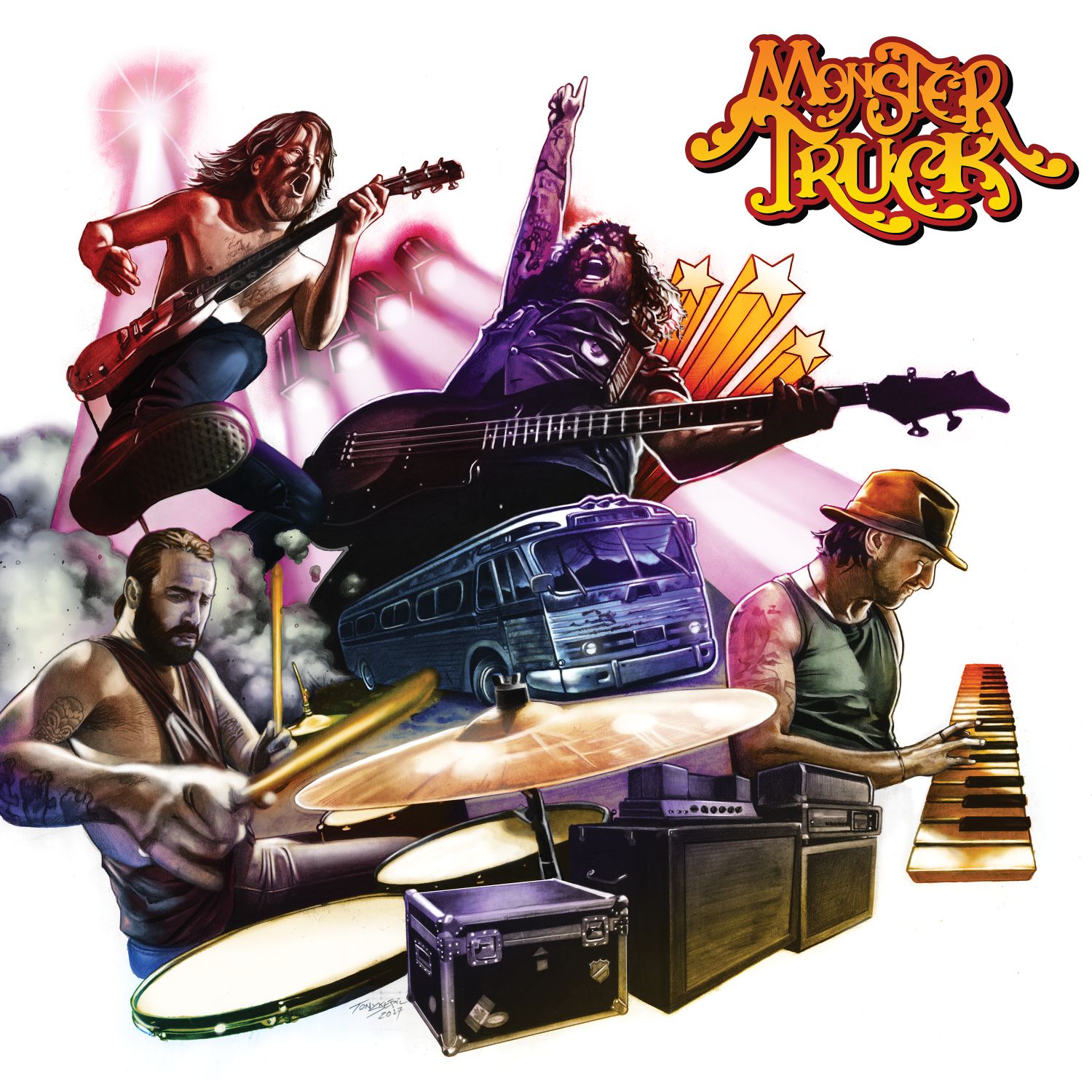 September 9, 2018 by Michel van de Moosdijk - More about our team

Are you a true rocker? Are you? Really? Well, in that case you can’t ignore the third full CD of Monster Truck, the band from Hamilton, Ontario, Canada formed around bass player/vocalist Jon Harvey and guitarist Jeremy Widerman. Their second CD ‘Sittin’ Heavy’ was already a simple but very effective hard rock explosion with a no nonsense attitude buzzing through the music. ‘True Rockers’ is for most of the duration of the CD more of the same but the songs sometimes have a more subtle approach and depth (which is caused mostly by the supporting role of the keys). For instance the bluesy ballad ,,Undone’’ is a real shining star while ,,Young City Hearts’’ is not as raw as most of the other tracks. But let there be no misunderstanding about Monster Truck. These boys play loud, do not compromise and proclaim their love for our beloved music with mucho gusto. Even Dee Snider with his guest appearance on the title track shall agree that these dudes mean business with buzzing and fuzzing songs like ,,Thundertruck’’, ,,Denim Danger’’, ,,Being Cool Is Over’’ and the killer ,,Hurricane’’. With a beer in the hand and the volume on full blast you just can’t go wrong with ‘True Rockers’!