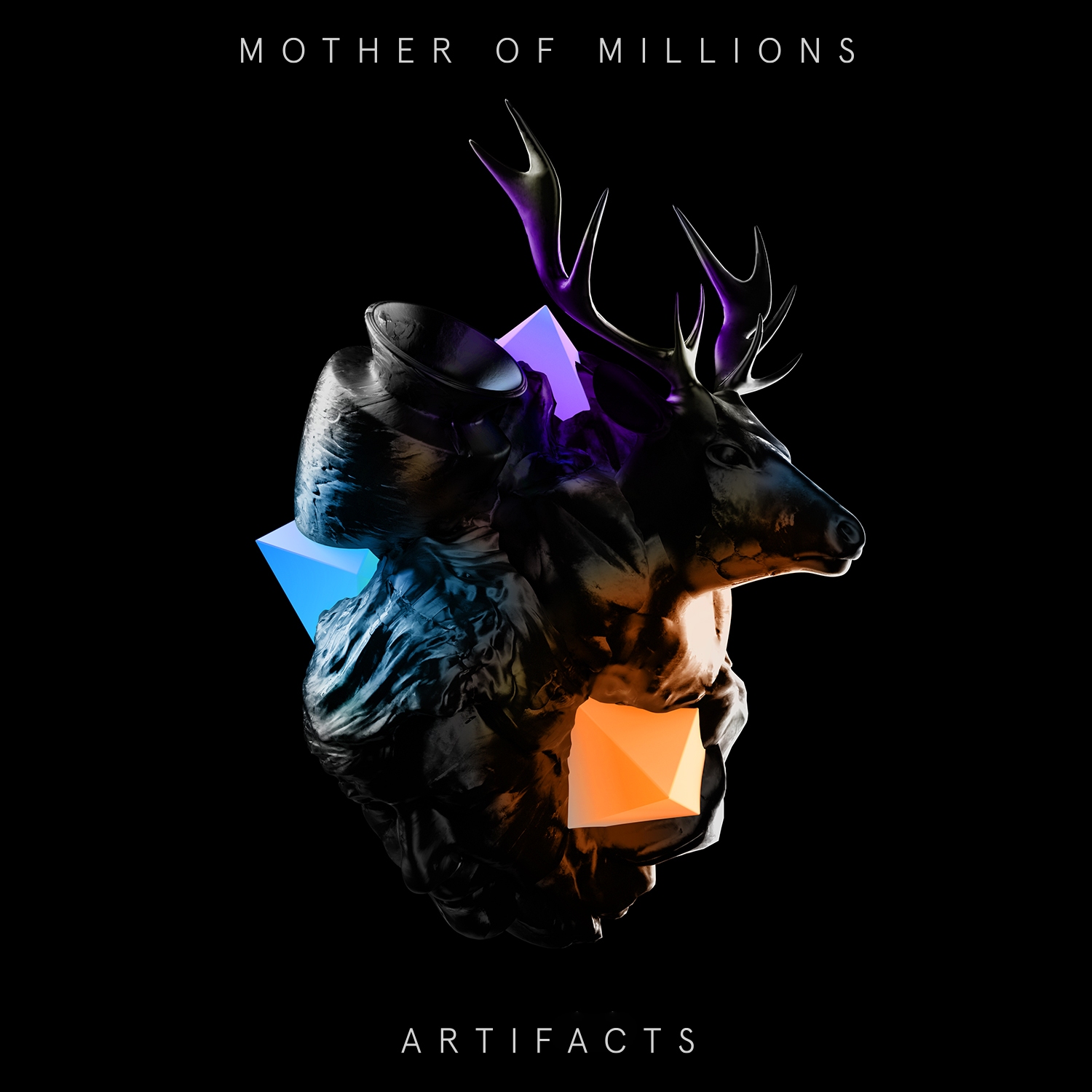 The progressive/alternative metal quintet Mother of Millions hails from one of the world’s oldest cities; Athens in Greece and delivers with the album ‘Artifacts’ their third studio album. ‘Artifacts’ is the follow up album of their 2017 released album ‘Sigma’; an album that received quite some positive reviews within the Prog community and the global music press. All this positive exposure lead to a sold-out headline show in Athens, some prestigious opening slots for Textures’s Farewell Tour and Ruud Jolie’s For All We Know as well as the honour to share the same stage with some prominent acts within the Progressive Metal scene such as; Oceans of Slumber, Leprous, Devin Townsend and Pain of Salvation.

After listening multiple times to ‘Artifacts’ I can only conclude that we will hear and see much more of Mother of Millions in the near future. This album grabbed my full attention upon its first spin and never let me go ever since. From the moment I heard the beautiful ethereal vocal intro of album opener ,,Amber’’ I was hooked and totally immersed within the sound that is Mother of Millions. Admittedly, the sound of Mother of Millions is not exceptional original but it is the beautiful execution of performing, songwriting and the overall production that makes me want to listen to this album over and over again. I am convinced that anyone who has a soft spot for bands such as Katatonia, Pain of Salvation and Anathema can get something positive out of this album. I think it’s also worth mentioning the incredible voice of George Prokopiou. The singer is blessed with a voice that is very similar to voice of Anathema’s Vincent Cavanagh [mixed with a slight touch of Gavin Hayes from Dredg]. The similarity with Vincent Cavanagh’s voice is clearly noticeable during the epic album closer ,,Artifact’’ where George Prokopiou demonstrates the full capacities of his pipes. This song is my personal favourite of this album, especially the moment when a beautiful spoken voice by a Greek female enters the song and the band descends into an epic finale of the song. Again, this song sounds very much as a modern-day Anathema song but I still get instant goosebumps whenever I listen to it! It goes without saying that I recommend this album to any Prog aficionado who is into moody, atmospheric and melancholic Metal and to those who are into the aforementioned bands.