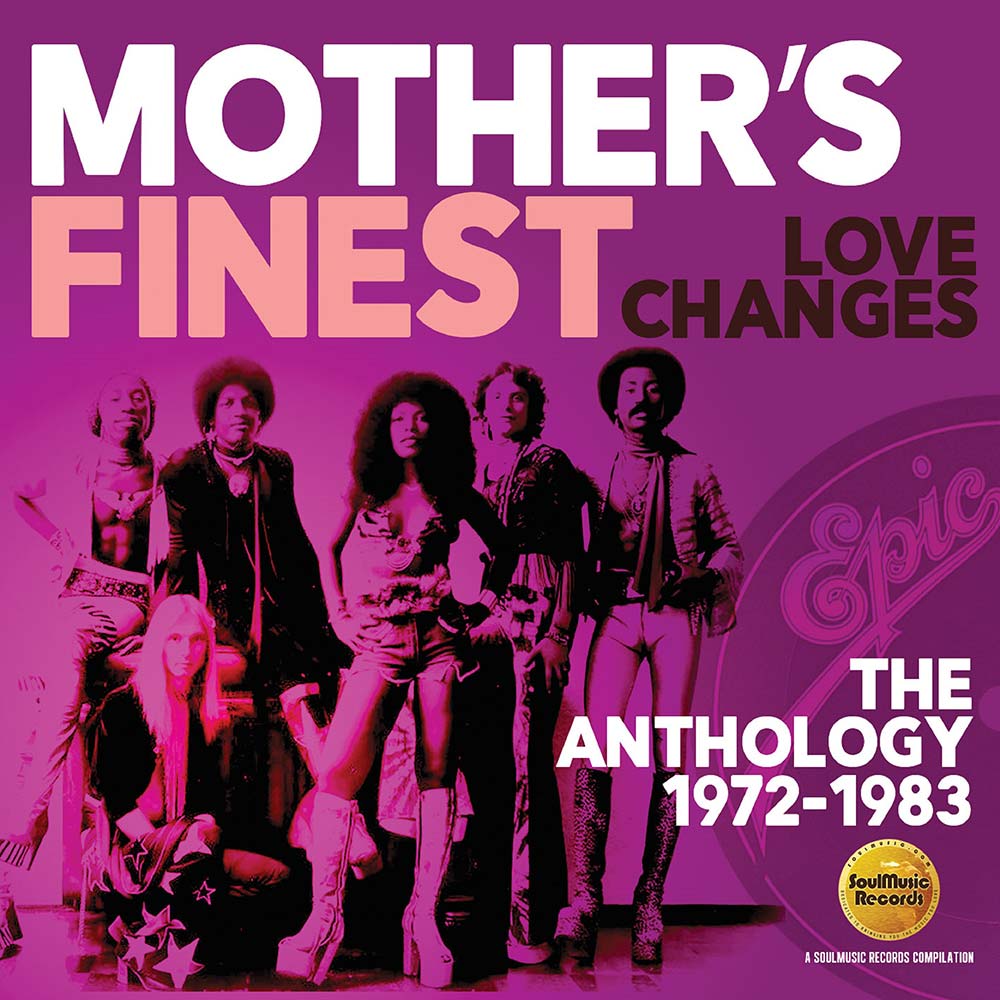 In the months of April/May Mother’s Finest toured again in Europe, the continent that embraced the band in an early stage of their career. Hey, this group has been around since 1970 and although they had a few years of not being that active, the bond between the band members was strong. It is nothing but justified that this hard working outfit is being honoured with this Anthology 2-CD that focusses mainly on the first one and a half decade of their existence. The story that is told in the booklet is quite intriguing. It tells about the way that female singer Joyce Kennedy met up with her life partner and co-founder Glenn Murdock, how the duo got involved and slowly but surely battled their way through and recruited the other members like guitarist Gary ‘Mo’ Moore (no, not the Irish guitar hero-RIP), bassist Jerry ‘Wizzard’ Seay (now known as Wyzard), drummer Barry BB Borden and keyboardist Michael Keck. Mother’s Finest started out as a band that combined funk, soul, R&B and rock and created a style of their own, with the mighty voice of Joyce (a.k.a. Baby Jean) being their main weapon. They became heavy enough for rock lovers to listen to them, yet accessible enough to keep the attention of a more funk and soul orientated audience. And people really started to notice this band when a few hits were scored with the tracks ,,Baby Love’’ ,,Mickey’s Monkey’’, ,,Piece Of The Rock’’ and ,,Fire’’. Around the beginning of the nineteen eighties with the music market changing the band decided to go for a much heavier approach. After they toured with AC/DC style changing decisions were made. Michael Keck left the group and the band came up with the album ‘Iron Age’, blasting themselves right into the metal/heavy rock market. That album changed the audience a bit. I remember seeing the band live around that time in The Netherlands (always a country that welcomed the band with open arms) and was blown away with their power and the voice of Baby Jean. Years later the world raved on about a chick called Anastacia and that her voice was so unique. It was but Joyce Kennedy was doing what Anastacia did already for a long time and never ever got the recognition and credits that she deserved. Nowadays the band still rocks hard with Glenn, Joyce, Mo, Wyzard, drummer Dion Derek (the son of Joyce and Glenn) and guitarist John Hayes, who basically lives in The Netherlands, keeping their legacy alive with great shows and albums. This Anthology is more about their early days, especially the first CD features a lot of the funky rockers while the second CD more or less highlights their first real hard rock efforts with songs like ,,Evolution’’ and ,,U Turn Me On’’. If you are not so familiar with their first years, well, this release is a perfect chance to get to know them as they started out so many years ago. This digitally remastered record has a stunning live recording of Jefferson Airplane’s ,,Somebody To Love’’ as well as single edits and it does contain all the relevant songs that helped mark a long and stunning career for this Atlanta, Georgia based group. Hopefully they’ll be around for many more years to come.