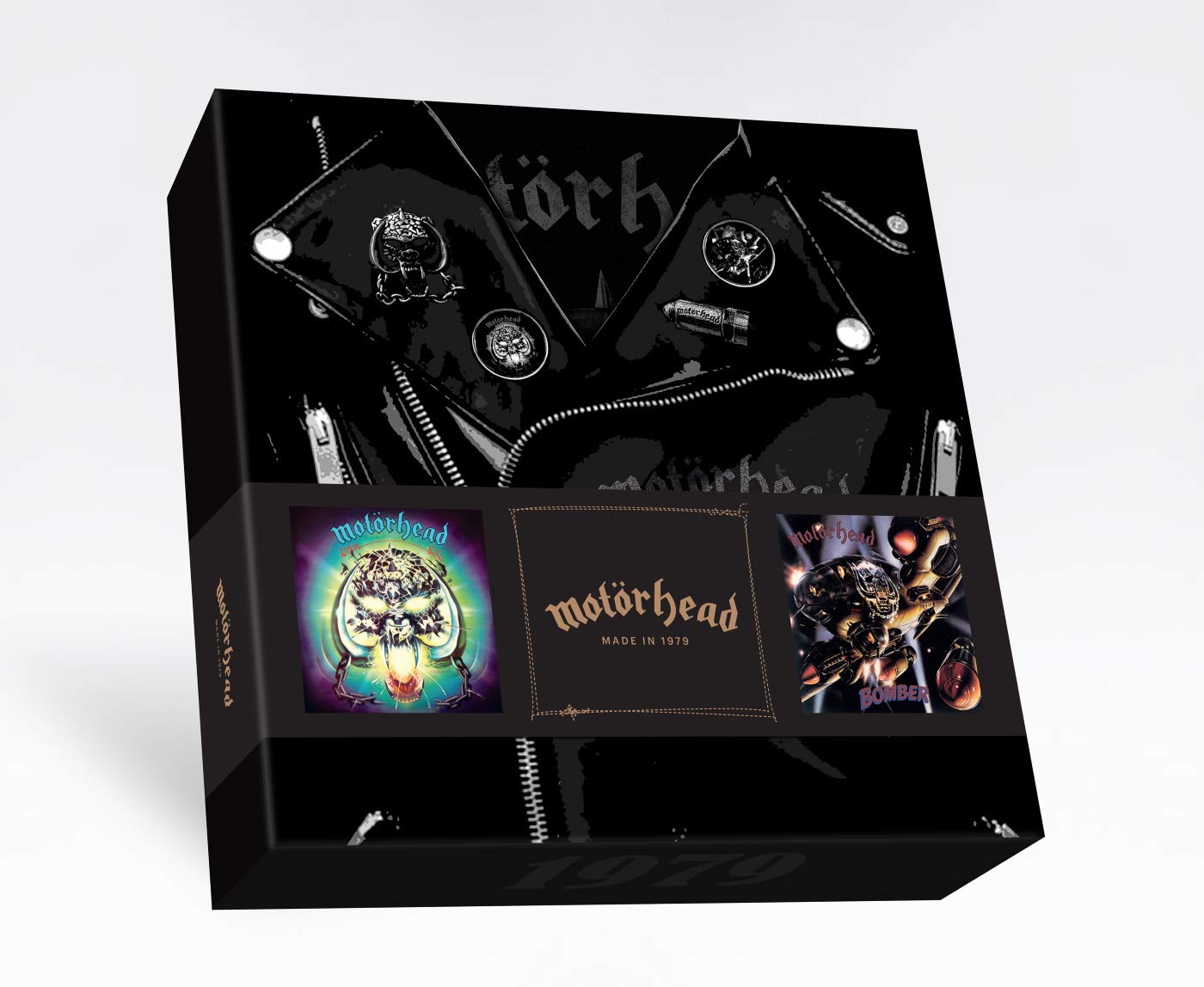 For fans of this iconic band I suppose this Deluxe Boxset is something like a dream come true. In that year the band released the albums ‘Overkill’ and ‘Bomber’ which are both included in the box for starters. Then there are two full concerts Lemmy, Phil Taylor and Fast Eddie did that year and that were recorded. On March 31 they played at Aylesbury Friars and about 8 months later they played Live At Le Mans. Footage of those concerts has never been issued before until now. Then there are B-sides of singles, plus alternate versions of some of the more famous songs (there are 66 tracks included in total), a 40 page book, a 1979 tour book and many other gadgets that a real fan will appreciate, resulting in your ultimate look back on 1979, the year in which Motörhead really made themselves noticed big time. There are I believe several versions of this set including one with a 7 vinyl LP version. It might be a big assault on your bank account as well, but hey, everyone at least can decide for themselves if you want to spend a substantial amount or not. The sound quality is reasonable. I can’t say that everything sounds superb but with this band it always was more about attitude and pure rock and roll and that does not always have to sound perfect to bring the message across. You must realize though that several songs are featured several times. And I must also put a point of criticism across. The three musicians performing the music are no longer with us and believe me, they left a big legacy and will always be remembered as ground breaking performers. The release of this box….is it a record company trying to cash in one more time? Or is this so unique that you just have to release it in order for fans to complete their already huge collection of Motörhead records Was this box really necessary? Does it add anything to the legacy of Lemmy and company? I suppose the answer is up to the ultimate fan of this band.