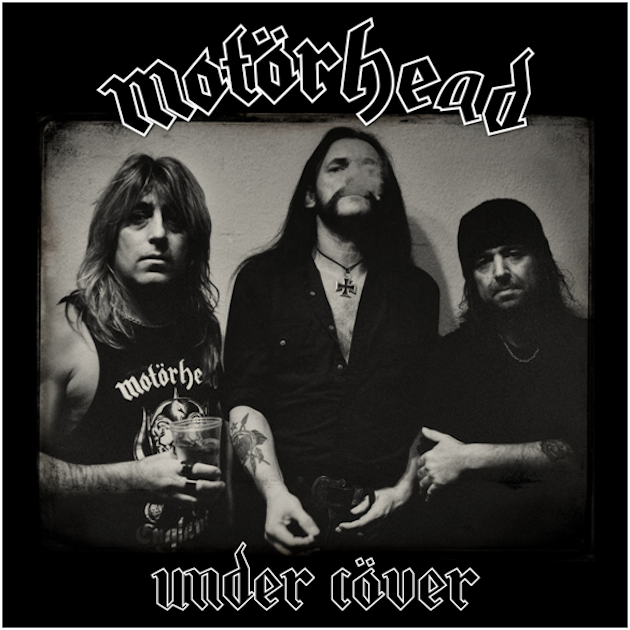 September 5, 2017 by Michel van de Moosdijk - More about our team

Although rock icon Lemmy passed away at the end of 2015 his name, reputation and music is still on a lot of people’s mind and soul. And so it should be, because he has played an important role in the rock and metal world. I just hope that his legacy will not be smeared and disturbed by obscure releases as has happened to other icons that passed away. I hope that his family looks after his music just as good as Donal Gallagher did when his talented brother Rory Gallagher died. ‘Under Cöver’ is a compilation of cover songs that Motörhead recorded since 1992 until 2015 when ‘Bad Magic’, the last studio record with Lemmy was recorded. Most tracks you will know I guess as for instance Ted Nugent’s ,,Cat Scratch Fever’’ and the originally for Ozzy Osbourne written track ,,Hellraiser’’ were featured on the 1992 CD ‘March Or Die’. Through his entire career Lemmy liked to cover other bands or peoples songs, as long as he saw it as fun and something worthwhile to do. How many times have you seen him pop up during a show from another band coming on stage, playing along a tune or two? The man loved the stage and even while he was sick and maybe not even capable to perform, he did not want to let his fans down. He showed up and did his thing. That is one of the reasons that ‘Under Cöver’ is a must have release for his fans. Okay, you have heard Metallica’s ,,Whiplash’’ of Judas Priests ,,Breaking The Law’’ in a Motörhead version before, there are still some good songs on here that you maybe are not familiar with like a quite emotional version of David Bowie’s ,,Heroes’’ (one of the last tunes Lemmy ever recorded), a Rolling Stones tune ,,Sympathy For The Devil’’ while also the duet with Saxon’s Biff Byford on the song ,,Starstruck’’ is only a 2014 version. And as always, Motörhead made the songs theirs with Lemmy’s voice, Phil Campbell’s guitar and Mikkey Dee on drums leaving no stone unturned. Even the evergreen ,,God Save The Queen’’ (Sex Pistols) in a Motörhead version is great to hear, but also that track should be known to you.. But as I said earlier, whatever material is still on the shelves and is maybe considered to be released later, I hope that it will pay tribute to the legacy of a man that was a true rock and roll star but managed to let fame not go to his head.