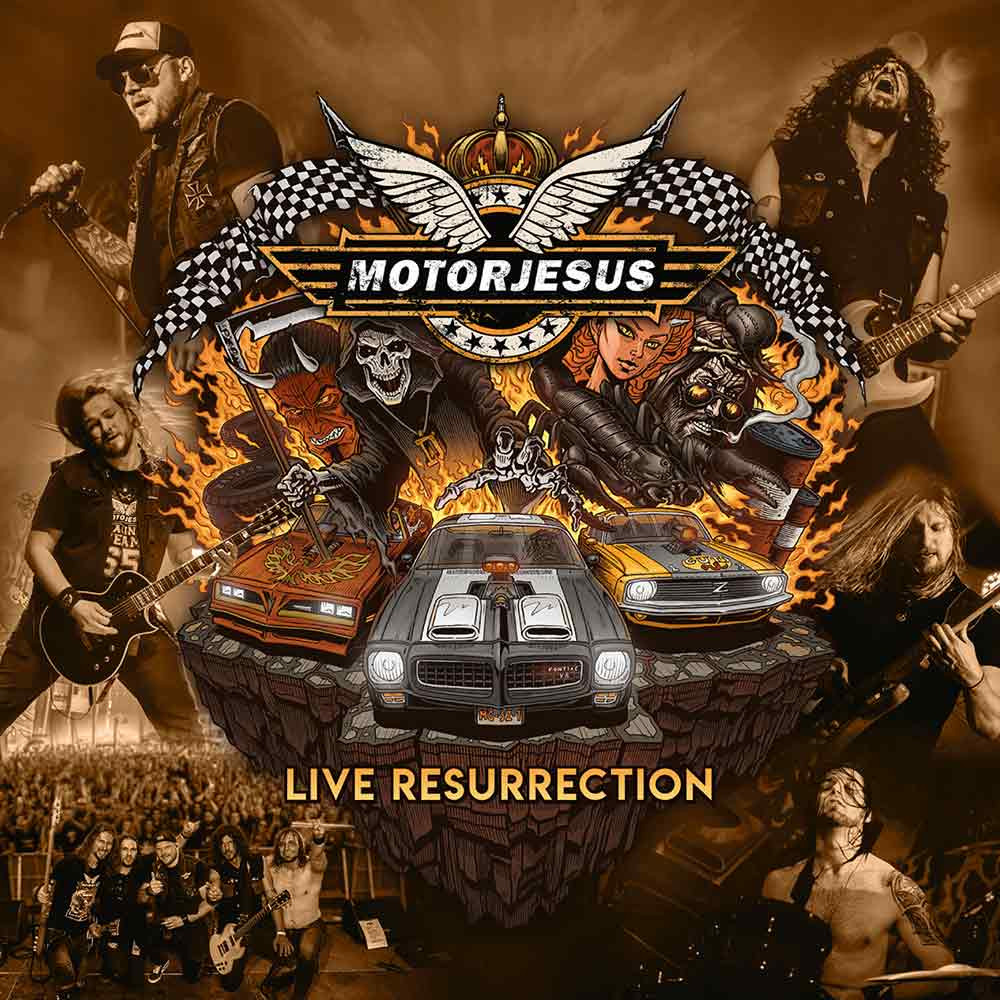 December 8, 2019 by Michel van de Moosdijk - More about our team

At the end of their tour to promote their latest studio record ‘Race To Resurrection’ the boys of Motorjesus were able to record their last two shows and that has led to a 19 song album that is filled with loud, wild and high energy melodic heavy metal served with a huge dose of humour and anecdotes. As these shows were performed in Germany singer Chris Birx has done all his announcements in his native German language. If you don’t understand that language you really miss some hilarious moments as the singer is full of beans and has got plenty of funny things to say when he announces the songs. And yes, he can sing as well, as also the band can play. Toward the end of a tour you often find that a band has picked up tightness and in some cases also speed and tempo. That last element is something that just creeps in as is it fed by enthusiasm through the audience as well as the musicians. So it is not strange that Motorjesus goes full throttle all the way on ‘Live Resurrection’ and nonstop as well. It is a joy to hear these German lads bombard the audience with a mix of their repertoire with old and more recent songs fighting each other to become a highlight. But the highlight is the whole performance, no holds barred, full of pace and energy and yes you might even hear a little overenthusiastic things in the performance, but hey, it is about the deliverance, the energy and the commitment that band and audience put into the show. And there can be no doubt that both parties deliver and that is why ‘Live Resurrection’ is a pure, raw and very honest live registration of a band that knows how and where they are at their best: on the stage! Maybe not a record you can play at your Christmas lunch although I think that Chris Birx would not mind that at all!