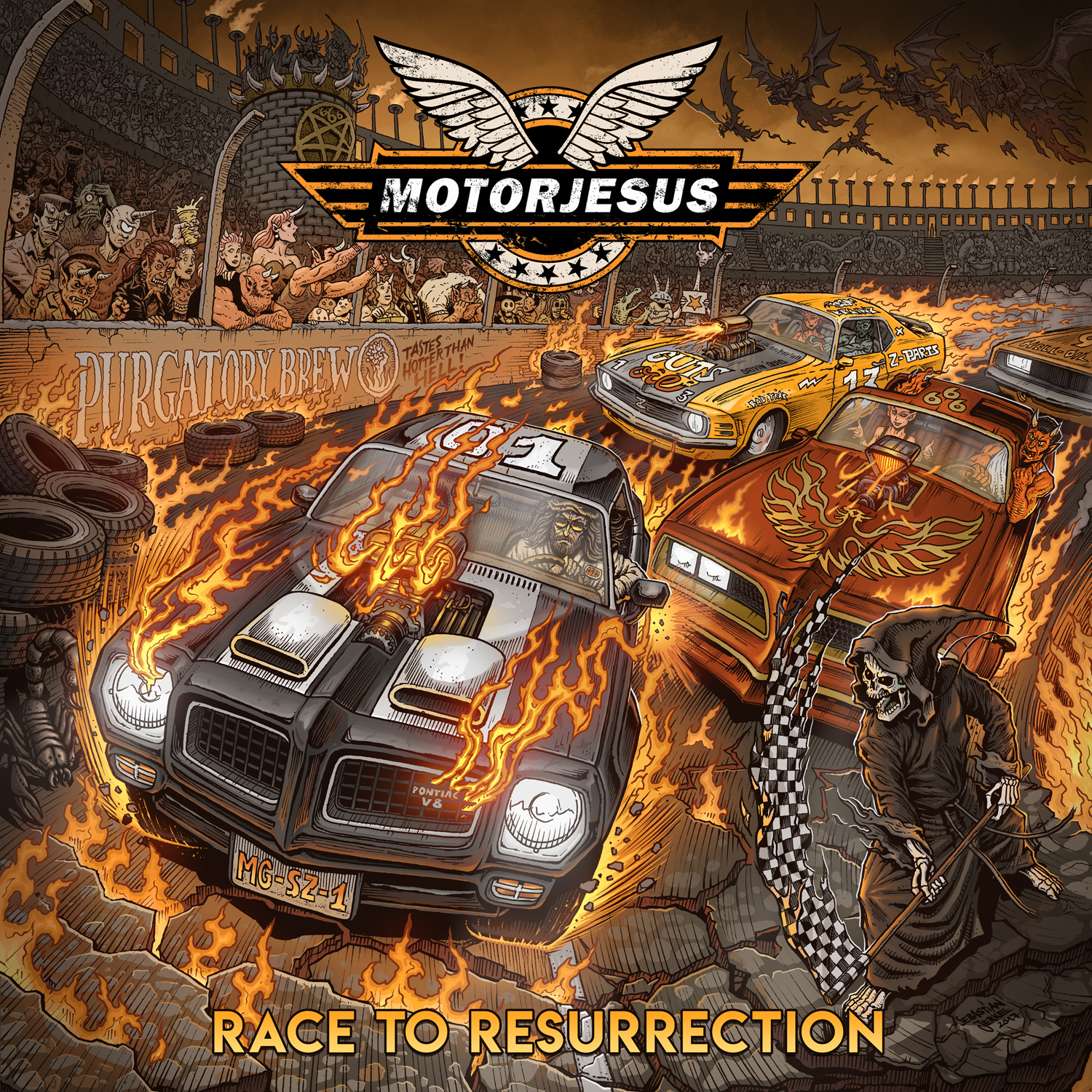 Starting out a long time ago as The Shitheadz and changing their name into Motorjesus along the way the German hard rockers from Monchengladbach have come up with their fifth release. It has taken them four years to complete ‘Race To Resurrection’ and in between they lost some musicians including the only remaining founder member Guido Reuss (guitar) reducing the band to a trio consisting of singer Chris Birx, drummer Oliver Beck and guitarist Andy Peters. Together with producer Dan Swano their brand new release really kicks ass. These guys take no prisoners, they keep it simple, hard yet melodic, aggressive (slight grunting in ,,Casket Days’’) yet with subtle touches here and there (,,The Infernal’’ for instance with some nice acoustics bits and dedicated to the Seattle band Alice In Chains). The first two tracks ,,Tales From The Wrecking Ball’’ and ,,King Collider’’ are more or less the preludes to an album that contains high octane stuff, rough edges, strong guitar work and mostly up tempo songs with a metal edge. Especially ,,Speedway Sanctuary’’ is a real killer track with heavy guitars, a solid base and excellent vocals by Chris Birx who on other songs on the album like ,,Re-Ignite’’ shows that he can be quite versatile as well. If you like your rock and metal classic, uncomplicated yet with ferocity and packed together in a solid sound I would suggest to have a listen to ‘Race To Resurrection’’. Further songs to check out are ,,The Storm’’, ,,Burning Back’’, The Damage’’ and ,,Running Out Of Time’’. Again an example of a band that proves that music does not have to be complicated to be effective. Maybe a little bit too one dimensional from time to time but it really has groove, grit, heaviness and aggressive force as main ingredients. I really enjoyed this one!