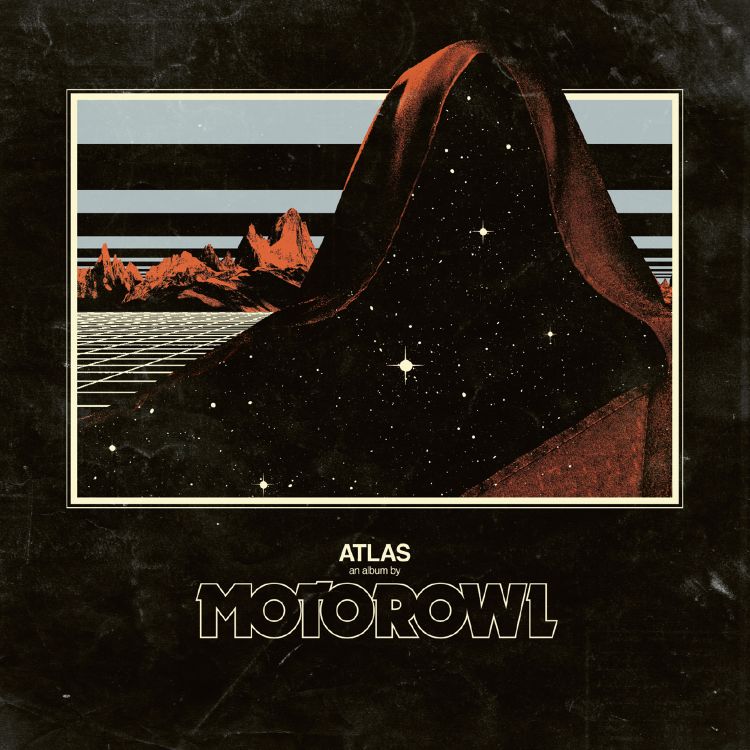 Holy crap! On their second CD (debut ‘Om Generator’ was released in 2016) German rockers Motorowl really go to town. The band around singer/guitarist Max Hemmann produces a stunning mix between seventies hard rock, stoner rock, doom metal and psychedelic rock. ‘Atlas’ is 45 minutes of pure class. Of course you can hear certain similarities with Black Sabbath, Spiritual Beggars and Candlemass but I also hear some weird similarities with Wolfmother and even The Doors (!). It is especially keyboardist Vinzenz Steiniger who with his keys and Hammond creates an atmosphere where we are lurking on a big joint, happily enjoying the sounds of Motorowl and the electrifying vocals of Hemmann packed together in a heavy production, pulsating bass and drums and some really inventive arrangements. All in all is it quite captivating, hallucinating and astonishing what these five musicians have created together in songs like ,,Infinite Logbook’’, ,,Atlas’’, ,,To Give’’, ,,To Take’’, ,,Cargo’’, ,,The Man Who Rules The World’’ and the absolute stunner ,,Norma Jean’’, where all ingredients and musical adventures seemed to have found each other in a whirlwind of a song. Motorowl is one of the few bands that is capable of putting you in a trance with their heavy riffs, psychedelic rhythms, captivating mood swings and intriguing arrangements. Sure, this is no record for the faint hearted. This is material for people who like it creepy, doomy and heavy. People that like their seventies stuff, people that are not afraid to experiment a bit without getting lost in a pool of confusion or a labyrinth without an exit. If all of the above applies to you make sure you get a copy of ‘Atlas’!