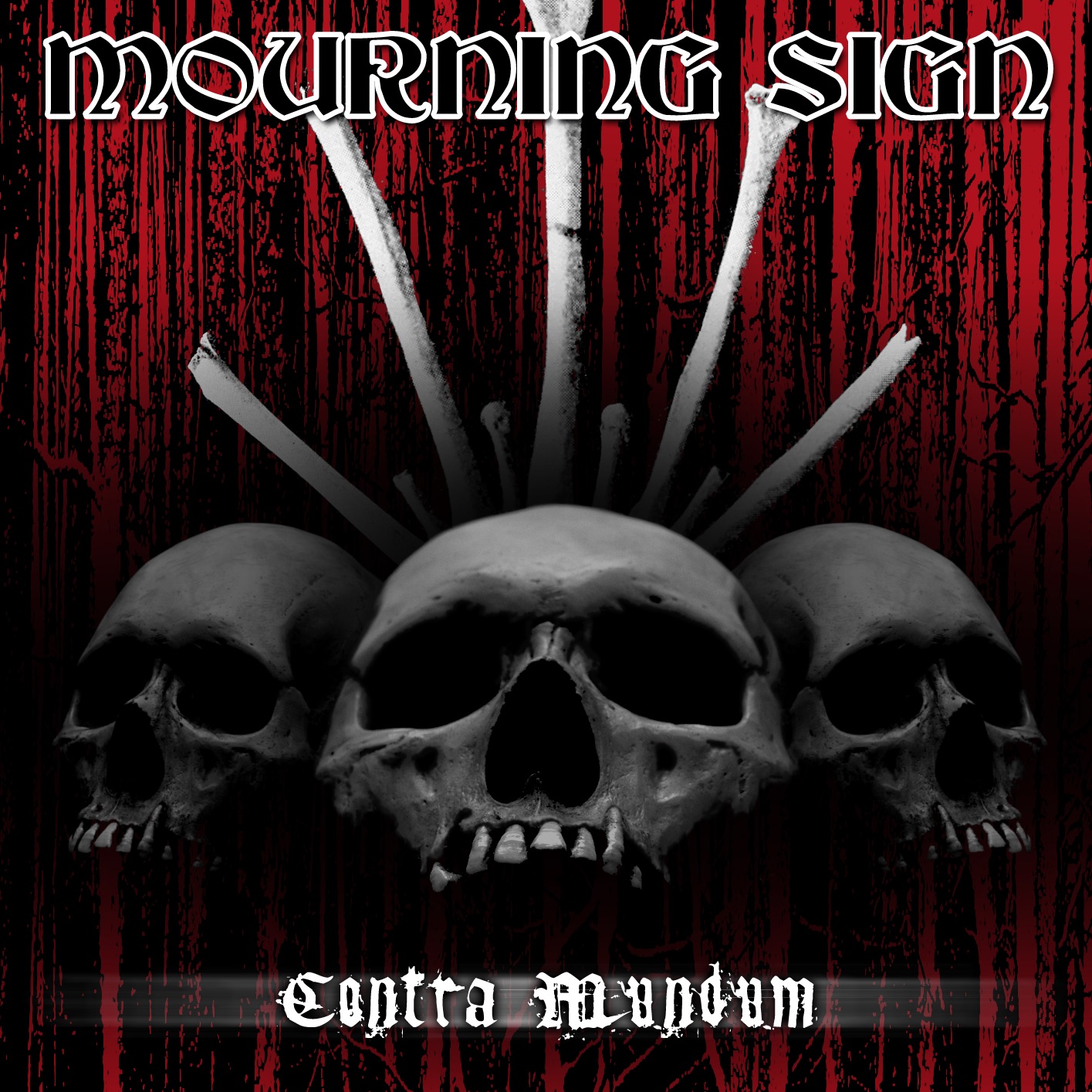 I guess we all had it happen to us. Just when you think you have finished your 2018 year list and you are reasonably sure you have a grip on things, there it is; completely unexpected, the album you did not see coming. On the 20th of December at the very end of 2018 it is released. Almost perfect in it’s execution and devastating in its impact. I am talking about the first Mourning Sign album in 22 years ‘Contra Mundum’ (latin for opposing everyone else). Yeah, you read that right, 22 years. After their eponymous debut album in 1995 the Swedish progressive death metal band Mourning Sign released `Multiverse’ in 1996 and then went on a 22 year hiatus. Sure, they released a compilation album 2016, when they reformed, and two singles in 2017, but this is the first full album since 1996. And what a comeback it is! From the opener ,,Dualism’’  to ,,The Devils We Adore’’ Mourning Sign will absolutely kick your ass. The songs are alternating between brutal passages and progressive well written sonic landscapes where the riffs naturally flow from power chords to staccato rhythms. Leads are tasteful woven into and wrapped around vocal lines that are utterly brutal. I just love the way the brutal death vox are mixed up front on this album. There were some murmurs and complaints about the production but I really like the raw sound of this album. Is the album perfect? I would like to have heard a bit more variation in the vocals. Some really deep grunts would have been a welcome addition. But in the end this is a very minor point. If you are into early Opeth and the later In Mourning, and thus like your death metal to be on the progressive side, pick up this album, you will not regret it.