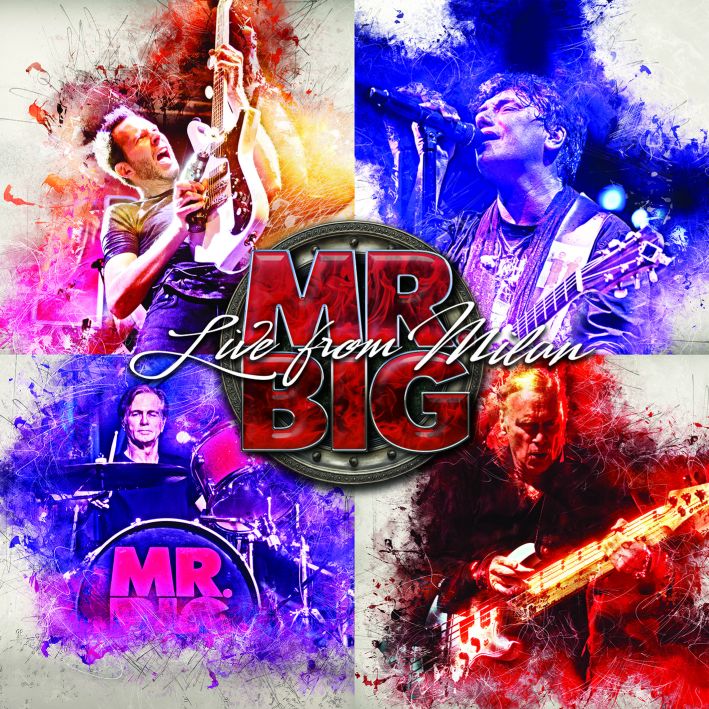 Not long after releasing their latest studio album ‘Defying Gravity’ in 2017 US star ensemble Mr. Big did a show on the Frontiers festival in Milan, Italy. The result of that can now be seen and heard on ‘Live From Milan’ on CD/DVD and Blu-Ray. Obviously they were the headliners that day and that has produced a product with 22 songs including the solo spots from guitarist Paul Gilbert and bassist Billy Sheehan. However you want to see things, it is value for money as the band comes up with a look back on their distinctive career by playing all the relevant songs and also material from their latest release. As we all know original drummer Pat Torpey passed away earlier in 2018. He toured with the band until the last possible moment playing only a few selected songs because his declining health limited him to only play a few songs and this show in Italy was one of the last gigs he did with Mr. Big. So you can see and hear him on this release one last time. There is not so much to say about the band performance. It is more or less flawless which is not surprising when you look at the pedigree of the musicians involved. Eric Martin as always brings home the vocal bacon on tracks like ,,To Be With You’’, ,,Addicted To That Rush’’, ,,Colorado Bulldog’’, ,,1992’’ and ,,Just Take My Heart’’. His presentation comes over as a bit cliché and mostly done on routine but all in all Mr. Big has opened all registers on this performance. Great play from Gilbert, Billy Sheehan fills all the gaps with his distinctive bass sound. The only point of criticism might be the not always clear sounding back ground vocals but really folks it does not take anything away from ‘Live From Milan’.