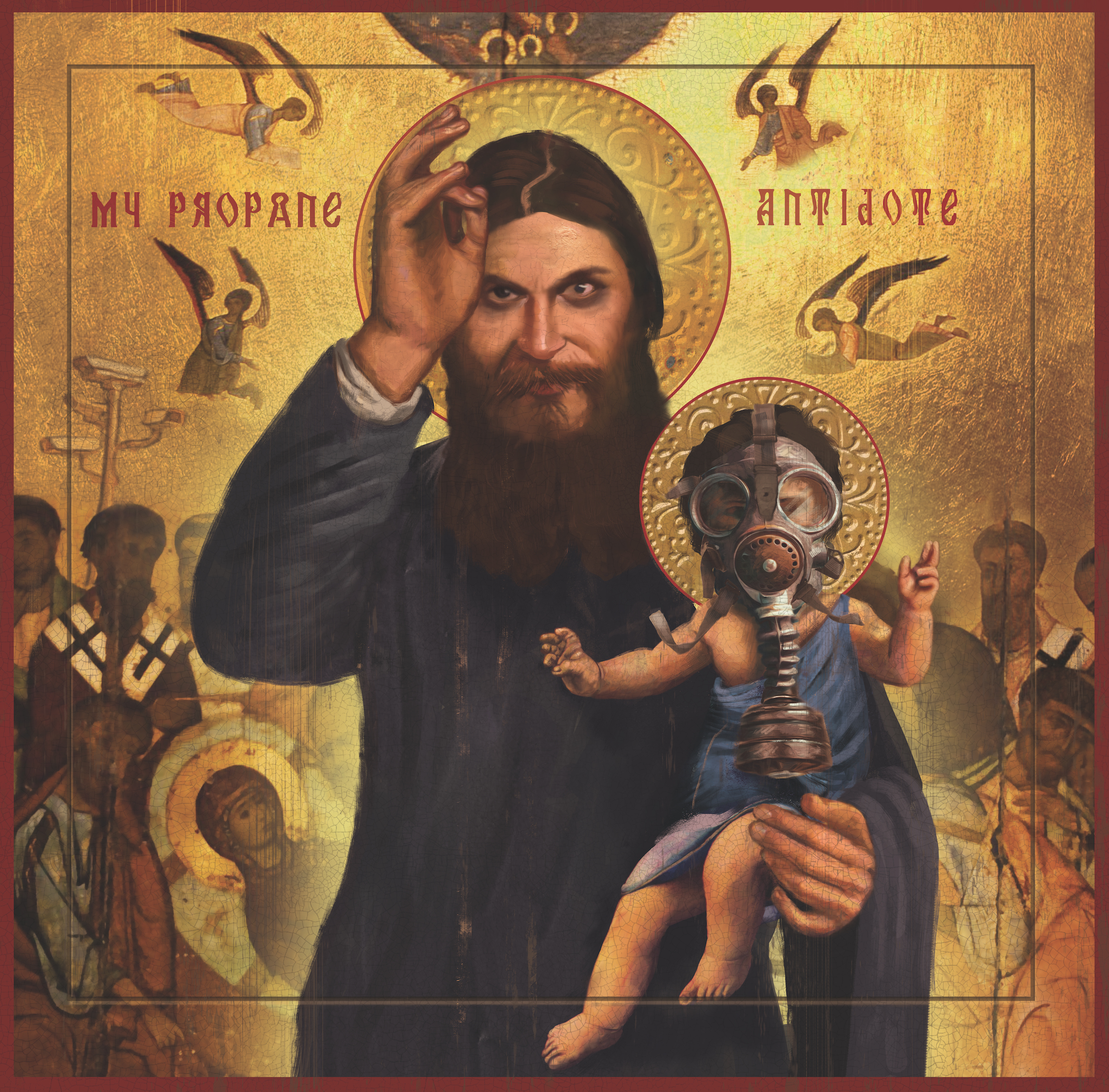 From the iconic sleeve the evil monk Grigori Rasputin (1869 – 1916) looks at you with his infamous hypnotic stare. And right away you are drawn into the world of My Propane’s sophomore album ‘Antidote’. For most bands their sophomore album presents somewhat of a challenge. After all, they have had several years to write the songs for their debut. Not so for the second album. And if like, in My Propane’s case, there have seen some line up changes, the problem for most bands might even be greater. For most bands, but obviously not for My Propane. Since their debut album ‘Modern Violent Gentlemen’ from 2013, they exchanged one guitarist, Anand Mahangoe, for another, Jord Otto, and also added Frank Schiphorst (ex-Prostitute Disfigurement, ex-Symmetry, MaYan) as a live guitarist. Quite some changes. Now how does this all work out? Well, really, really, good actually. The opener ,,Pavkovic’’ surprises me with it’s heavy riffs and great vocals. And the longer I listen to the album the more surprised I am. While ‘Modern Violent Gentlemen’ was a good rock album this is an entirely different beast. And a beast it is. I am willing to wager that Gojira and Sepultura are influences for the new guitarist Jord Otto. But other than Gojira Jord Otto doesn’t pull up polyrhythmic walls of sound, instead he cleverly inserts dynamic and diverse chord progressions throughout the songs that are always interesting and seem to change constantly. The thing is though, when you hear the songs, they are really songs, well written and melodic. Lot’s of intelligently written hooks that you can song along to. There are two ways you can listen to this album; Just hear the songs and enjoy it for what it is at face value, but you can also dive a bit deeper and then you’ll notice how expertly done this really is. Lots of time changes, fluently changing riffs and rhythms, strong crushing riffs and great accents. The rhythm section is as tight as humanly possible, but extra kudos must be given to the newcomer of the band; Jord Otto. The way he colours this album with his creative and powerful guitar playing is simple great. I can imagine that the writing sessions for this album must have been intense. The other musician who deserves a bit of extra spotlight is vocalist Valerio Recenti. I have seen him live a few years ago. But what he is doing on this album I never heard him do before. He sings, whispers and screams his way through this album as if his fucking life depends on it. His emotional delivery breaths life into this album and it is all supported by the emotive lyrics that deal with the corruption and perversions of this world. This is not just a different album but a completely different band. Heavy, creative and dynamic like I never heard them before. I would like to point out one minor and totally subjective point though. I would have loved it if guitarist Otto would have let loose his considerable talents on a few more solo’s on the album. But that’s just me. With ‘Antidote’ My Propane delivers an energetic and heavy album that is hard to categorize, and that’s a good thing. I don’t care what kind of metal you like, chances are that you love ‘Antidote.’  So don’t just sit there, go and check it out.
—
My Propane Facebook here
My Propane Website here