MYLES KENNEDY-Year Of The Tiger 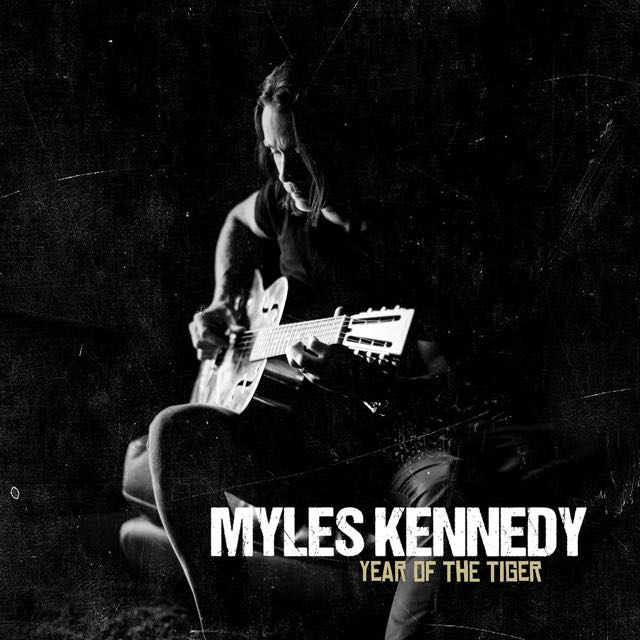 MYLES KENNEDY-Year Of The Tiger

People who read my reviews and “know” my taste in music are familiar with the fact that I normally do not like – this is an understatement – acoustic-based rock albums. The last few days I have been listening to the upcoming debut studio album by Myles Kennedy (Alter Bridge and Slash’s Band) called ‘Year Of The Tiger’ a lot, and I have to say that my “prejudice” towards acoustic rock music has changed a bit…..  ‘Year Of The Tiger’ is a kind of concept album dealing with Kennedy’s childhood, specifically with the death of his father in 1974, the year of the tiger in the Chinese calendar. Kennedy’s first solo album is, a little bit sad but true, an acoustic blues and Americana album on which Kennedy sings, excellent of course, but also plays the guitar (acoustic), mandolin, lap steel guitar, banjo and bass guitar. ‘Year Of The Tiger’ is very far different from the hard rock/metal that has defined Kennedy’s arena-filling career and on this album he shows his love for the blues, R&B and most of all acoustic based music. If you have heard the first single of this album, which is the title track, then you will know what to expect from the rest of the album and you will notice that this album is all about Kennedy’s vocals and acoustic guitar. ‘Year Of The Tiger’ is an emotional album with sometimes very personal lyrics, like e.g. in the title track or the almost heartbreaking song “Mother”, where you can hear lines such as: “When all hope is left to die, a mother’s love survives.” Musically speaking I hear a mix of rock, blues, southern classic Americana, bluegrass, country and rockabilly, but in the end, the 12 songs sound a bit too much alike for me. ‘Year Of The Tiger’ is a very personal (maybe too personal??), honest and emotional album, however I prefer Kennedy’s voice in a rock band, like Alter Bridge, with lots of electric guitars and more musical power. So, it goes to show that I still do not really like acoustic based rock albums, although I can listen to Kennedy’s first solo album from the beginning till the end without getting really bored…. I know that lots of people will disagree with this review, but as you all know: there is no account for taste!!