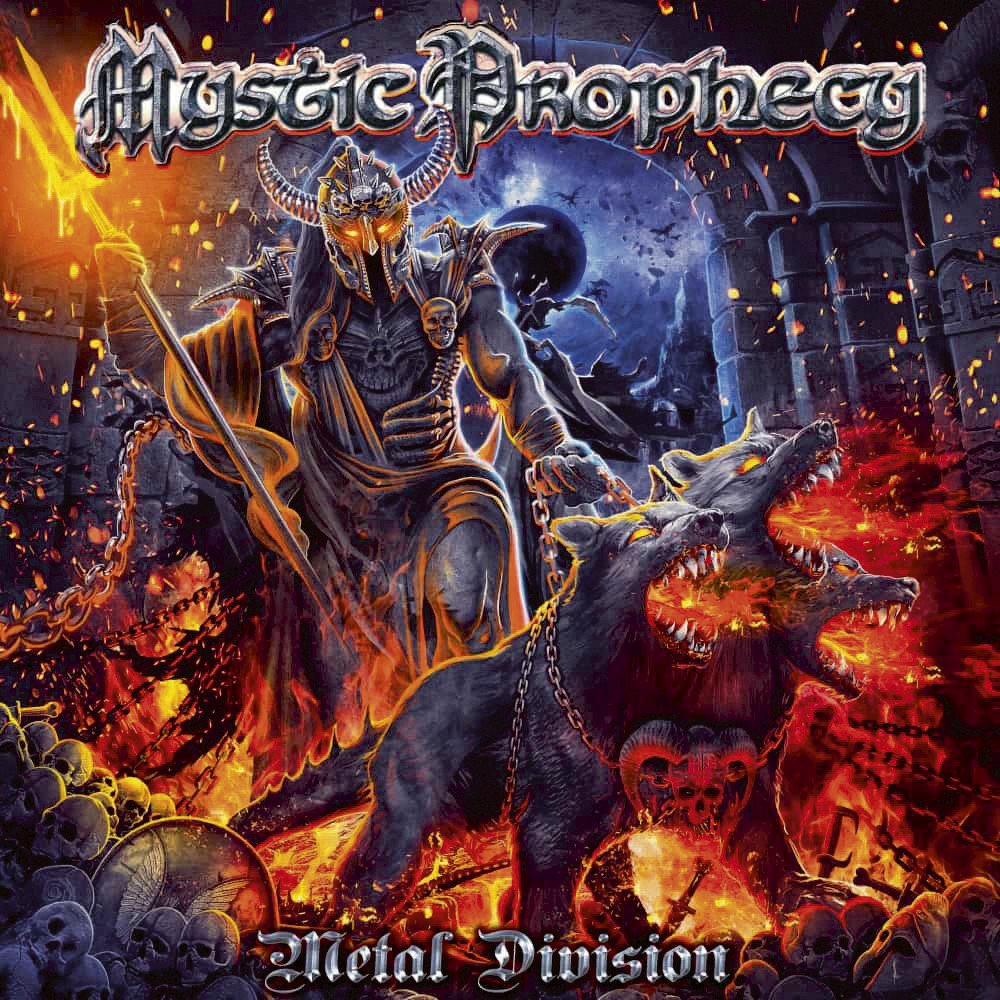 After about twenty years in the business the metal dudes from German outfit Mystic Prophecy are still going strong and they kick off the year 2020 in style with their 11th album. Only singer R.D. Liapakis is left over from the original line-up that once featured a certain Gus G on the guitar (Gus played on the first three albums before focussing on Firewind). Many musicians have come and gone since then but somehow R.D. managed to keep things going and the band has found a new record label for this ‘Metal Division’ release. The musical recipe on this one is an energetic mix between power, heavy and a touch of speed metal, so in a way the musical style has stayed intact but it seems to me that R.D. and his four current warriors (the guitarists Markus Pohl and Evan K, bassist Joey Roxx and drummer Hanno Kerstan) have managed to add more variety and melody to their musical adventures. And that does absolutely NOT mean that the band is less heavy, brutal of less energetic. Mystic Prophecy has only added more variety to the mix, becoming maybe a tiny bit more accessible perhaps without losing their heavy momentum. It is a move that has done ‘Metal Division’ the world of good in my book. Especially the guitars sound a lot more melodic without losing their ‘bite’. Maybe the song ,,Here Comes The Winter’’ is the track that is the most prolific in showing the melodic parts that are now more than ever being part of the deal. Add to that the as always thunderous bass and drums plus the gritty singing of R.D. and you have an excellent melodic heavy/power metal CD with maybe less emphasis on speed but that is compensated by the quality of the songs and its massive sound. 2020 Starts in style with Mystic Prophecy. Who’s next?