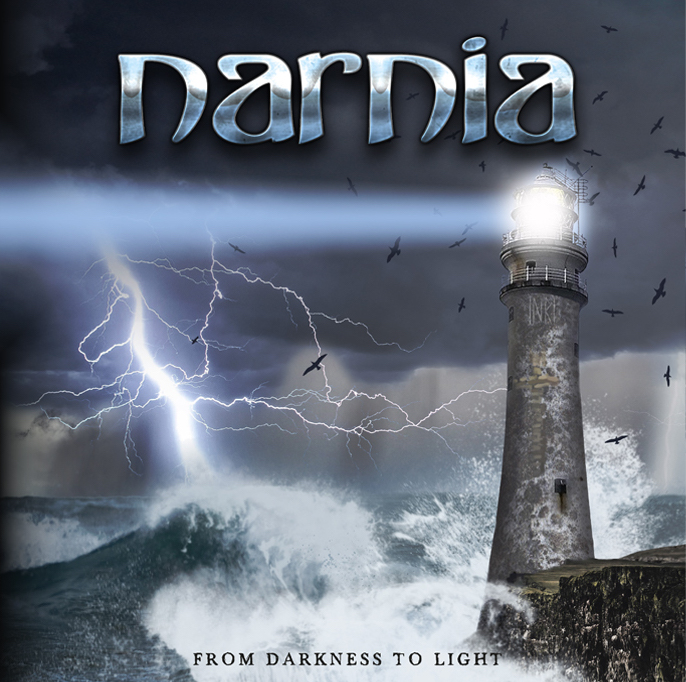 This album came as a true surprise as I really thought that the Swedish reli-rock band Narnia had ceased to exist after a couple of great albums. I still remember listening to Narnia’s debut album ‘Awakening’ (1998) and being impressed by the outstanding vocals of Christian Liljegren and the utterly brilliant guitar playing of CJ Grimmark. Other great albums like ‘Long Live The King’ (1999), ‘Desert Land’ (2001) and ‘The Great Fall’ (2003) followed, but as singer Liljegren left the band in 2008 I thought that Narnia had “deceased”. However, Narnia reunited in 2014 and now they release their new album called: ‘From Darkness To Light’ and I can tell you that almost nothing has changed. Narnia again sounds amazing due to the extraordinary guitar picking of Grimmark – which still reminds me of Yngwie Malmsteen – and the great vocals of Liljegren, which still remind me of the vocals of Joey Tempest from Europe. ‘From Darkness To Light’ contains ten brand new tracks of which ,,A Crack In The Sky” (the first single), ,,Has The River Run Dry?” and ,,From Darkness To Light Part 2” are the absolute highlights of this album. These tracks feature those excellent Narnia trademarks, which I mentioned earlier, in full glory; especially the guitar solos are sometimes out of this world! However, you also have to deal with the reli-rock lyrics, which are obviously present especially in songs like ,,The War That Tore The Land”, ,,The Armor Of God” and ,,I Will Follow”.  But if you just listen to the more than excellent music this will hopefully not bother you too much. So, except for the mediocre song ,,You Are The Air That I Breathe” a superb album by Narnia again after all those years. Cannot wait to see/hear these guys in the flesh.