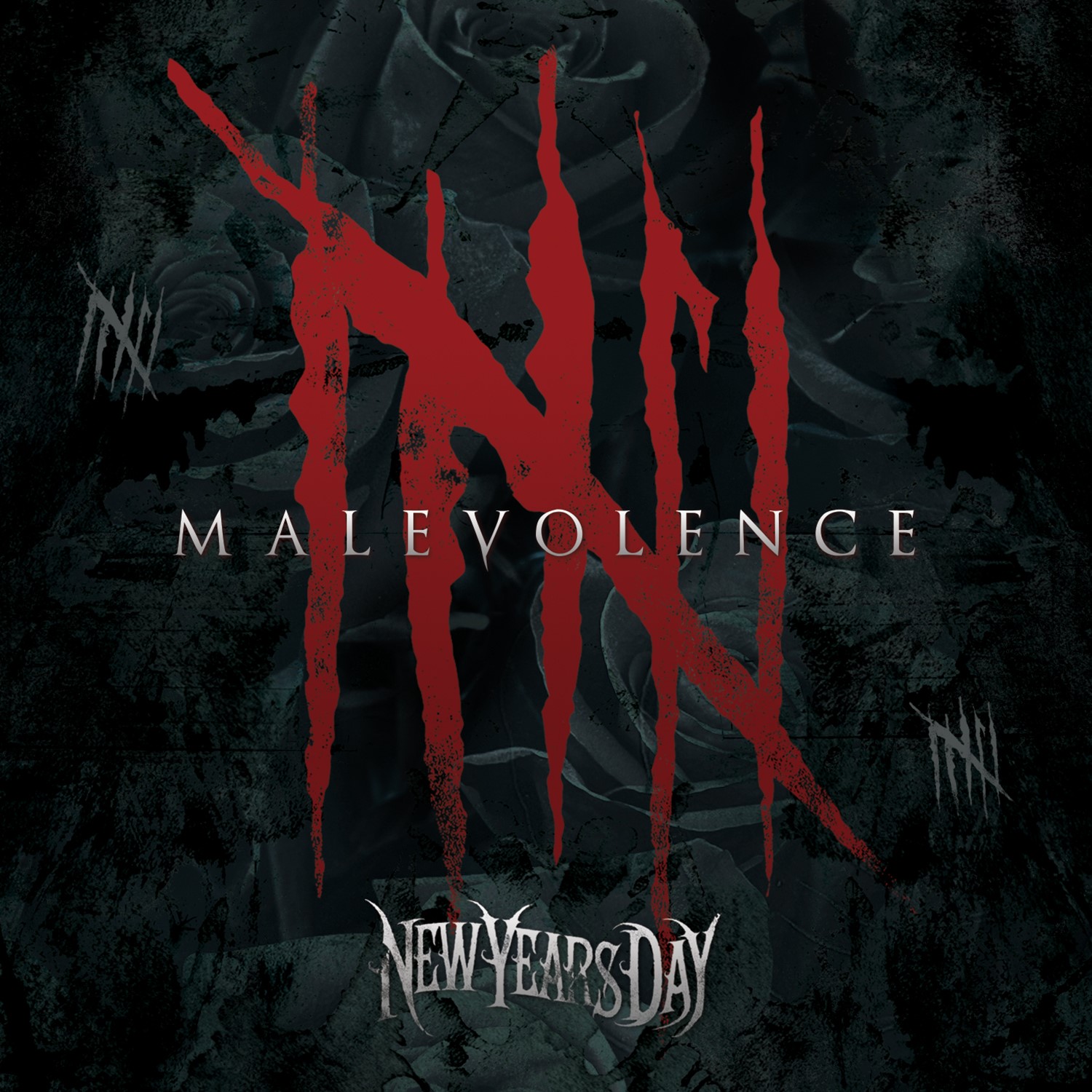 New Years Day is not only that very important yearly event we celebrate with family and friends that makes us promise each other to finally quit smoking, oh, and no more drinking margarita’s before dinner during the week and yes we definitely will get rid of all those extra kilo’s we just put in our mouths during Christmas. New Years Day is also a cool band from California who shows some appealing firework on their new third album `Malevolence’. Four boys and a girl who are young, having cool looks (definitely inspired by Marilyn Manson), serving the audience a bunch of damn catchy tunes and hooks. Tunes that make your finger tap, your vocal cords sing along with but it all sound heavy enough to make your head bang too. For sure the new twelve tracks are sugar coated, winking to be played on the radio, but they also taste bittersweet and display a dark, alternative vibe. You hear a big dose of edgy sounding heavy guitar riffs, supported by some cool electronic effects along the way, and important: energetic rhythms that give the songs an extra boost. Singer Ash Costello does a great job like a spider in a web and delivers strong and emotional vocal melodies. Its no surprise the album has a modern production; sounding tight and in your face, representing a new generation of metal heads. With this release New Years Day has definitely a reason to party.