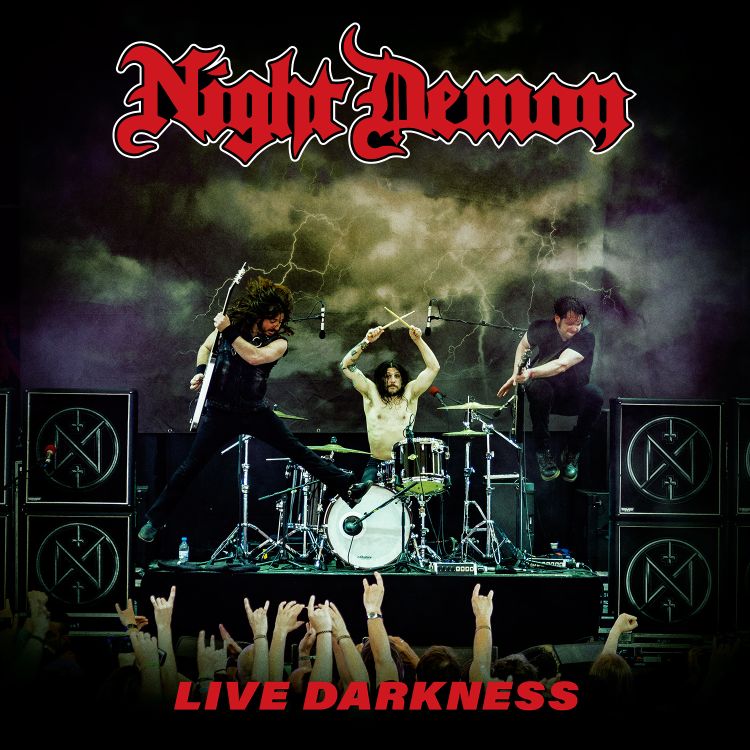 Ventura, California based power trio Night Demon has a second home town and that is Cleveland, Ohio. The group did a gig there late in 2017 and decided to record the show in front of fanatic fans, friends and family. Playing a home game James Leatherby (vocals/bass), Armand John Anthony (guitar) and Dusty Squires (drums) decided to throw all the songs they had recorded on  the albums ‘Curse Of The Damned’ and ‘Darkness Remains’ just out there and that has resulted in a steaming and ferocious live 2-CD indeed. Listening to the rawness and the uncompromised manner this band does their business on stage it is not hard to understand why Night Demon is seen as a group that could have existed during the New Wave of British Heavy Metal period. Not that the band is a copy of Raven, Jaguar or any of the bands in that time but the intense manner of playing and style does bring back memories of those days. But we are about 35 years later in time and Night Demon are American but in a different time they could have been right out there as well. What they might have to learn perhaps is to write more diverse material in the future. Now their music is for 99 percent full speed ahead and that leads to the remark that on this 2-CD Night Demon sounds a bit too one dimensional. But their enthusiasm, honesty and their ability to fire it up makes ‘Live Darkness’ a not to be missed live document. All might not be performed to perfection but it overall sounds genuine and it gives your body a more than decent work out as the pace is relentless and the intensity as high as a kite!