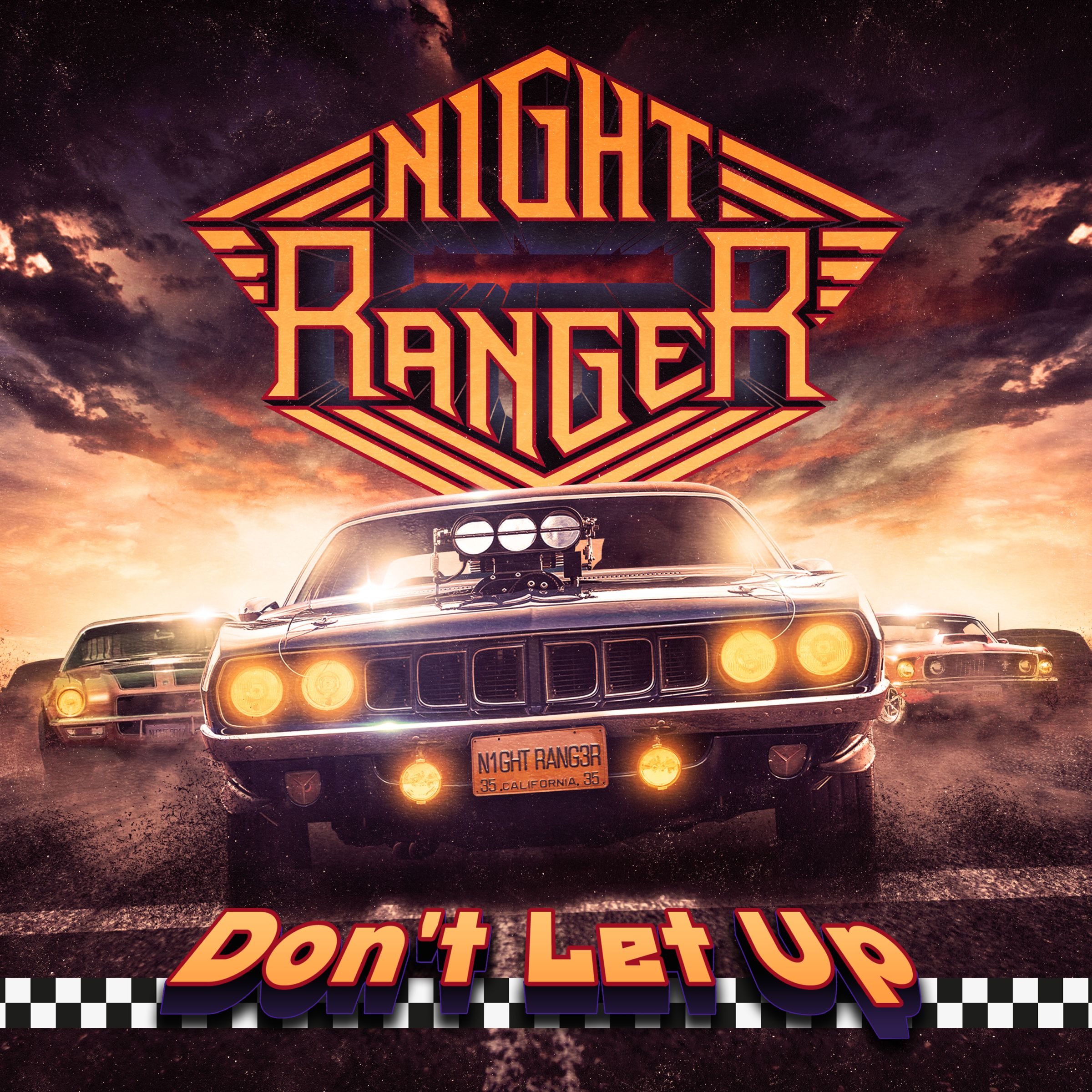 On their DVD ’35 Years And A Day In Chicago’ Night Ranger already presented some appetizers for their new CD ‘Don’t Let Up’, as the tracks ,,Day And Night’’ and ,,Running Out Of Time’’ were introduced to the audience. Both tracks are now featured on the 13th studio album of this band whose arena days may be a bit behind them perhaps, but they are still a force to be reckoned with as ‘Don’t Let Up’ has all the classic elements that make Night Ranger stand out from the rest. The two excellent singers (bassist Jack Blades and drummer Kelly Keagy) plus guitarist Brad Gillis are still the driving force, second guitarist Keri Kelly (who replaced the departed Joel Hoekstra in 2014) and keyboardist Eric Levy are the latest recruits. With Night Ranger it has always been about consistency in the song writing department combined with excellent musicianship. During the years Keagy, Gillis and Blades always had the space to participate in projects outside the band, or record a solo CD, but at the end of the day, Night Ranger was never in danger of being left behind. The band was and still is a safe haven for its musicians and their audience. I admit that ‘Don’t Let Up’ does not hold tracks of the status like ,,Sister Christian’’ or ,,You Can Still Rock In America’’, but the quality of this record is yet again up to scratch with the pounding opener ,,Somehow Someway’’, ,,Truth’’ and the hard rocking track ,,Say What You Want’’. In fact, when you look at their big back catalogue can you truly pick out a CD that is disappointing? That is what I call consistency of which ‘Don’t Let Up’ is the latest convincing example. Good solid melodic heavy/hard rock with as always great playing and pleasant guitar acrobatics from Gillis and newcomer Kelly. Night Ranger is like old wine….it keeps tasting good.