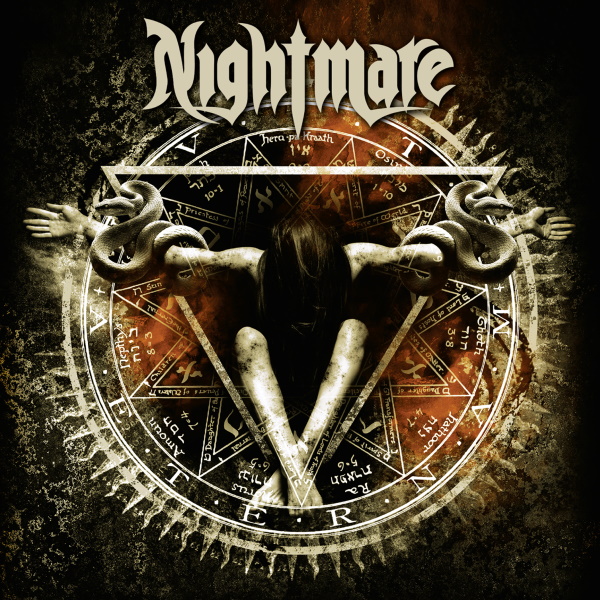 If you have been around since 1979 and have released more than twelve albums since then you surely have shown stamina and determination. That is exactly what French metal outfit Nightmare has done, releasing album number thirteen but the first one with their new lady Madie behind the microphone. The ten songs are absolutely heavy as f…k with riffs that have been marinated in pure steel, scorching solos, soaring vocals and lots of tempo and power. That sounds good, doesn’t it? Well, the album sounds convincing except Nightmare does sound a bit one dimensional as most songs have a similar built and set up. It is towards the end that Nightmare manages to add more variation to the mix. Not in the form of an obligate ballad (there is no ballad there at all) but the two album closers ,,Black September’’ and ,,Anneliese’’ do have some vocal interference from bass player Yves Campion and guitarist Matt Asselberghs as the two lads help out Madie with some grunting which gives the album even more body and soul. Absolutely not bad at all but with a bit more variation in the songs Nightmare could be really in there in the future. Definitely a record that should appeal to a metal head!