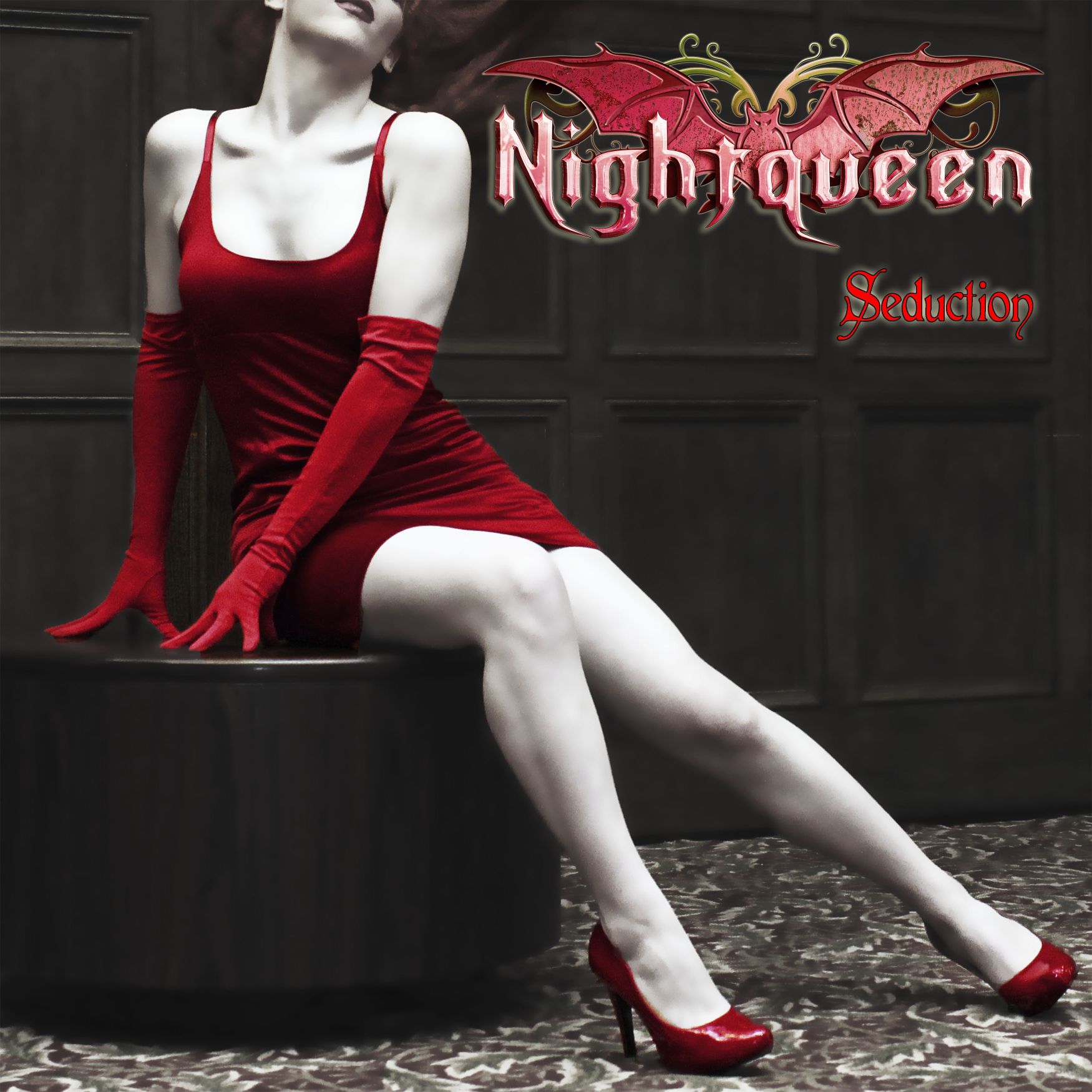 After the release of their second album ‘rEVOLUTION’ some five years ago founding member/guitarist Rex Zeco from Genk, Belgium based outfit Nightqueen changed the line-up of his band in quite a drastic manner. He recruited five new musicians including female vocalist Hellen Heart. With the new line-up Nightqueen worked on songs for their third record, signed a deal with their new German label El Puerto and is ready to face the future with confidence. Symphonic power metal is the description that has been put on the music. Accurate or not? Partly yes, partly no. Sure, the band has several symphonic passages built in on the album but also plays songs that are fast, furious, a bit over the top yet always melodic. Influences of Helloween and Iron Maiden are mentioned which are there but mainly on the background. The first five songs of this album offer a pretty good view and are a mix of several musical styles, metal meets progressive, melody mixes with moody parts, speed and power are there where they should be and it must be said that some songs are a welcome whirlwind of metal. As mentioned Nightqueen has a female singer and it must be mentioned that Hellen Heart is without a shadow of a doubt the person that draws the most attention. She sounds like the complete package that would also do well in a band like Battle Beast from Finland. Hellen has power, range and a good feel for melodramatic performances that are all over the album. Still, she is not always on full throttle (otherwise she might shatter glass). When she scales back like on the second track ,,Seduce Me’’ you discover the real depth in her voice. Also on the first part of ,,Silence And Tears’’ she shows a lot of maturity in the vocal performance (nice duet vocals by the way). ‘Seduction’ is in my opinion a real good power metal record where melody is an important part of the music. It sometimes sounds quite overwhelming especially when Nightqueen pumps up the pace and force but never ever on the record the band loses the plot by overdramatising things (fast and furious opener ,,Energy’’ sets the pace for the bulk of the album). It is clear for everyone to hear that these musicians have taken the time and made the effort to create the best possible album in a genre where with bands like Battle Beast or Within Temptation as competition it is not easy to establish yourself as a relative unknown band from Belgium (although they started out somewhere in 2004). But Nightqueen are here now and have in the form of ‘Seduction’ a calling card that cannot be ignored.