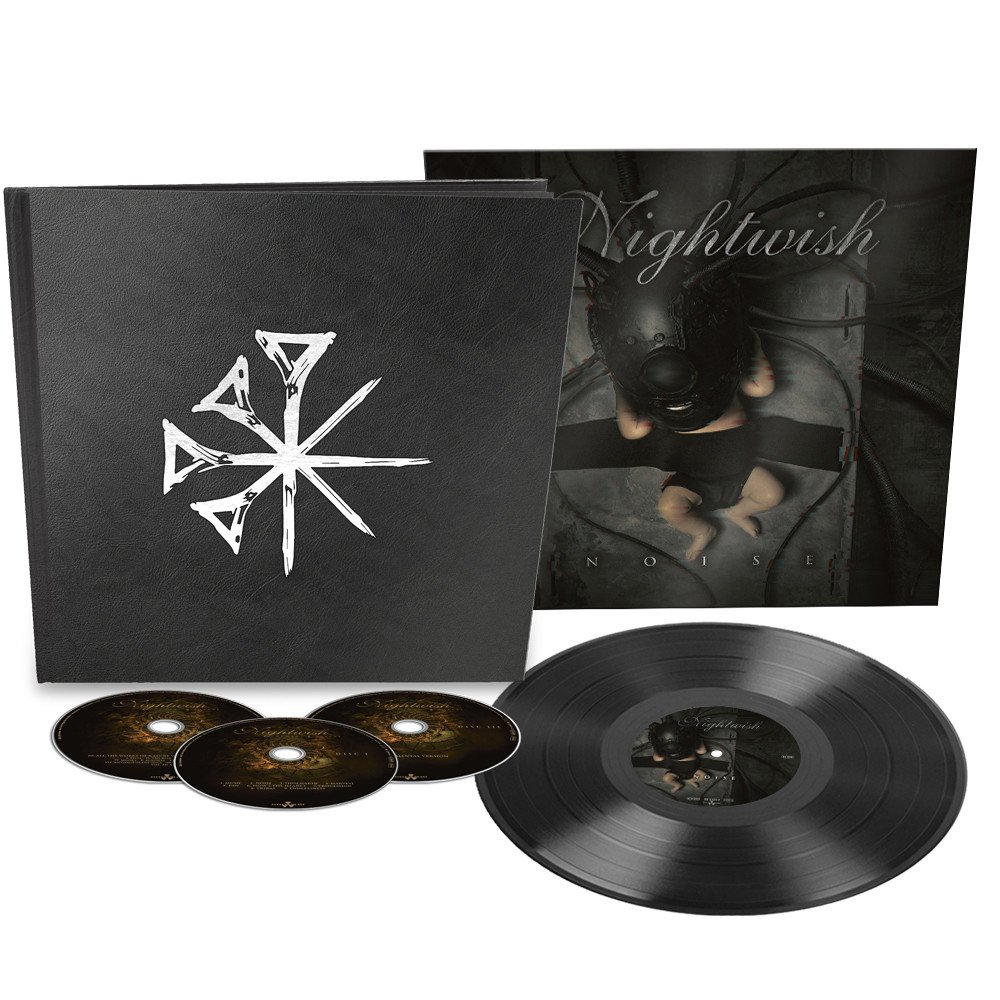 I initially wasn’t going to touch the single release ,,Noise’’ of Nightwish’, but with the video release fusing quite some stir, I believe the band deserves the attention. Being the front running entity of the genre comes with pressure and Nightwish have proven to handle it extremely well. With the band and Floor Jansen towering higher than ever during their live performances, the band now set sail towards the future.

,,Noise” bears all trademarks of the band’s majestic sound. It storms forward with great poise and the marriage between Floor’s wide range and Holopainen and Hietala’s genius song writing skills is graceful and empowers one another. Pushing each other’s envelope ,,Noise” blends the band’s extensive catalogue without exploring the boundaries and rejuvenating the band’s sound. Entering in typical pompous fashion the song scatters with Floor’s intense vocals and towering keys of Tuomas. The song is riff heavy with Vuorinen’s crunchy guitars pulling it forward with great stride. Kai Hahto’s drumming adds more power to the plate perfectly adding to Hietala’s loud bass playing. It all gels better than ever and Floor touches all edges of her impressive wide range. Tuomas switches from powerful pomp and piano swirls, making the song gain symphonic intensity and drama. And that last is exactly what is needed to highlight the lyrical content of ,,Noise”.
Intensity and drama is the main reason for reviewing the brand new track and its accompanying video (directed by Stobe Harju), which aired on February 7, gathering an astounding 1 million views only 3 days in. Addressing the virtual world of social media and its unsocial aspects the video is a dark emotive showcase of madness. Subliminal messaging is key in the video with players stuck in virtuality neglecting to act other than keying in their dislike. Especially when taking a closer look at the repetitive returning hexagon setup in interior as well as art and detail of the decor. It is the most efficient way to cover spaces with limited boundaries, equally distributing power and enhancing its structure and thus used in engineering through the decades. And above all, it is the way coverage of cell phones is secured with network towers being set up in grids following the honeycomb hexagon pattern. It covers the grid of the video, so to say.

The darkness casted is emphasized with despair felt all the way through. Lyrical is spot on. “Now you’re a star vain avatar feeding the beast in your loud egoland”, while Floor and the other members keep shooting selfies with their cell phones. It slowly enrols towards the darkness with agony taking over at the end. Holopainen with his rubber ducky in a bathtub filled with oil is just the beginning and the video ends with overall discontent without change while the chorus chants “Noise, from a sunless world. Your mirror is Black, only a copy stares back at a slave of the brave new world”.

It is powerful, tempting… especially when you view the video on your cell phone…. I guess.
—
HBLS Flash News Nightwish announce new album here