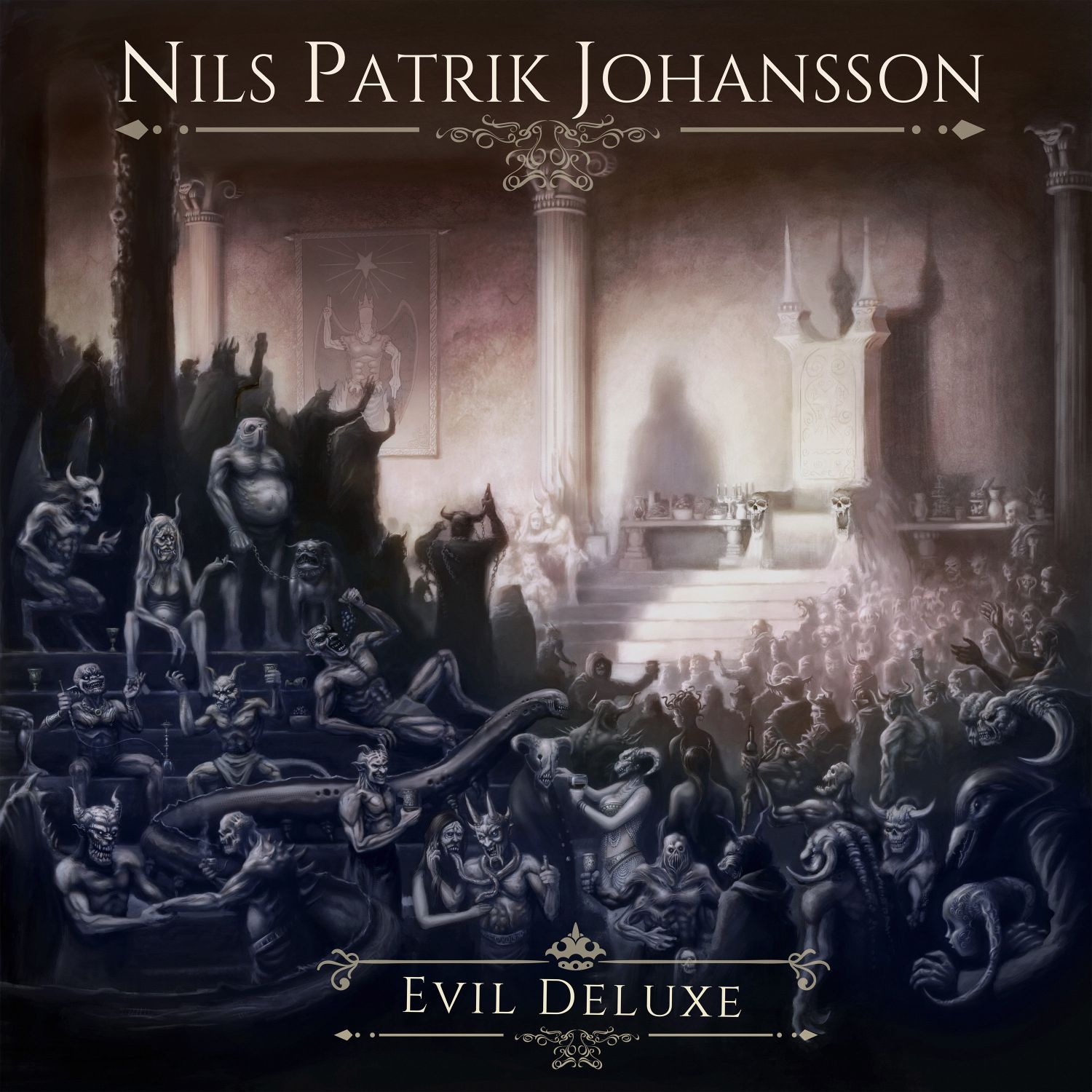 We all know Nils Patrik Johansson as the roaring singer of Astral Doors, Lion’s Share and possibly Civil War. He has been around for a while with a distinctive voice that is often compared to the late great Ronnie James Dio. As for myself I do not hear for the full hundred percent why that comparison has been made but Johansson should see that as a compliment. The man has a very recognisable voice with a certain colour and an always present ‘heaviness’. Although the singer has been in the business for many years now ‘Evil Deluxe’ is his first solo effort. Of course he did get some help like from his son Fredrik who plays drums and Lion’s Share colleague Lars Chriss who played the guitar parts and produced this album as well. Several other musical friends have lend their services and talents toward this project. On a musical level it seems clear that Nils Patrik Johansson stays close to his roots. Melodic heavy metal is where his strength lies, songs on which he can unleash that enormous power in his voice, speeding it up on several occasions, taking his foot of an on the accelerator as he sees fit. It sounds (here we go again with that word) traditional and for me there is not that much difference with what Astral Doors normally produce. The big difference for me is the very compact character of the album and the monster sound that it produces. Son Frederik really knows how to bash them drums while Lars Chriss keeps amazing with his guitar contributions and for the fact that he has managed to give ‘Evil Deluxe’ quite a monumental sound. So in a musical manner ‘Evil Deluxe’ might not offer huge surprises perhaps, but it does sound massive and impressive. Even the Accept cover ,,Burning’’ blasts out of your speakers as does the title track and ,,September Black’’ (fast and heavy). The same goes for the Black Sabbath flavoured ,,Kings And Queens’’ (lyric wise a tribute to the music we all love).The conclusion is that Nils Patrik Johansson on his first solo effort might not have reinvented the musical wheel but surely does honour to a genre that has been around for years and will be for years to come.