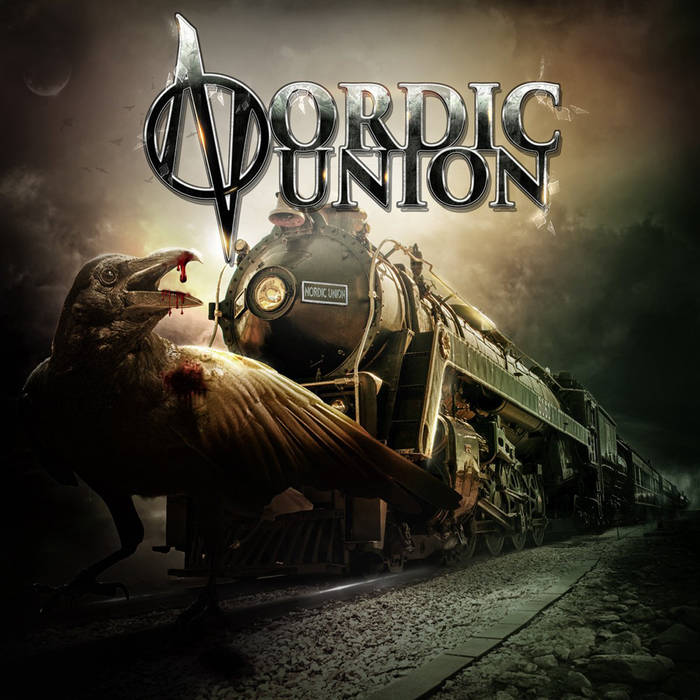 The people at Frontiers just love to have their artists working together. There are some fine examples of combinations that work. Russell Allen en Jorn Lande have already recorded three albums together that are pretty good indeed. In Nordic Union we encounter singer Ronnie Atkins (Pretty Maids) combining his vocals with the song writing talents of Eclipse’s Erik Martensson (guitar). Martensson is, as you should know, also one of the main people involved with the formation W.E.T. and has helped out on albums from Toby Hitchcock (Pride Of Lions) and the late Jimi Jamison. A talented guy indeed. Listening to Nordic Union it shall not come as a big surprise that the songs have a bit of a Eclipse/W.E.T. sound and feel (listen to the intro of the track ,,21 Guns” for instance), but that has all to do with the style that Martensson has developed since starting Eclipse in 1999. The songs are as usual pretty easy on the ear, with lots of melodic guitars and thundering drums. Atkins is the one who gives the record a bit of extra grit with his singing. To be quite honest, he sounds a lot better and more convincing than on the last few Pretty Maids albums. But does this album add anything extra to the pile of releases we have been getting from the Scandinavian territory the last couple of years? Is it better than the last releases from Eclipse or W.E.T.? I wonder. But hey, don’t mind my pondering. If you are into this kind of stuff then Nordic Union will be a welcome addition to your collection.