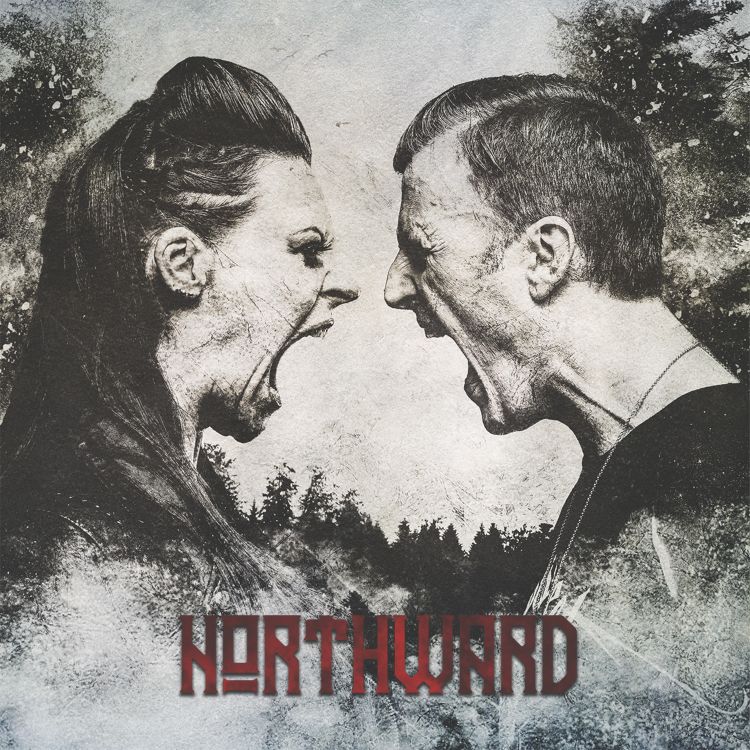 About a decade ago current Nightwish singer Floor Jansen and Pagan’s Mind main man Jorn Viggo Lofstad met on a festival and discovered there was a strong musical attraction between them. Songs were written but due to work schedules and other commitments it took almost ten years before this project became reality. During a break with Nightwish Floor took the opportunity to contact Jorn Viggo again and luckily for us they found the time to polish up the songs they wrote all that time ago and finally record them. Lucky for us? Most definitely lucky for us as these eleven songs are without an exception top notch material. Do not expect a copy of Nightwish. Northward is sailing their own race with energetic and very accessible hard rock songs full of energy, ton loads of melody and Floor excelling in a sound that is modern yet has classic rock features. Jorn Viggo is a bloke with an unique guitar sound as you can hear for yourself on this record were the duo got some assistance from bass player Morty Black (TNT), Pagan’s Mind drummer Stian Kristoffersen, while veteran Jacob Hansen (Volbeat) mixed the CD. Floor Jansen has an enormous vocal reach as she has proved now for many years in a row but on ‘Northward’ she just seemed to have found yet another range. The music is not very complicated at all. Northward profiles itself merely as a hard rocking band. The opening songs ,,While Love Died’’ and ,,Get What You Give’’ feature a straight forward rocking band that later on also prove being able to include some more sophisticated tunes as well like the enigmatic ,,Bride Passion’’ and ,,Paragon’’ that has a dreamy character but develops into a robust rocker. But for me the essence of Northward lies in excellent tracks like ,,Timebomb’’ and ,,Big Boy’’ and the first two songs where all the elements this band has to offer come to a full expression. Listening to these gorgeous songs I just wonder what would have happened for Floor and Jorn Viggo if ten years ago they would have had the time to record these songs. Northward would probably have become just as popular as Nightwish is these days. Let us hope that this duo finds the time to continue Northward as the potential is as far as I can hear definitely there. A lovely CD with no nonsense music.