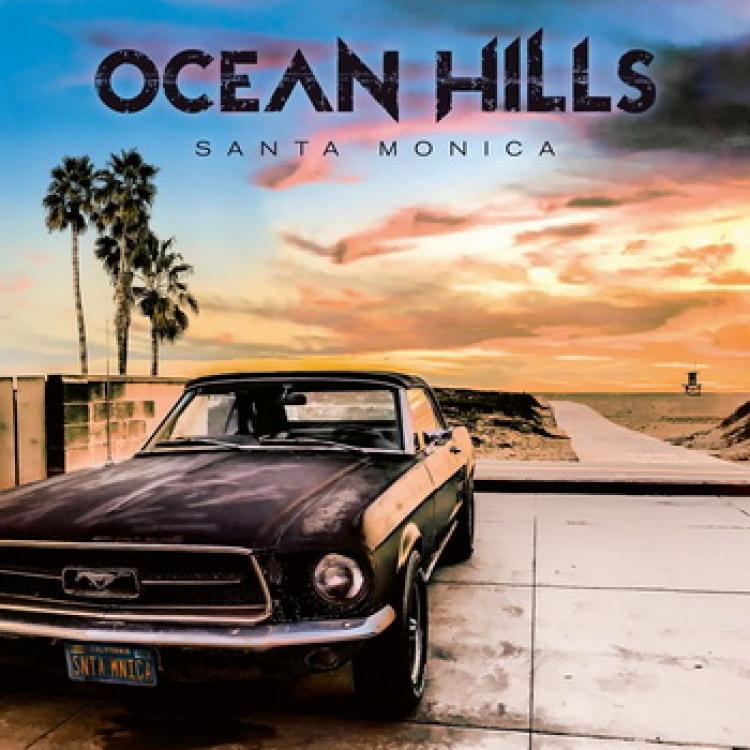 November 5, 2020 by Michel van de Moosdijk - More about our team

After a career of 25 years serving as the singer of Ignite (including short spells also in Pennywise and The Misfits) Zoltan ‘Zoli’ Teglas (who also has a second career as actor in movies) took a bold step and started a new outfit, leaving a household name for what it was. The man with Hungarian roots recruited guitarist Peter Lukacs, Reinder Oldenburger and bassist/keyboardist Daniel Szebeny, musicians also with ties that Hungary to begin a new chapter.

Ocean Hills is being called an alternative rock band and partly that might be true but when you hear their first album ‘Santa Monica’ you will hear a group that combines melancholic rock with melodic heavy rock with indeed some alternative hints as well. ‘Santa Monica’ is a totally different cup of tea for the singer that is for sure. It is not that ‘Santa Monica’ is a pure hard rock album, there are many more ‘melancholic’ passages and songs to be heard like ,,Hold Me’’ and ,,Vampire’’. But there is also straight forward rock where guitarist Peter Lukacs impresses with his solos that are often slightly drenched in effects, giving Ocean Hills a solid character. ‘Santa Monica’ is more a middle-of-the-road album, not too soft, not too wild, not too complicated and certainly not too simple but with musicians that clearly know what they are doing. It is also an album that needs a bit of time and several spins to sink and kick in. But it will finally leave a lasting impression on you without peeking to great heights.