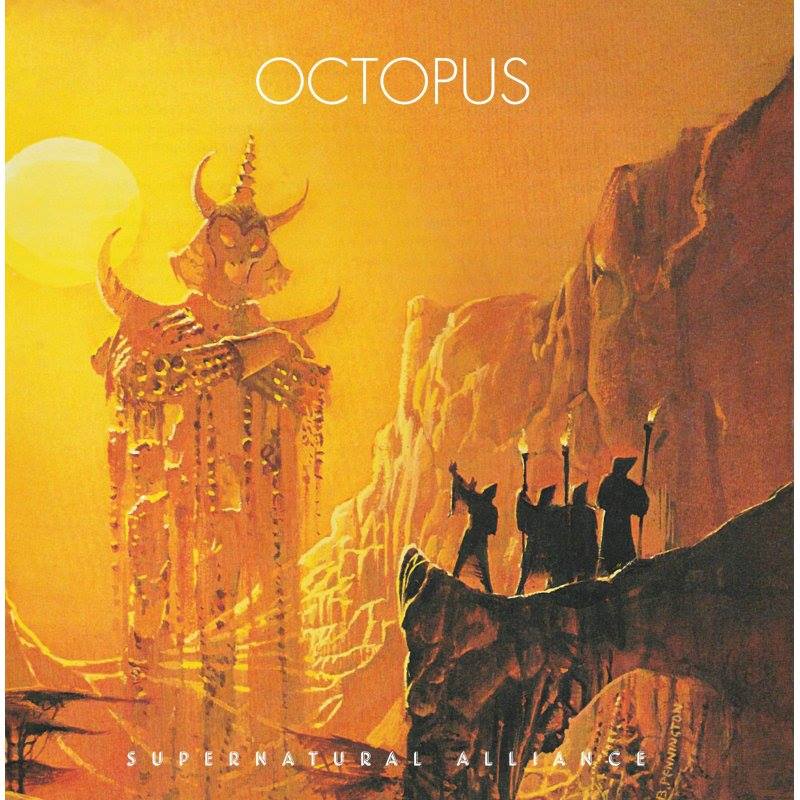 Octopus is a 5-piece band hailing from Detroit, led by the charming female singer Masha Marjieh. Ten psychedelic-like rock tunes feature on this brand new debut `Supernatural Alliance’ and it seems inevitable that a swampy and hallucinating vibe appears along the way. Masha has a calm and clear but strong and cool voice that goes well with this style of music. The girl gets some pretty good back up from her band mates and especially the instrumental, almost hallucinating passages, which includes a fat and retro sounding keyboard layer and wah-wah effect guitar solo’s, adding to the right atmosphere. The recognizable languid moments are strongly present of course but Octopus injects also some rocking and groovy skills. I must say that ,,Strike (While the Iron is Hot)’’ is a real swinger that sounds different than the other songs. ,,Child Of Destiny (Inaugural Trilogy, Part 3)’’ is a pretty cool song that displays even a more spacy and cosmic sound. There is also some heavy shit and doom going on on this CD, like with ,,The Unknown’’. A complete change of scenery and the most far out drug trip on `Supernatural Alliance’ is for sure ,,Fleetwood Mac’’, but once you returned to planet earth, the two last heavy rock songs ,,Black Dynamite’’ and ,,Dragonhead’’ make sure you will stay with two feet on the ground.