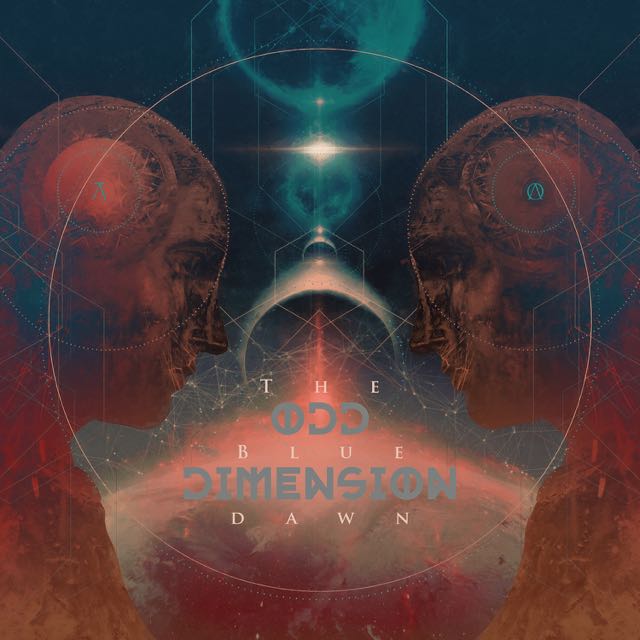 Not so long ago this web magazine presented an interview with the Italian progressive rock and metal band Odd Dimension. They just released their third album, the first one with their new vocalist Jan Manenti. The lyrical concept and how the album was written, recorded and produced plus the role of several guest musicians like keyboardist Derek Sherinian, Labyrinth vocalist Roberto Tiranti and female singer Sime Aileen was discussed, so this review does not have to be very long as all the relevant information about this group and their new album can be found in the interview section of HeadBangers LifeStyle.

The ten songs make very clear that the musicians of Odd Dimension have put their heart, soul and plenty of blood, sweat and tears into ‘The Blue Dawn’. Every detail of the album has been carefully worked at and each musician had his role in the song writing and construction of the ten tracks, of which most of them are quite extended indeed. This is material that should appeal to fans of Fates Warning, Rush (in their ‘2112’ period) and maybe even Dream Theater. You can hardly fault the efforts by the individual musicians as the album has a nice flow and a good balance between more rockier and more ‘softer’ stuff and the vocals of Manenti add an extra dimension to the overall sound. Especially the title track ,,The Blue Dawn’’ with its ten minutes plus captures exactly the lush sound and capacities of Odd Dimension. After a time spell of some seven years between albums Odd Dimension is back with a bang.