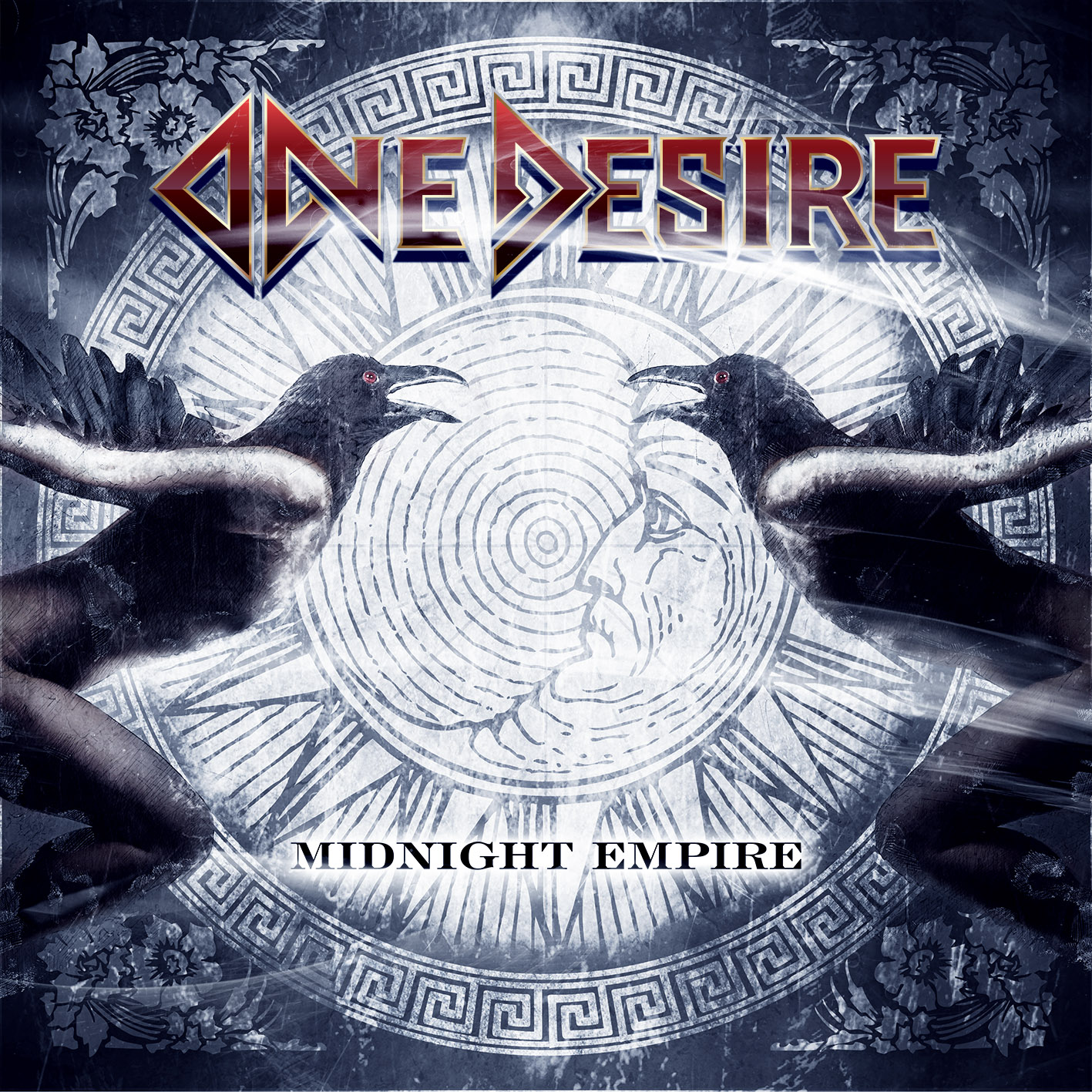 Storming the scene with their impeccable debut and the millions of views accumulating YouTube video ,,Hurt”, One Desire raised the bar for this awaited second album. The gracious melodic rock of their debut bombed them to the front ranks of the melodic rock genre. The hopefuls return with the `Midnight Empire’, and will stun the masses once again.

Ominous tones and radio fragments form the intro to the barnstorming heavy rocker ,,Shadowman”. No light-footed melodic subtlety, but blistering guitar riffs from shredder Jimmy Westerlund and double kicked progressive drums by Ossi Sivula pulling it forward with insane stride. It breaks from the root of the debut, but needless to say that it packs all the typical ingredients and pristine marksmanship of the band. André Linman’s raging vocals power up frequently, while the keyboards pump the sound to arena rocking pomp rock mode. A piercing solo over dense heavy orchestration inject it with insane power suddenly halting for the return of the cinema fragment and piano tingle that morphs into a power haul making it all orbit. It’s the perfect trading card for the new album, which progresses with more power and melodic finesses than its predecessor. Bearing all the ingredients that made it so tasteful, it is the extra impact of power that is eminent on ,,Midnight Empire”. ,,After You’re Gone” is more subtle and comfortable, but also displays a deeper genius section with an epic bridge following the instrumental section and the guitar hero solo. Opening with different notes, ,,Down And Dirty” differs from the regular compositions bearing that specific title. Mega melodic hook like and Andreas using his vocal appeal to uplift the track from the masses. Again the mid section is action packed breakdown with hammering drums and towering choirs powering up towards the blistering solo. The low-end bass of Jonas Kuhlberg is throbbing forward like a heartbeat on red bull. Instantly spitting power is the slick ,,Godsent Extacy”. More on the safe side it is pulled forward by double kicks and low-end bass lines. The riff is transparent in the front packing less signature melody. Melody transcended onto the vocal line that is very effective and nesting, much in the vein of Creye and Degreed. Another absolute top tune is the wonderful ,,Through the Fire”. Acoustic guitar with repetitive lick, string arrangement, elegantly progressing. Somewhat reminiscent to Led Zeppelin’s ,,Stairway To Heaven”, the song oozes the same crackling serenity and unloads with likewise power. Slowly building up tension without losing the gripping comfort of the acoustic lick. The song unexpectedly gears up with an impressive powerful chorus that is the launch pad for it to take off. The coda of the track makes it as memorable as the song’s acoustic lick. Westerlund unloads an intense solo with the band participating on a powerful second half of the song. With every spin the song reveals more of its power and perfection. It is sheer melodic mayhem. Not following the typical melodic paths on every track, One Desire show their creative musicianship with songs like ,,Rio” with its appealing opening and pitching melodic solo, and the slow mover ,,Only When I Breathe”, that evolves on a cross section of Pink Floyd and Bon Jovi, without losing the distinguished OD ingredients. Though one of the (personally) lesser tracks, it does perfectly balance out ,,Midnight Empire” adding an ebbing side. ,,Battlefield Of Love” comes across safe until it stops midway with a short trance fused beat and instrumental section full of jam packed enthusiasm and memorable hooks. It just stuns and doesn’t seize to capture momentum. It’s these unexpected elements that make One Desire so enjoyable and gripping. Awesome breakdown sections, memorable hooks and melodies, and a lot of songs that have a signature coda/extro in which Westerlund holds on to the melodies and tone of the track, making them gracefully fade ’til the dying note.

The new album is pulled forward with impeccable power and bliss, giant anthemic choruses and nesting verses and bridges over powerful riffs and killer hooks. It all gels perfectly and after a spin or two tracks like the video single, ,,Heroes” and the slick ,,Killer Queen” have nested deep in your skull. Mostly following the band’s trademark opening and verse-refrain-chorus-guitar solo-breakdown rules, One Desire always manages to inject great marksmanship and enthusiasm that make it radiate like crazy. But it’s less ordinary tunes that make this album so enjoyable and make it grow on you like crazy. In between the comfort, there’s a lot going to win every listener over. It’s as heavy and powerful as it is slick and comfortable. Just wonderful!