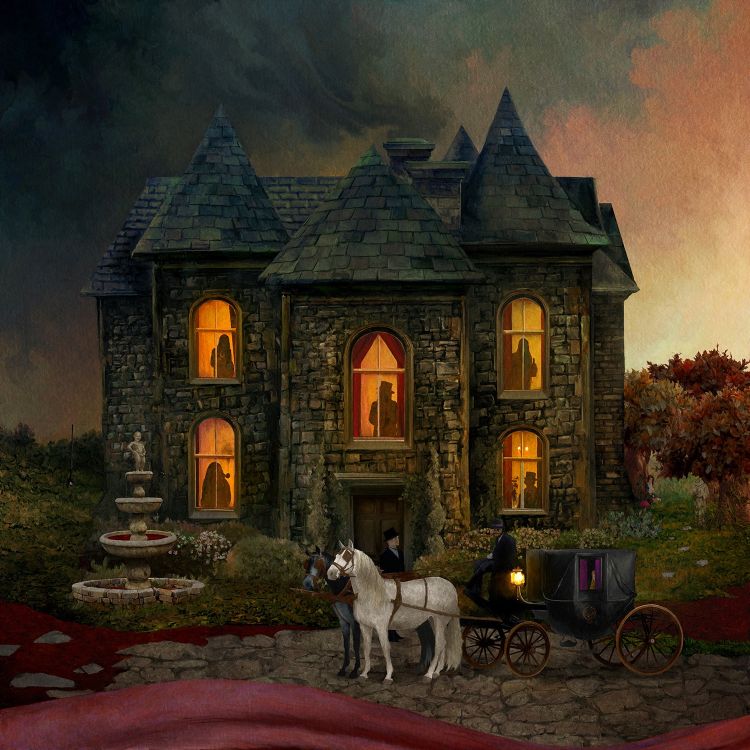 On their 2016 CD ‘Sorceress’ the Swedish top act Opeth made it very clear that their music and style of playing and composing had taken a definitive turn. Earlier albums already indicated a change but on ‘Sorceress’ singer/guitarist Mikael Akerfeldt and his fellow musicians made perfectly clear that the earlier days are exactly what they are. Earlier days, been there, done that, on with the show and in good Akerfeldt style look for your musical boundaries and where possible cross them. On their 13th album ‘In Cauda Venenum’ that is exactly what Akerfeldt and Co. are doing. Yet again Opeth feel the need to explore different grounds without losing the plot. That is for me the strong side of Opeth. They feel the need to explore boundaries and deliver with ‘In Cauda Venenum’ (Latin for ‘poison in the tail’) their most experimental (but not an overcomplicated) album thus far in their stellar career. And the thing is that Opeth does not lose any popularity because of it. People obviously find it fascinating to listen to the music that on this CD is poetic in lyrical but also musical sense. As we already stated three years ago Opeth’s music is no longer that heavy, but has become more intense, more epic and filled with lots of different musical escapades, mixing rock, prog-rock, symphonic rock together with some jazzy parts and bombastic interludes. Stuff to dive into, stuff that has in some cases mystic parts, stuff that has a lot of acoustic interludes, intense progressive parts, some spoken word, you basically name it and the album has it. Also heavy and melodic guitar parts are there to add more colour and taste into a song like ,,Lovelorn Crime’’ and even ,,Charlatan’’ (maybe the weirdest song of the entire record where the band goes all over the place ending up with a big church choir). I admit, this is a record that needs deep investigation and intense listening and you will have to go back to the album several times I guess to comprehend what is happening. It is a record with so many different mood swings, weird passages but overall it is a captivating journey through and with a bunch of songs for which the band has dug deep into their reservoir. The total playing time is over 67 minutes. The album is obviously available in the English language but there is also a version in which all the songs have Swedish lyrics and vocals. For the true fan I suppose that is an extra bonus but I suppose it will be mainly aimed at the Scandinavian rock market. As usual several different versions of this release will be released including a 2-CD version that might feature the English as well as the Swedish vocals, although I am not sure of that.