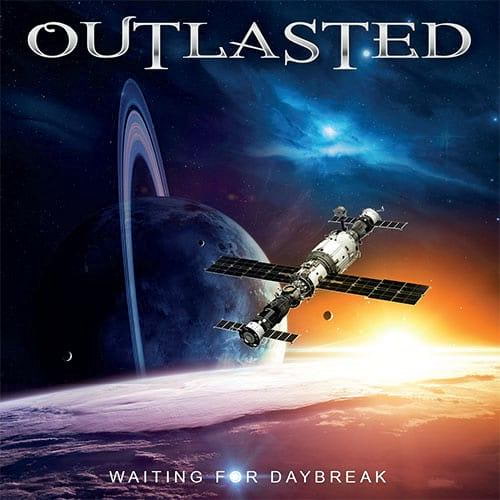 The second album of the Norwegian outfit Outlasted is in a way a logical continuation of the style that was showcased on the debut album ‘Into The Night’. When that album was released the band had already written the bulk of ‘Waiting For Daybreak’ but took their time to write and record the rest also involving vocalist Glenn Wikran in the writing process. In 2018 the band underwent a few changes in the line-up with Lasse Ingebrigtsen as new bassist and Andreas Jentoft as new drummer joining Wikran, guitarist/producer Terje Floyli and keyboardist Odd-Borge Hansen who are the main songwriters for Outlasted. ‘Waiting For Daybreak’ is a pleasant album to pass some time with. The songs are easy on the ear, the musicians are crafted while the music is silky AOR/melodic rock that reminds me sometimes of a band like FM. The level of the compositions is more than acceptable although the main problem is that the band plays it on safe. Especially vocalist Wikran who has a very clear and good sounding voice could have taken a bit more risk in his vocal approach. Don’t get me wrong, he is doing a good job most of the time but he must try in future to beef it up a bit. His singing is in danger of becoming monotonous, a little more variation would have helped ‘Waiting For Daybreak’ a lot. Especially the ballads ,,After All These Years’’ and ,,She’s The One’’ could have used a bit more salt and pepper and the lyrics are really on the soppy side as well. So there are some points for the band to work on but with songs like ,,Chains Of Destiny’’ with its fresh sound and ,,Owner Of My Heart’’ show the potential that is without a doubt present in this group. For a general fan of this genre ‘Waiting For A Daybreak’ is an album that certainly should not be ignored.