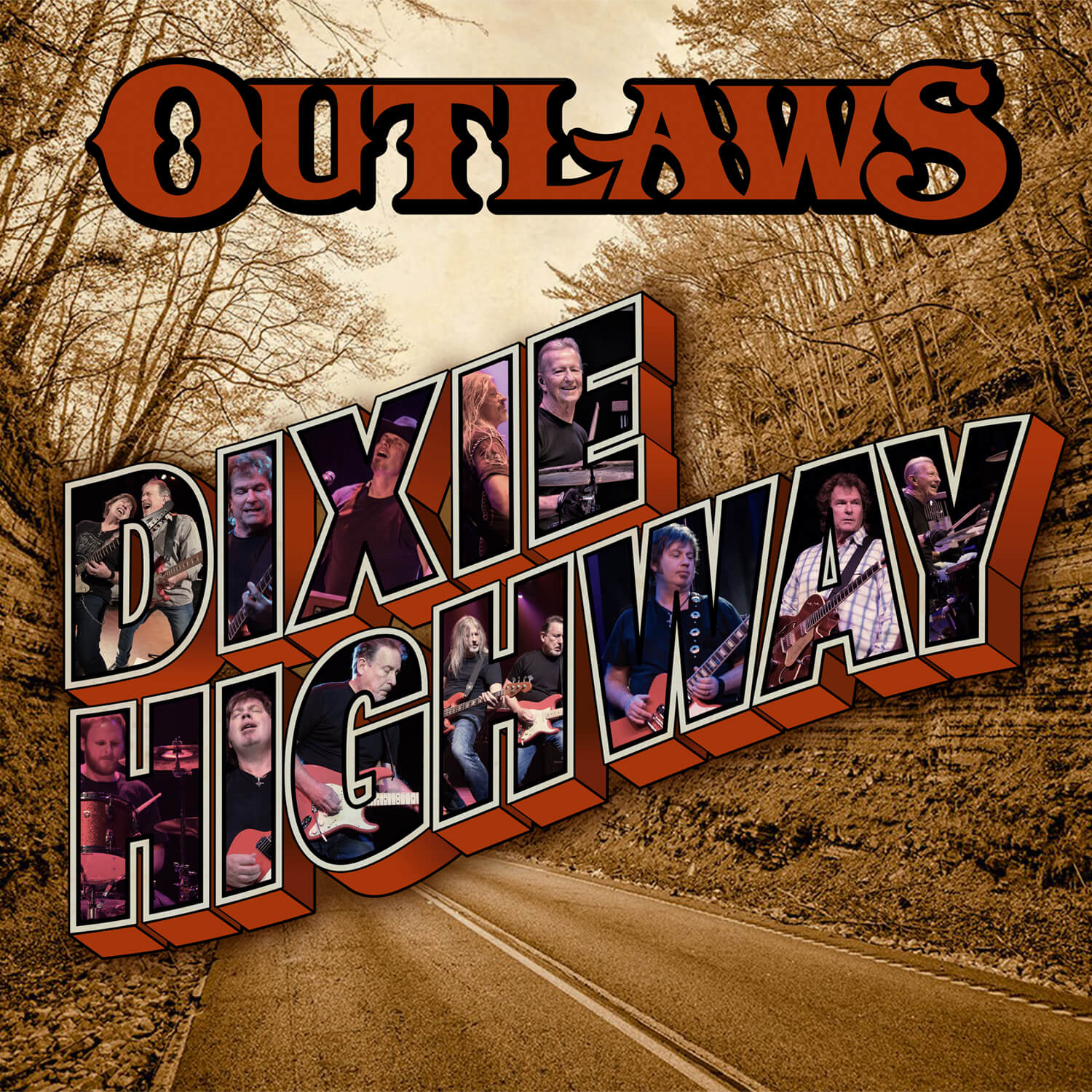 It has been eight years since the last studio album of the Outlaws (‘It’s About Pride’-2012) and almost four years since their last live-release (‘Legacy Live’). Outlaws is one of the last survivors of the southern rock movement. Okay, Molly Hatchet, Lynyrd Skynyrd, .38 Special and Blackfoot are still active but that sums it just about up. For decades the genre has been carried by these names and now that Lynyrd Skynyrd will stop performing soon it raises the question what is going to happen with the genre. Who is going to take over? Bands like Blackberry Smoke perhaps but I never managed to get into their music. It are still the good old names carrying the flag and torch and when ‘Dixie Highway’ kicks off with the song ,,Southern Rock Will Never Die’’, and I hear singer/guitarist Henry Paul sing the lyrics somehow I start feeling melancholic. As for myself I followed the whole genre with passion for decades now realising more and more that southern rock has become a movement for the happy few. Still the quality that the band brings on their latest studio-album gives me new courage. I will be the first to admit that ‘Dixie Highway’ does not bring anything new we have not heard before but the way this seven piece outfit performs the music will do the fan of the genre a world of good. Yes, the triple guitar attacks are there and the Outlaws sound like they always sounded. The big difference with all the other southern rockers is that Outlaws on their albums always play a mix between southern rock, blues and country rock. They use different singers (although Henry Paul is the main vocalist now), two drummers (like Allman Brothers Band and .38 Special) but the most striking element for me with this band has always been the close harmony vocals, sometimes performed in three to four part layers. All these so typical yet very necessary elements can be found on ‘Dixie Highway’. The title track is a nostalgic guitar dominated epic song, as are ,,Endless Ride’’ and ,,Southern Rock Will Never Die’’. The country rock is featured on ,,Heavenly Blue’’ and ,,Over Night From Athens’’, nostalgic lyrics are featured on ,,Boys From Dixie’’ (about the American Civil war) while ,,Showdown’’ is an instrumental where once again melodic guitars perform a duel. ,,Windy City’s Blue’’ is a blues infected rocker while ,,Macon Memories’’ is another nostalgic piece, praising some of the co-founders of the genre: Allman Brothers Band and Marshall Tucker Band. This whole album sounds as predictable as you can expect but I could not care less, as I don’t want to hear anything else than what I heard on ‘Dixie Highway’. This is an old fashioned sounding Outlaws album and I just love it!