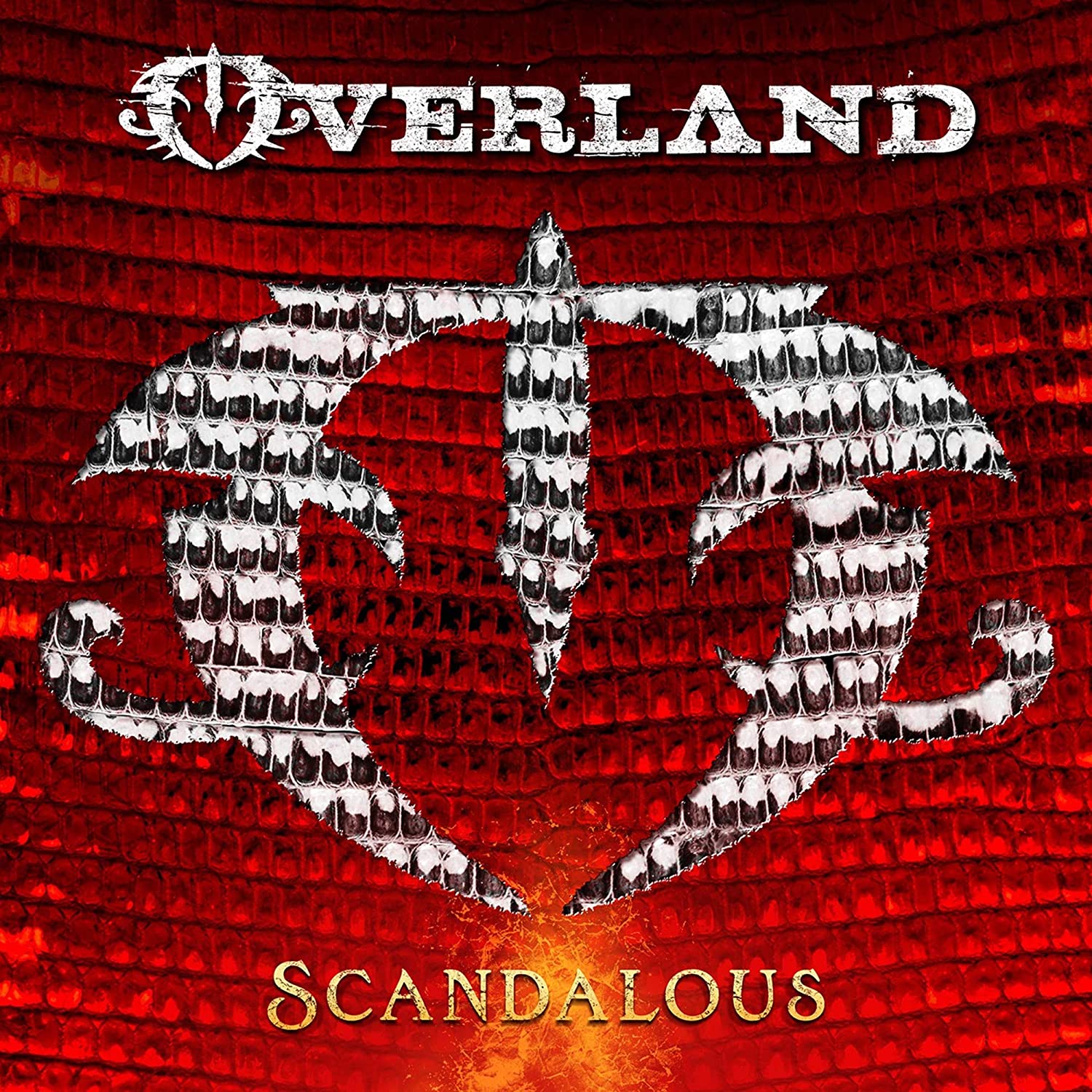 December 4, 2020 by Michel van de Moosdijk - More about our team

It took a little while for this CD to finds its way to Perth, Western Australia but hey, it finally arrived. Singer Steve Overland has a CV that has become quite overwhelming. Wildlife, FM, The Ladder, Shadowman, Lone Rider, Groundbreaker and Ozone are groups and projects that Steve was involved with, of course FM being his main band and that group is still going strong. And under his own name Overland the singer/composer has just released his fifth album entitled ‘Scandalous’.

In the last couple of years Steve Overland has teamed up regularly with Swedish guitarist/producer/composer Tommy Denander, writing and producing together on for instance the last Robert Hart album. Now the two experienced musicians wrote all the music for ‘Scandalous’ and produced it as well with label executive Khalil Turk overseeing things. Veteran drummer Brian Tichy was hired for the whole event as well as bass player/mixer/engineer Brian J. Anthony for also did a lot of work for the Escape label in the last years.

When I heard the twelve songs for the first time while being on the road the album did not make a huge impression on me. But first impressions can be deceiving as I found out myself when the album started to grow on me day after day. The style of Steve Overland should be known by any melodic rocker by now as the man has been in the business for four decades, so you know that Steve delivers on each and every album he sings on. On ‘Scandalous’ he did all vocals, Denander played the guitars and keys while Brian J Anthony also provided some Hammond organ pieces and percussion. Belgian master designer Eric Philippe designed the cover and inlay.

The material does not seem to be very surprising at first, but a closer inspection reveals some superb songs like the silky smooth up-tempo opener ,,Don’t Give Up’’, with brilliant back ground vocal arrangements and a spicy guitar solo. The first half of the CD has in a way similar songs although the riff on which ,,Never Say Die’’ is based is really heavy and a punch in your stomach. Just at the right moment Overland and Company switch to a bluesy track in the form of ,,Changing Times’’, just after the rocker ,,Blackheart’’. ,,Changing Times’’ has become my favourite track with its great bluesy feel in the singing as well as in the guitars. It is as close to a blues rock ballad as you can get. ‘Scandalous’ has actually a bit of everything, some in between tracks that are laid back and could even have a slight West Coast character (,,The Trouble With Love’’) while ,,Unchained’’ rocks on nicely and ,,God Made An Angel’’ has yet again a (slight)  bluesy feel.

To cut a long story short ‘Scandalous’ might need a few spins to get you going but aren’t those kinds of records the ones that become one of your favourites later on? Smooth, silky but with enough bite to keep you amused and attentive! I believe the next record that will feature Steve will be the second Lone Rider album, scheduled for the first half of 2021. Until that is the case ‘Scandalous’ shall regularly be found in my CD-player.