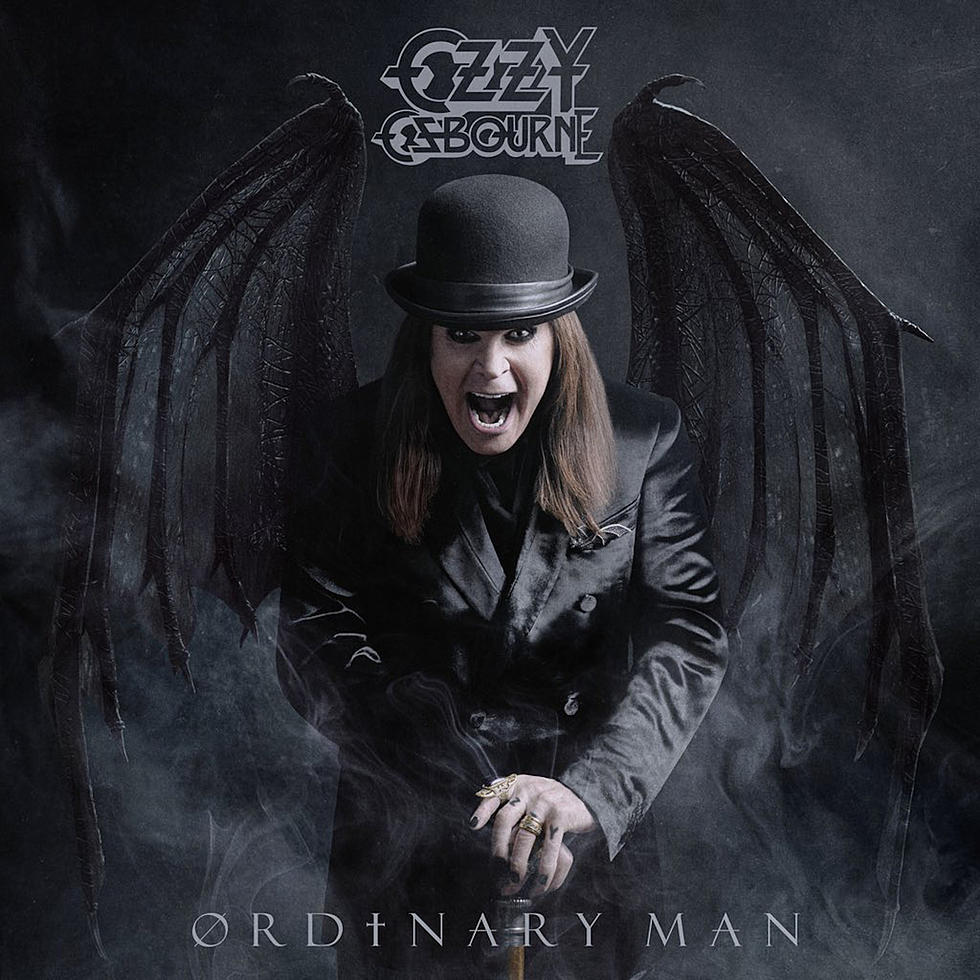 Seeing the fact that I always loved Black Sabbath and Ozzy I was really looking forward to the 12th studio album of the Prince of Darkness! When Ozzy was “kicked” out of Sabbath I felt really sorry for him (and for BS as well..) but luckily he started an excellent solo career and some of his albums, featuring Randy Rhoads (‘Blizzard Of Ozz’ and ‘Diary Of A Madman’) and Zakk Wylde (‘No More Tears’ and ‘Ozzmosis’) are genuine metal gems, which will stand the test of time without any discussion.

Now, after a 10 year hiatus Ozzy “returns” with his 12th studio album called ‘Ordinary Man’ and I have to say that after a couple of spins I was really kind of disappointed. Well, let us start with the good news as ‘Ordinary Man’ indeed has a couple of strong moments and they can all be found at the beginning of this album. ,,Straight To Hell” (with a wink to BS’s `Sweet Leaf’) opens this album fantastically, as it is an almost classic Ozzy metal track, followed by ,,All My Life” which features an amazing power riff by Duff McKagan! ,,Under The Graveyard”, the first single of this album, is another great metal song with rather interesting lyrics. Of course, Ozzy has gathered some great musicians (Chad Smith (drums), Andrew Watt (guitars) Duff McKagan (bass guitar) and Slash (on two songs) around him to make this album a success. However there are definitely TOO few genuinely memorable songs on this album as mediocre songs like ,,Today Is The End” or the rather weak Beatles-like power ballad ,,Holy For Tonight” will not really appeal to the die-hard Ozzy fans. But, there is worse to tell, as the complete Ozzy-unworthy title track almost bores you to death, seeing the fact that this pop boredom one piano chord duet with Elton John, also featuring a Slash-unworthy ,,November Rain”- like uninspired guitar solo, is in my humble opinion the worst Ozzy song I have ever heard! Ozzy’s vocals on the song ,,Ordinary Man” by the way, sound so auto tuned as if you are listening to a metal robot….  After listening to that horrible song, it is a sheer metal treat to listen to decent hard rock songs like ,,Eat Me” and ,,Scary Little Green Men”. However, Ozzy saves the worst for last as the last two songs (,,It’s A Raid” and “Take What You Want”) feature guest “musician”, rapper and songwriter Post Malone. Need I say more; especially ,,Take What You Want” (Ozzy goes hip-hop??) is filled with electronic beats and the laconic vocal style of Malone!! I really think that these last two tracks are REALLY out of place on Ozzy’s 12th and probably last studio album; this is really an awful way to end this album as it started so well with a couple of very good metal tracks with Ozzy’s vocals being almost top notch. `Ordinary Man’ defiantly leaves me with mixed feelings, so I think that I will put `Blizzard Of Ozz’ on my turntable again and enjoy a real Ozzy Osbourne rock/metal album; cheers mate!