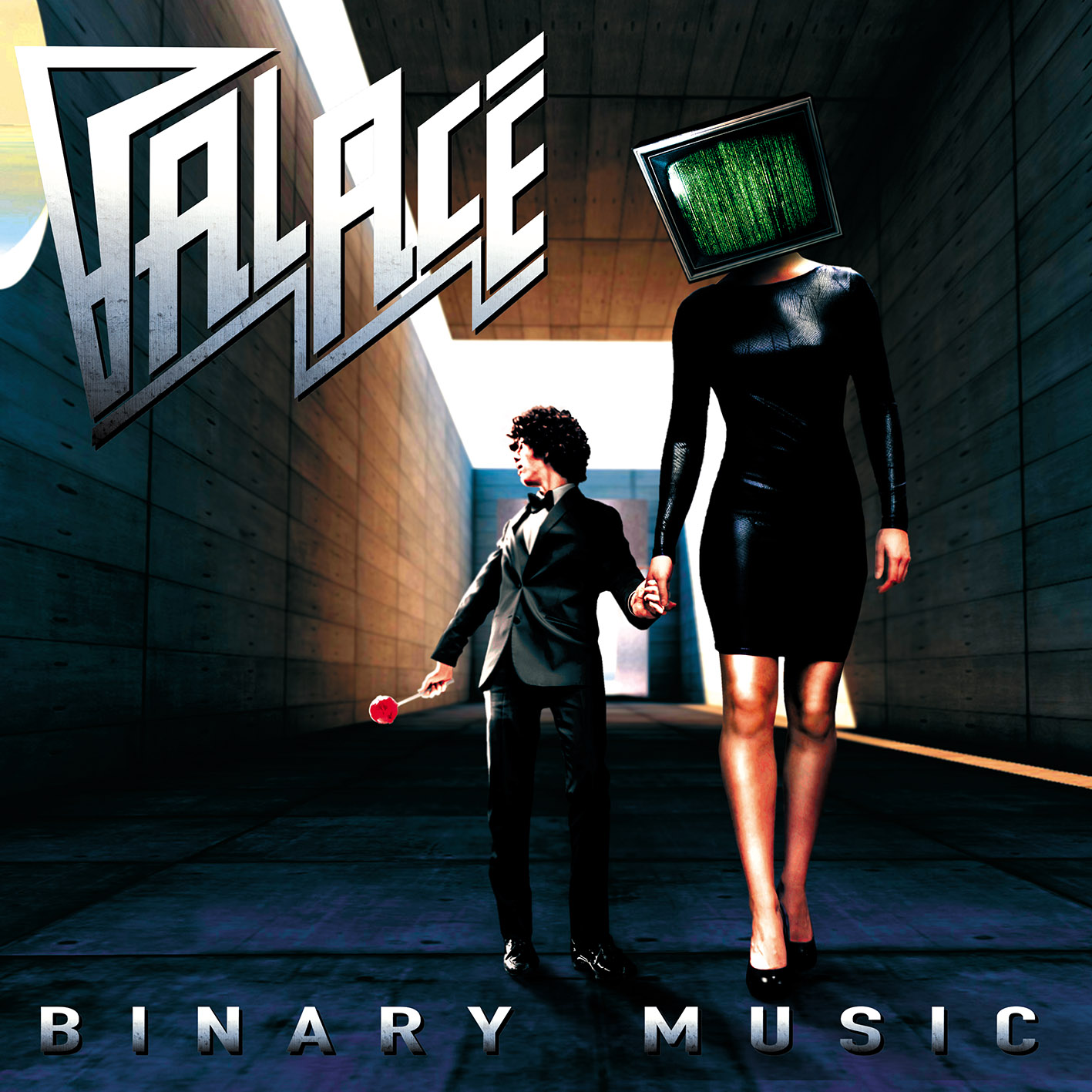 Guitarist Michael Palace has been pretty active in the last couple of years. Most of the time he was called in as a hired gun on albums from First Signal, Cry Of Dawn, Find Me, Toby Hitchcock and Kryptonite delivering first class guitar contributions. But Palace has other ambitions as well. He showed that by releasing the classic rock CD ‘Master Of The Universe’ under the banner of Palace, singing the songs himself and he did a good job on that one. It gave him the confidence to give it another crack with ‘Binary Music’ with the assistance of Daniel Flores, with whom Michael Palace has collaborated many times in the past. With the vast experienced Flores looking over his shoulder Michael also managed to produce this record. If you think that ‘Binary Music’ is just a continuation of ‘Master Of The Universe’ you are mistaken. This record has a lot more variation. You might even say that Michael Palace has been slightly changing his style adding a layer of keyboards and synthesizers to the sound and delivering songs that have mid-eighties pop rock influences in them. At first I was wondering what was going on as not all songs seemed to have an effect on me but the more I started investigating the music, the sound and the performance of Palace as a vocalist the more intrigued I became. I think that Michael Palace realises himself that this album will raise some eyebrows and get mixed reviews and reactions, but the man has stuck his neck out on this record with daring compositions, massive choruses and by showcasing his singing. The one aspect that has stayed behind perhaps is Michael Palace the guitarist. Not that there are no interesting guitar parts on ‘Binary Music’, there are some indeed, but it is clear that the focus on this CD was and is different. Some songs are really exquisite like the rocker ,,Tears Of Gaia’’  or even ,,Julia’’ where the guitar has a more prominent position. But he song that will raise eyebrows is without a doubt ,,Queen Of The Prom’’. A song that you would have expected from ….Queen but not necessarily from Michael Palace. What am I trying to make clear? The fact that Michael Palace (with the help of Daniel Flores) has been looking for different musical avenues and he has found some nice ones. Give this CD a chance and I think you will agree with me that Michael Palace has become a more allround musician than he gave himself credit for…. Can’t wait to hear what the third Palace CD will bring us.