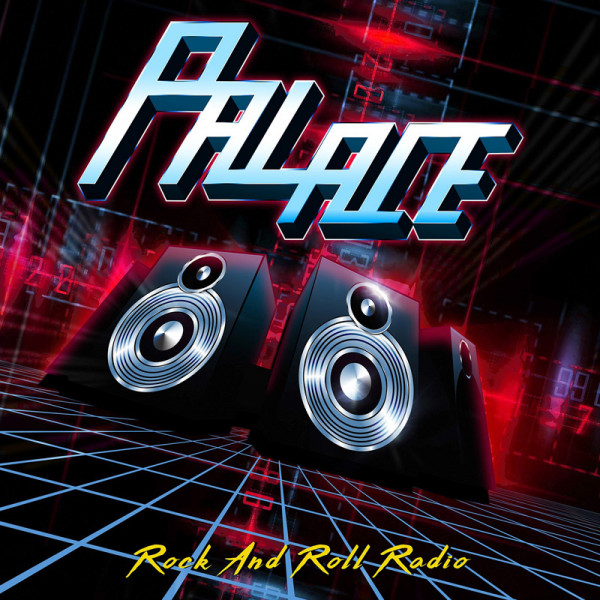 December 9, 2020 by Michel van de Moosdijk - More about our team

It is actually funny to look at the line-up of Palace: Michael Palace – everything. A solo-album in its very purest form, apparently with no outside help at all for the third Palace album. The first two Palace albums ‘Master Of The Universe’ and ‘Binary Music’ were already two little gems and for people who have a fine taste for a light hearted mix between AOR, melodic rock and a modest portion of Westcoast rock (the track ,,When It’s Over’’) ‘Rock And Roll Radio’ is a record they really can’t afford to miss. With big vocal layers, impressive choruses and song material that is extremely accessible and catchy producer/multi-instrumentalist/vocalist Michael Palace has outdone himself again in my opinion. With their joyful character most of the songs are absolutely ready to be played on a rock and roll radio station, as the record company could almost select any song on this album to be featured as a single.

From opener ,,Rock And Roll Radio’’, ,,Castaway’’ (two up-tempo feel good songs), the ballad ,,Eleanora’’, the hot blooded track ,,Hot Steel’’, the pretty ,,She’s So Original’’ and the closer ,,Fight’’ Michael Palace shows us a variety of his musical arsenal with greatly arranged vocals, at times razor sharp  guitar work, colourful keys and a decent drum sound (most likely programmed) this is a joyful and very easy to digest rock record. No hidden messages, no gimmicks just honest, reasonably slick rock songs performed by a very talented bloke that has built up a good name in the scene for his work with lots of other acts but is at its best when he his working for and by himself. This record proves that. And what also is important is that there are no fillers to be found on ‘Rock And Roll Radio’, a record with a consistent (high) quality.