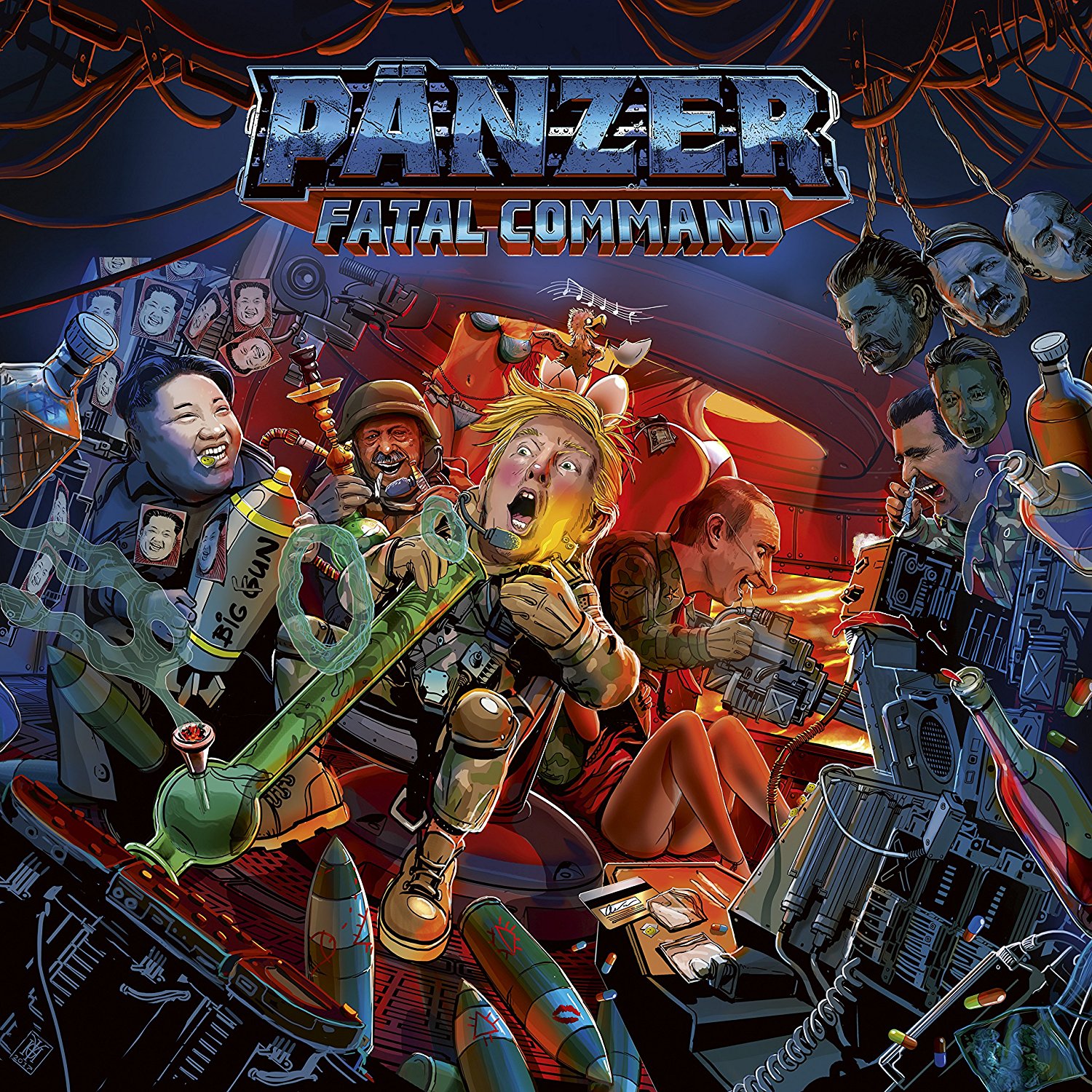 December 8, 2017 by Michel van de Moosdijk - More about our team

Some three years ago drummer Stefan Schwarzmann and guitarist Herman Frank (both with a past in Accept) started a band together with Destruction boss Marcel Schirmer (bass/vocals) who is known in the business as Schmier. They released an album called ‘Send Them All To Hell’. Fans of pure thrash and fast heavy metal were happy with that blasting CD, largely influenced by Judas Priest, Accept and Motörhead. In 2016 Frank left to concentrate on his own career and was replaced by Gurd and Poltergeist guitarist V.O. Pulver and even HammerFall guitarist Pontus Norgren joined the group. Now the second Pänzer album has been created and released with twelve songs including a version of the Saxon classic ,,Wheels Of Steel’’. The first album had also a cover, ,,Murder In The Skies’’ from Gary Moore, but that did not turn out so good as Schmier is not really used singing rock songs. ,,Wheels Of Steel’’ is more up his alley. For the fans of fast thrash and heavy metal with devastating riffs and sparkling guitar solos, thundering drums and a pulsating bass blasting through your speakers and liking the first album, ‘Fatal Command’ is almost a carbon copy but with a few small changes. There are two guitarists now so the interaction between the two is a little bit more exciting. Schmier is a vocalist with a certain style and sound being the main man in Destruction. With Pänzer his vocals are a bit more melodic perhaps but in general he stays close to what he has done all those years before. The influences are sometimes hard to deny. ,,The Decline (…And The Downfall)’’ seems to be inspired by Judas Priests ,,Metal Gods’’, there can even some Iron Maiden flavour be detected in one or two tracks. Therefore it is easy to conclude that Pänzer does not play ground breaking metal, far from, but what they do, they do it loud, hard, fast, uncomplicated and in most cases with style. Top marks for the cover where you see the faces of several world leaders present and from the past, idiots that have caused and started wars where Panzers and other tanks were rolling, and idiots who are currently making life difficult, hopefully not resulting in another war. Like I said, ‘Fatal Command’ does not sound very original but is brutal and 100% pure thrash/heavy metal!!