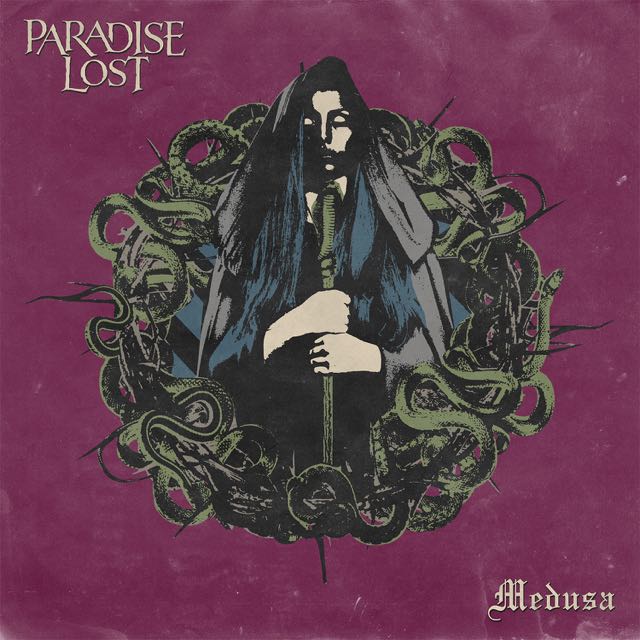 What a career. Formed in 1988 and just two years later, Paradise Lost made their debut with the album `Lost Paradise’. Then, two years later they wrote one of their biggest hits „As I Die’’ and already released album number three `Shades Of God’. The Paradise trademark doom sound was born. Within the following years Nick Holmes and the boys tried to find their sound, going more into the gothic style and even crossed borders with bands like Depeche Mode on their 1999 album `Host’.
But Paradise Lost wouldn’t be Paradise Lost if they wouldn’t keep on evolving their musical sound, to always keep their trademarks alive. Some say, when you grow older, you calm down. This is definitely not valid for Paradise Lost. The current album `Medusa’ is probably the hardest and meanest CD the band has released in years. They go back to their roots and the eight epic songs are heavy as fuck. I say: this is doom at its best, although I’m not a specialist but a guy who followed the band through the nineties. To me Paradise Lost proofs they are not old men yet.