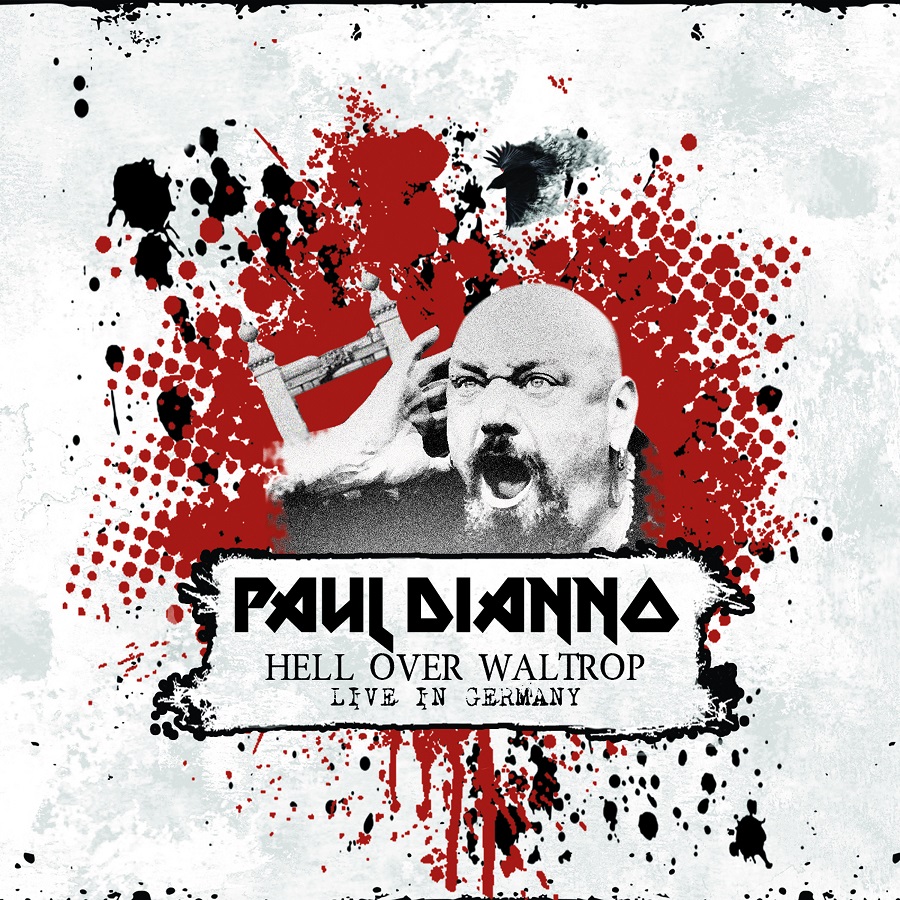 He was the singer of Iron Maiden on the first album and the second one ‘Killers’ before being replaced by Bruce Dickinson. Paul Di’Anno is after all these years still a hero for the Iron Maiden fans and that status is basically the reason that he is still in music. When you read his story after being fired by Iron Maiden you can’t help but feeling sorry for him. Sure, a lot of things were his own fault (five marriages, prison time, drug abuse and other mishaps) but in the time when he was okay and delivered some good music with the bands Battlezone and Killers (the first album ‘Murder One’ is a cracking metal record) he did not have a lot of luck. Paul has been through the ringer as well, as his health has declined the last years. During the years Paul really did not have any stability around him especially not in his musical career. It has been a rollercoaster ride with more downs than ups. ‘Hell Over Waltrop – Live In Germany’ is a live-CD that was recorded on a festival in Waltrop on August 27, 2006. The show he did with this then German fellow musicians was recorded live but not released at the time because of technical difficulties. The recordings were put away until producer Thomas Mergler found them in his cellar. With new modern techniques at his disposal he managed to repair the damage to the recordings making them suitable for release some fourteen years later. The question is: why is this released? It has been so long ago and when you listen to the mix of Iron Maiden, Battlezone and Killers songs and the Ramones cover ,,Blitzkrieg Bop’’ at stages you wonder what the hell is happening. Okay, the recordings are as rough as guts, pure and right in your face. That must be said but can that be seen as a positive point? I beg to differ. Sometimes it is like you are hearing a speed metal band. The speed ruins songs like ,,Sanctuary’’ and especially the Killers song ,,Impaler’’. And when Paul sings ,,Remember Tomorrow’’ it becomes painfully clear that his good days are far behind him. As for the diehard Di’Anno fans these recordings might be a blessing in disguise as Paul’s health has declined (the question is will he ever record or release a new product again), but as we brush the sentiments away it is as clear as day that ‘Hell Over Waltrop – Live In Germany’ is not Paul’s finest hour. Only to be recommended to the real die-hard fans from the first Iron Maiden years.