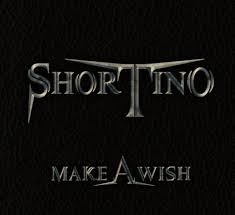 As far as I am aware the latest solo-album of former Rough Cutt and Quiet Riot vocalist Paul Shortino so far is only out in Japan. They are working on USA and Europe releases apparently. You might remember Paul from the two above mentioned bands but he also made a lot of other albums with for instance guitarist JK Northup. For this one Paul teamed up with one of latest Japanese upcoming guitar heroes Nozomu Wakai who in 2018 made a cool record under the banner Destinia (entitled ‘Metal Souls’) with Ronnie Romero singing. Shortino has always had and he still has this deep distinctive and very powerful voice and on ‘Make A Wish’ the veteran proves that even after years in the business there is nothing wrong with his vocal chords. His singing is as strong as solid as in his Rough Cutt days. That is a big bonus as there are plenty of veteran singers who these days can’t cut the cheese anymore but still desperately try to. Shortino is not one of them. His guest list on ‘Make A Wish’ is enormous and impressive. Our new Japanese guitar hero is his main partner on this one but there are spots there for guitarists like Doug Aldrich (The Dead Daisies), Rowan Robertson (former Dio), Carlos Cavazo (Quiet Riot), Dweezil Zappa, Lords Of Black drummer Andy C., former Accept bass player Peter Baltes, Phil Soussan (bass-Last In Line), Jay Schellen (drums,-ex-GPS/Asia/Sircle Of Silence), bass player Marco Mendoza (ex-The Dead Daisies/Thin Lizzy), Uriah Duffy (bass, ex-Whitesnake) and former Pantera/Damage Plan/Hellyeah skin beater Vinnie Paul, who passed away almost two years ago. So some of the recordings have been a while in the making. The record starts with a surprise version of the 1975 hit ,,Send In The Clowns’’, originally recorded by Judy Collins that has been transformed into a metal version. Eh….the jury is still out on that one. The bulk of the songs on ‘Make A Wish’ are solid old fashioned melodic metal songs with some shredding by mister Wakai and are carried by Shortino’s big voice. For variation a few ballads have been added. Among them the title track of this album that misses some pepper and salt I must admit. ,,Beat Of My Heart’’ is a laid back bluesy track that fits well with Paul Shortino’s voice, the rest of the material is pretty solid standard melodic metal that brings back memories of when this kind of music ruled the waves in the eighties. Paul Shortino is not a guy that likes to experiment and maybe it was the wish of his Japanese record company to stick to that classic sound and if so then Paul Shortino, his guests and Nozomu Wakai have answered the call.