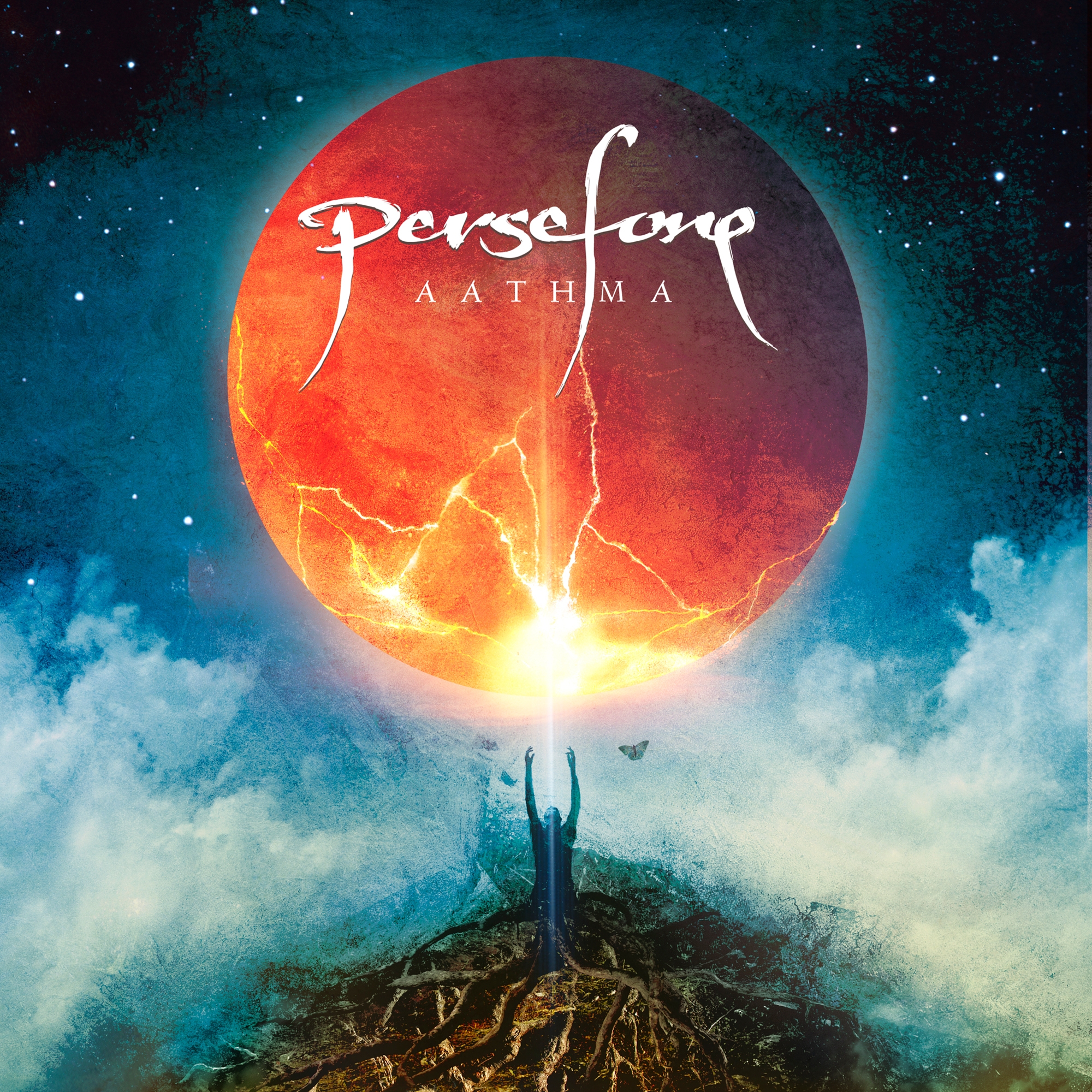 Almost four years have passed since Persefone unleashed their critically acclaimed album `Spiritual Migration’. An impressive collection of great musicianship that took both the press and the listeners by storm. The new album `Aathma’ was mixed and mastered by legendary producer Jens Bogren and is the first outing of the Andorra progressive metal attack featuring the new line up. With founding member Jordi Gorgues being replaced by Filipe Baldaia, the band only gained momentum. Shaking off their technical death harshness in favour of a more epical and atmospherically overall flavour, Persefone has reinvented their unique approach to metal music. At times the band flirts with the technical highly melodic uproar of good old Dream Theater and implemented lush ambient tones into their death metal, killing off the overhaul of nerve wrecking heaviness without losing the uncompromising power of the first albums. Because of this refreshing new approach, `Aathma’ has the ability to attract more attention from a broader audience and sounds more appealing to many. ,,An Infinitesimal Spark’’ swirls atmospherically into the progressive perfection of ,,One Of Many’’ pasting the outline for the band’s first strike ,,Prison Skin’’. Melodically strong, intervened by the first growls and grunts, the song spits gravel. Growing momentum and impeccable musicianship pull it forward in great harmony before dropping the ball and returning to their acclaimed harsh death metal sound with ,,Spirals Within Thy Being’’. It’s this balance between the full frontal blasts and grunts and their newly paved way to a wider acceptance that makes this album more dynamic and thriving than it’s predecessors. The power captured within their roots combined with the more ethereal and epic atmospheric tingling is simply magnificent. Check out the uncompromising sonic bombardment of Persefonic perfection in ,,No Faced Mindless’’ compared to the utterly brilliant and mysterious ,,Vacuum’’ or the jaw dropping greatness of ,,Cosmic Walkers’’, in order to catch my drift. The balance is simply wonderful and throughout the album the music will bring you closer to the edge of your seat with every second progressing towards the end masterpiece. The 20 minute long title track is a masterpiece and standalone tour de force pawing into your brain instantly. It’s powerful and gripping, dark and cynical, with an overwhelming display of musical genius. Blunt drum blasts coinciding with harsh breaks and tempo being shifted back and forth while guitars duelling in perfect tone. Arpeggios flying front to back and the harmonies are sheer brilliant. Fierce riffs tractor forward with piano and keys swirling onto great heights. The sophisticated touch of perfection is felt all over `Aathma’ and the band clearly widened their horizon sonically and musically. The title track is the perfect ending of an impressive and inspired album with a band living up to their acclaimed status. `Aathma’ features guest appearances from vocalist Merethe Soltvedt and Leprous guitarist Øystein Landsverk and Cynic’s Paul Masvidal joining forced with Persefone on ,,Living Waves’’.
Persefone is likely to shake off their cult status and with `Aathma’ might be able to reach beyond the genre. The band shows growth and matures even with every spin of the disc. `Aathma’ is a step up to stardom and deserves wider recognition.