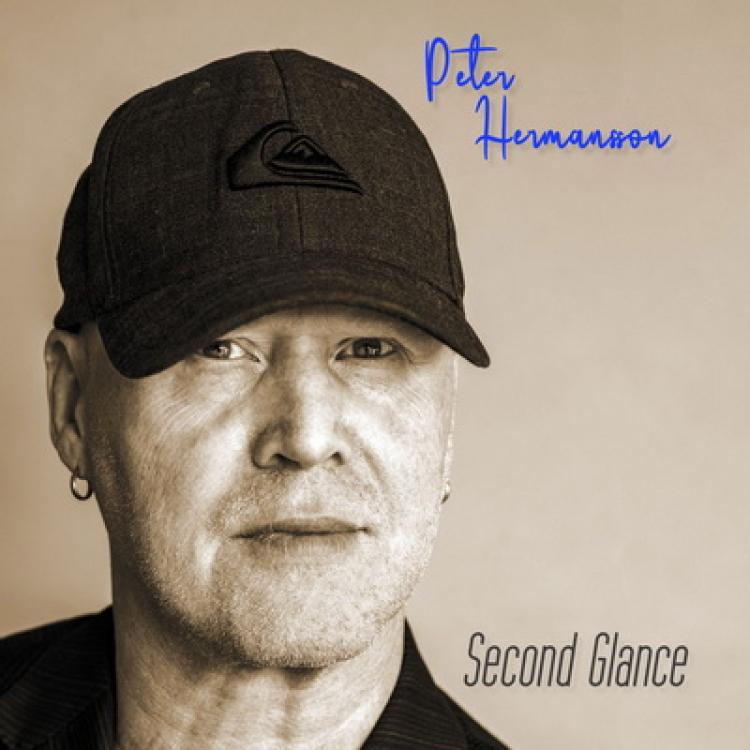 You might state that Peter Hermansson is a musician that has been around for a very long time. Already in 1982 he was the drummer for Swedish band 220 Volt, a band that still exists today with Peter in it but has not released any new material since 2014. Peter has been around the block a few times, had a spell in Talisman and John Norum as well and has appeared as guest musician on many other records. He is a song writer, producer, he can play drums and bass, he can do it all, even singing. In 2013 he already released a solo-EP called ‘Black Cloud’ but ‘Second Glance’ is if I am not mistaken his first real ‘own’ album. Obviously Peter has built up some contacts throughout the years so when he started writing and recording he took out his little black book and invited a bunch of musicians to lend their talents to his project. A few names? Europe’s John Leven (bass), Danish guitarist/producer Martin J Andersen, guitarist Janne Stark and many more. Together with all of his friends Peter Hermansson has come up with a melodic rock record where he does all the lead vocals himself. ‘Second Glance’ is a very versatile record where you find hard rocking songs like the energetic opener ,,A Revolution’’ and a just as energetic version of the evergreen ,,I Don’t Need No Doctor’’ or more atmospheric tracks  like ,,Last Goodbye’’ and ,,Send Me An Angel’’ where he sounds really fragile when he sings and it just beautiful. You can hear that Peter is not a singer from trade but he does a real good job overall. Add to all that a cool sound and crisp production and ‘Second Glance’ has turned into a modern rock record with lots of classic features by a seasoned musician who can do a lot more than people might have expected from him. A nice and lasting album.